What kind of spider is this? Bolivia

Can anyone help me identify this spider found in Cochabamba, Bolivia. It is quite small. This photo shows it on a normal mortar layer between brick. 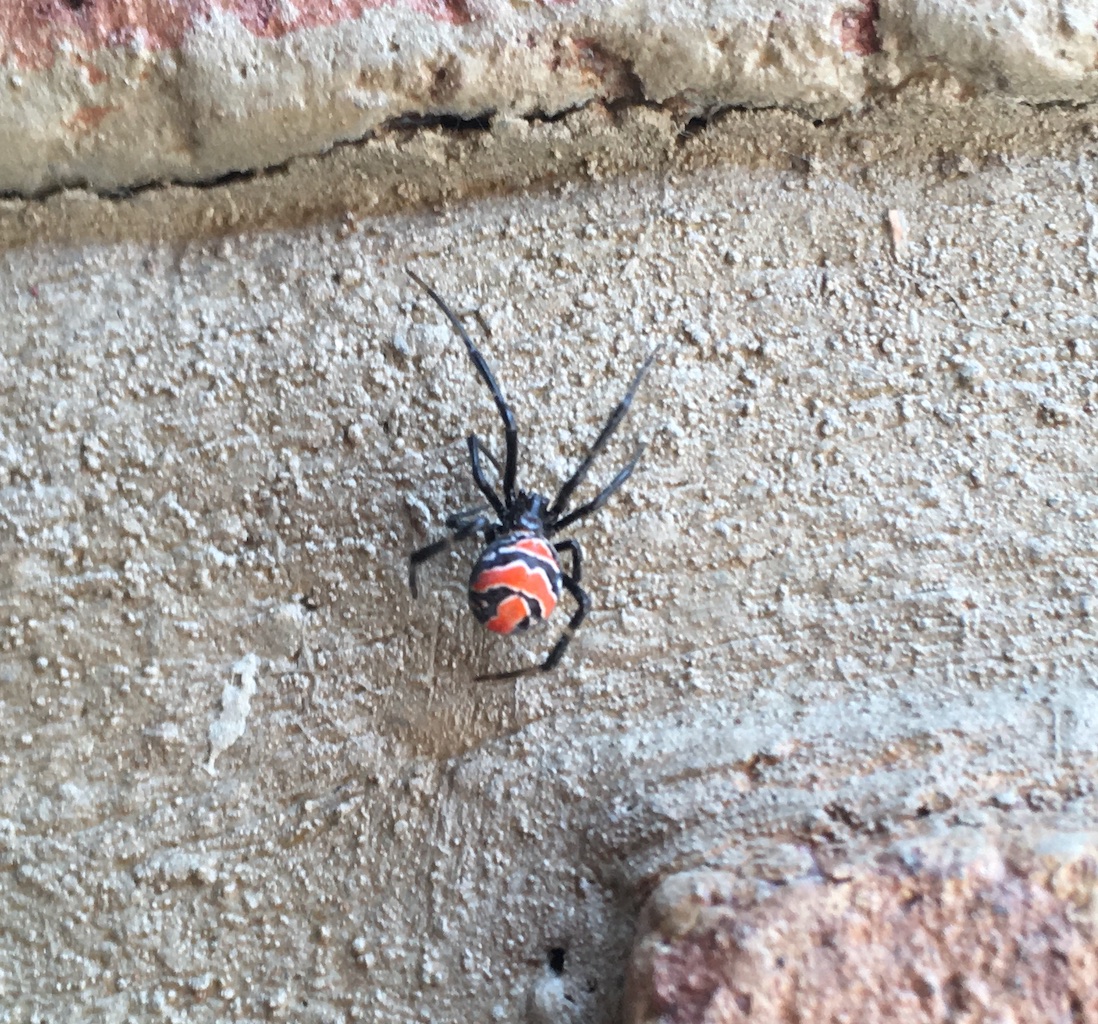 It's a (possibly subadult) female Black Widow. Subadult females often have some level of red or red and white markings on the upper surface of the abdomen, and females of some species retain those markings even into adulthood - the notorious Redback (Latrodectus hasselti) being an examnple of that. Black and red is a very common "Danger!" signal in nature, so you should be a little leery when you see it. This one looks like Latrodectus mirabilis, which Garb, Gonzalez and Gillespie have marked in the area of Bolivia. I know almost nothing of this Widow, but since most Black Widows are pretty similar in their habits and venoms, I feel pretty confident in saying that you probably do not want to get bitten by this spider. It would be extremely painful, and would probably give you a couple of very bad days until the effects eased up. Widows don't usually tend to bite unless physically injured, but you probably want to shake out your boots in the morning before putting them on..

Here's the link to the Garb paper:

And here's a nice Spanish language blog that features this photo of L. mirabilis: 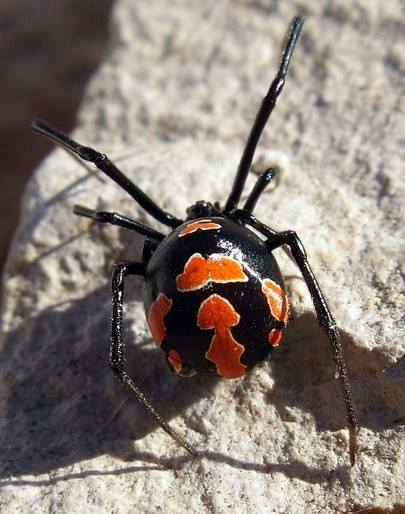 5
What species is this large-ish spider?
7
What is this spider, and what is this object that emerged from its rear end?
2
What type of spider is this? VA, USA
4
What is the identity of this spider from India?
6
Can someone help me identify this spider?
4
Can someone identify this odd looking spider?
3
Help identifying spider found in central Indiana US
3
Identify a small spider from southern Poland / eastern Europe
0
What kind of spider is this? From New Zealand