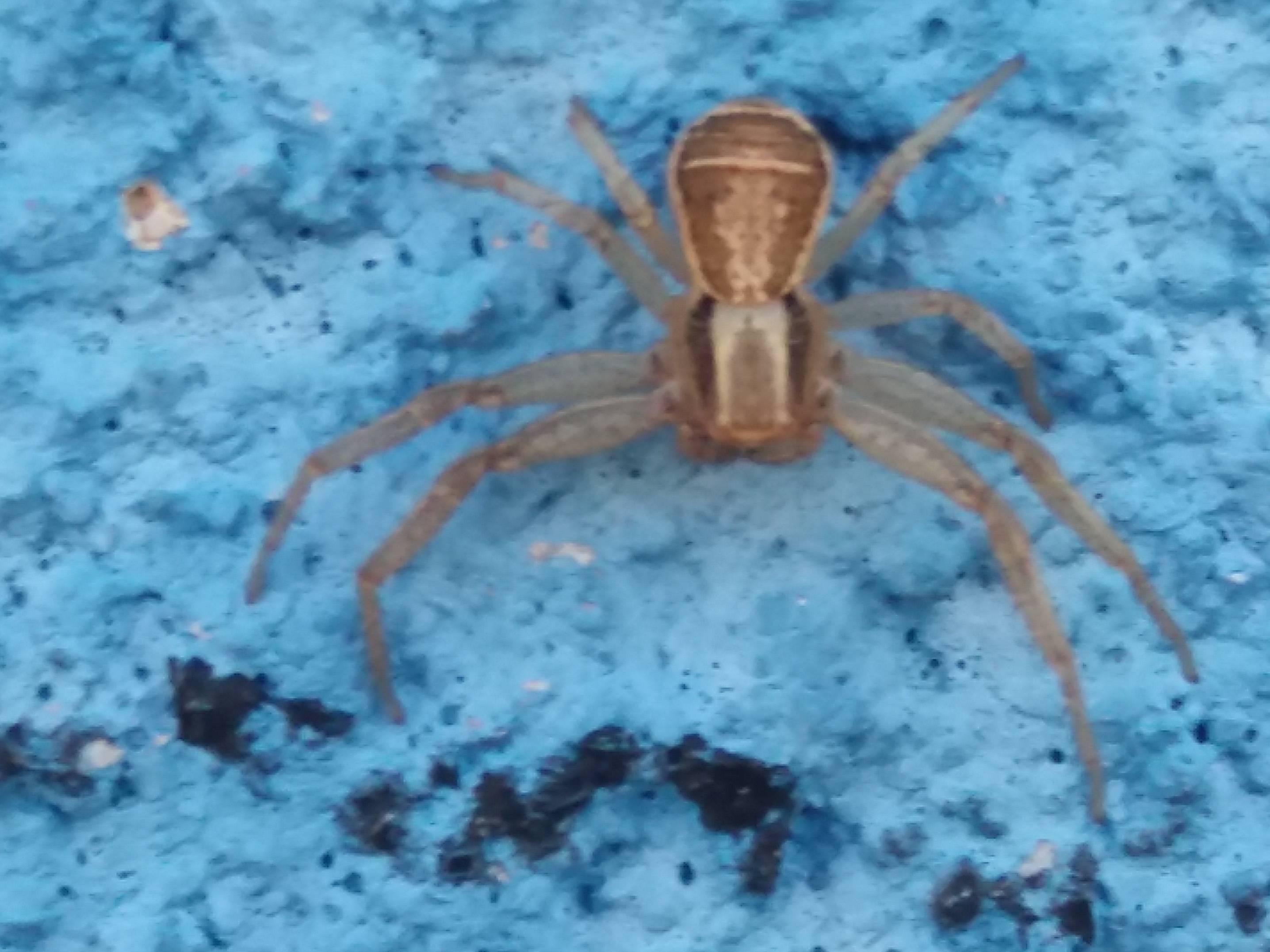 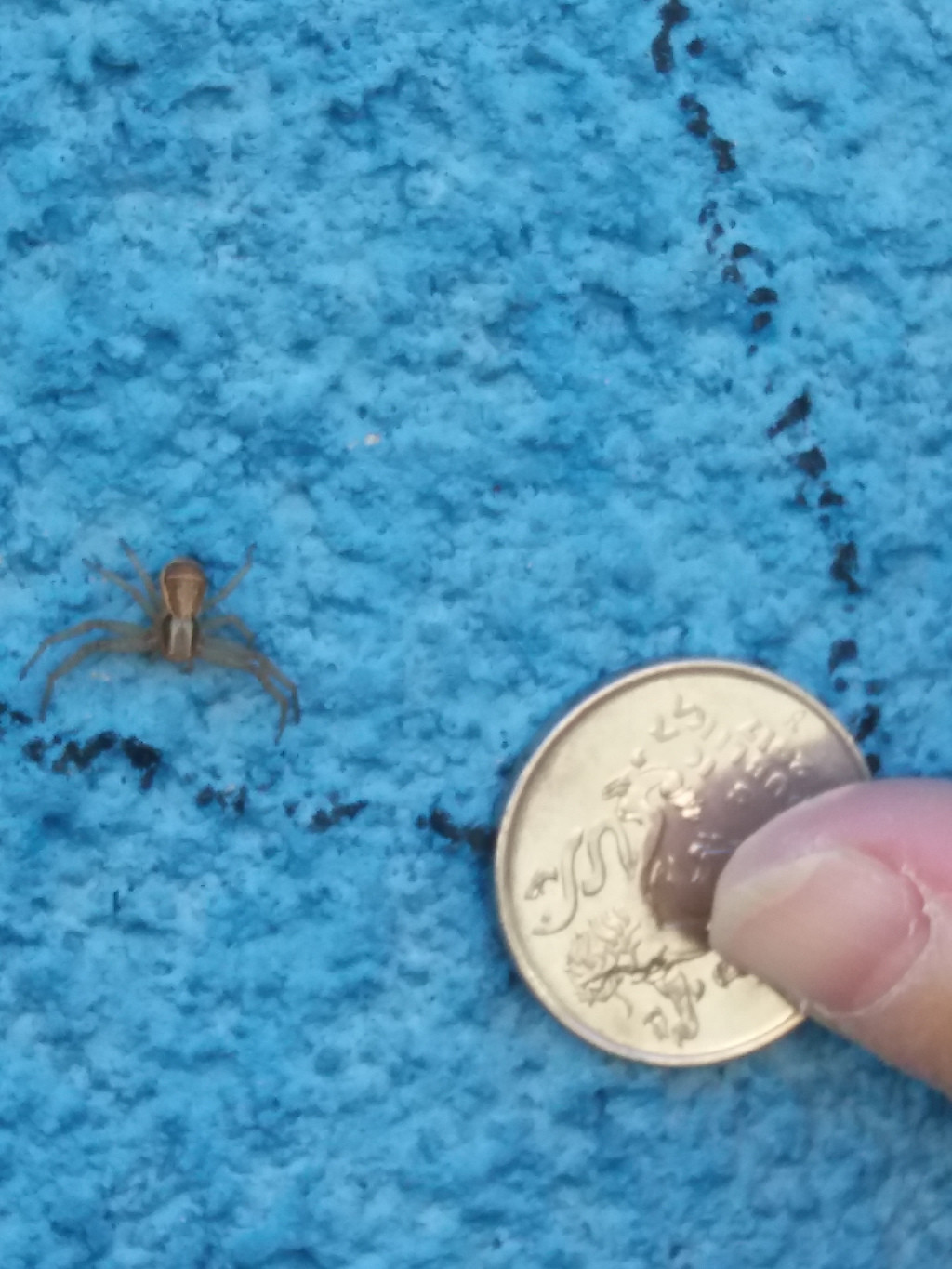 I found this spider today and I'm curious to know what it was.

Discovered today at 14:27 CEST, about 200 meters from Hamr pond, Prague, Czech Republic. It may have been carried all the way from the pond.
Body length cca 5mm (cf. photo #2 - reference object is a 5 CZK coin, 23mm in diameter according to Wikipedia)

Initially swept off my shoulder (white T-shirt), to which it succeeded in attaching, and began descending on a thread. After it was placed on a small ledge, it began climbing the adjoining wall. After some convincing to stay in place (using my finger as an obstacle and a little physical contact with its legs), it lifted its four front legs, so I left it alone.

I didn't manage to get good sight of its eye pattern, but it did appear to be consistent with the eye pattern of huntsman spiders - the sides of its face were black with a brighter region between. I was unable to determine the quality of its eyesight either, though it did not object to placing the coin nearby to it.

Wikipedia page on huntsmen living in Europe lists nine species, but none of those that had photos included matched in appearance.

The spider in question is actually Xysticus Cristatus, also known as the common crab spider.

The adult female reaches a length of 8mm and the smaller male 5mm. The colour varies from light cream, dark brown to greyish with a dark triangle on the carapace which ends in sharp, defined point. The abdomen has a broad middle band fringed by two darker rows of triangular marks which extends back to about two thirds of the carapace length from the posterior row of eyes. ... Active adults have been recorded from February to December, with a peak of male activity in May and June. ... The species has a Palearctic distribution, being found throughout Europe, including Iceland.

Arachnology.cz provides several photos of the species. The image below is a perfect match.

Copyright by Rudolf Macek; published at https://www.arachnology.cz/druh/xysticus-cristatus-800.html; page viewed in May 2019 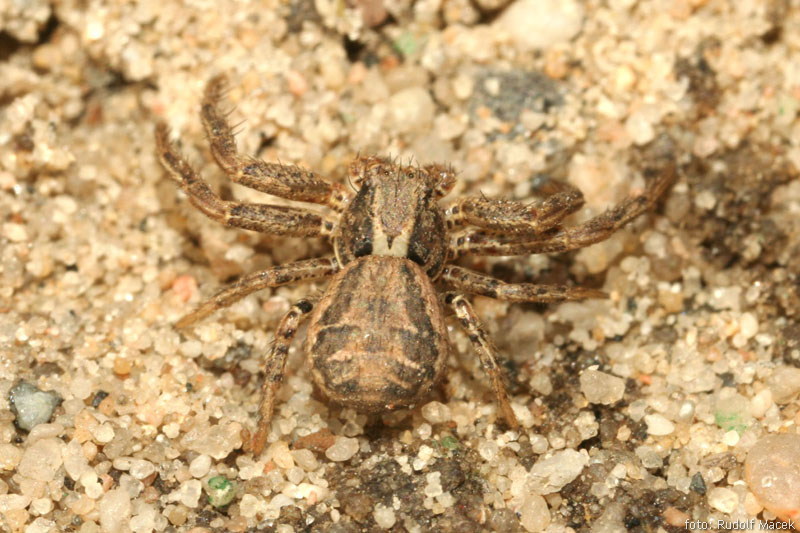