There are two stereotyped statements that I have seen during my coursework regarding electric properties of neurons:

Separately, I have always understood these statements through the following lens:

Explanation for 1. (for arguments sake, lets talk about unmyelinated neurons...so, for example, a C-fiber with a small diameter and a C-fiber with a slightly larger diameter). The reason the larger diameter neuron will propagate its action potential more quickly is because, in a given cross section of the axon, there are more voltage gated sodium channels present along the circumference. Consequently, the speed with which the incoming sodium signal is generated is quicker. I am aware of "reduced longitudinal resistance" for larger axons, but I am purposely ignoring this...please continue reading.

Explanation for 2. Idealizing the soma of a neuron as a sphere, we know that capacitance increases with increasing radius (related to the distribution of charge along a 'longer' circumference). Consequently, for a large soma, the amount of charge required in order to observe a change in potential difference across the membrane is MORE than it would be for a smaller soma.

When treated individually, both of these statements are intuitively "okay". However, when I think of these two statements together, confusion arises:

If both of these statements are equivalently applicable in both cases, why do the two statements "1" and "2" seem fundamentally different?

I have provided two pictures to help clarify my question: 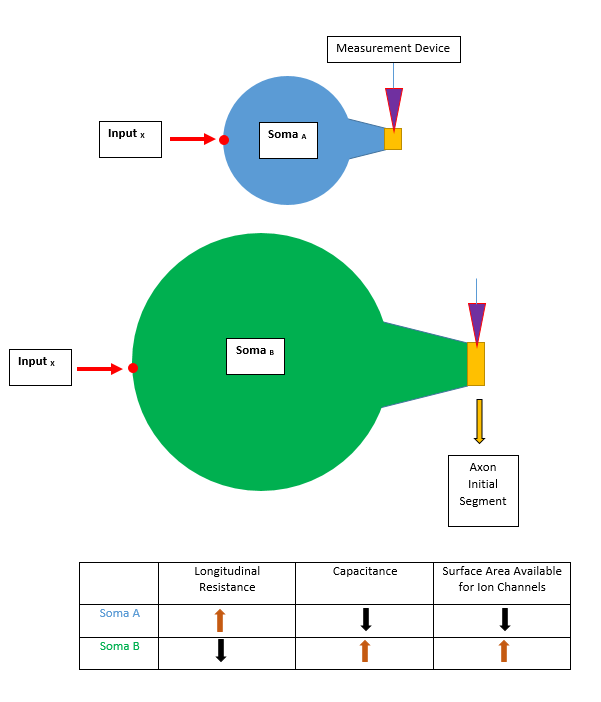 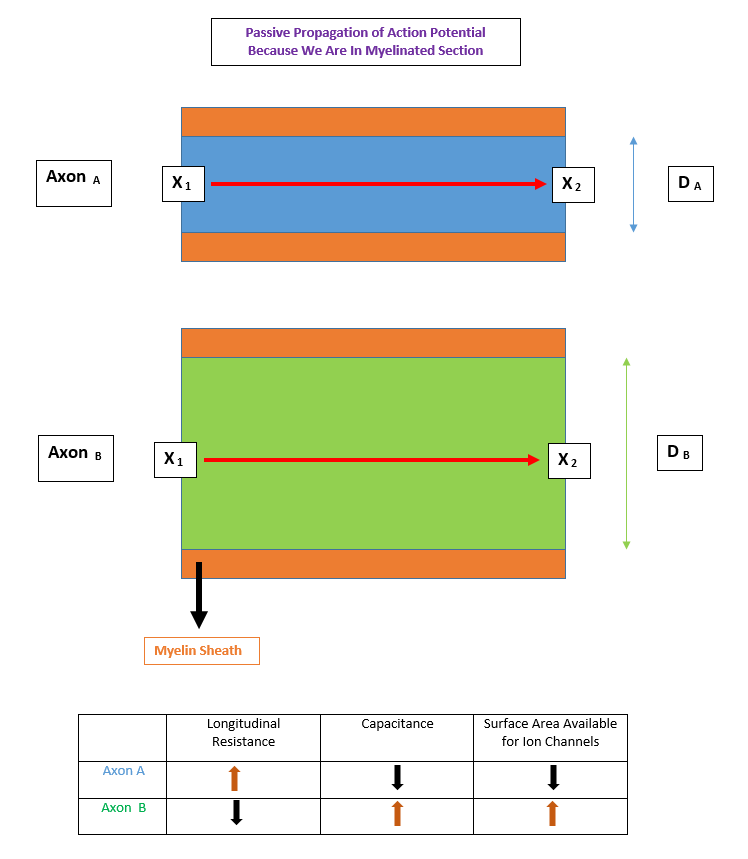 As you can see from the above two images, the values in the two tables are the exact same. Summarizing, the larger soma and larger myelinated segment of axon both exhibit:

The conclusions from the two questions were that larger somas take longer to depolarize and larger axons transmit electric signal more quickly.

What am I missing that results in my perception that electrical properties are somehow being differently applied to the soma of a neuron and the axon of a neuron?

Browse other questions tagged neuroscience cell-membrane electrophysiology or ask your own question.