Why do ants dig surface paths?

A few days ago I observed a corridor built and used by ants that went over a path in fields: 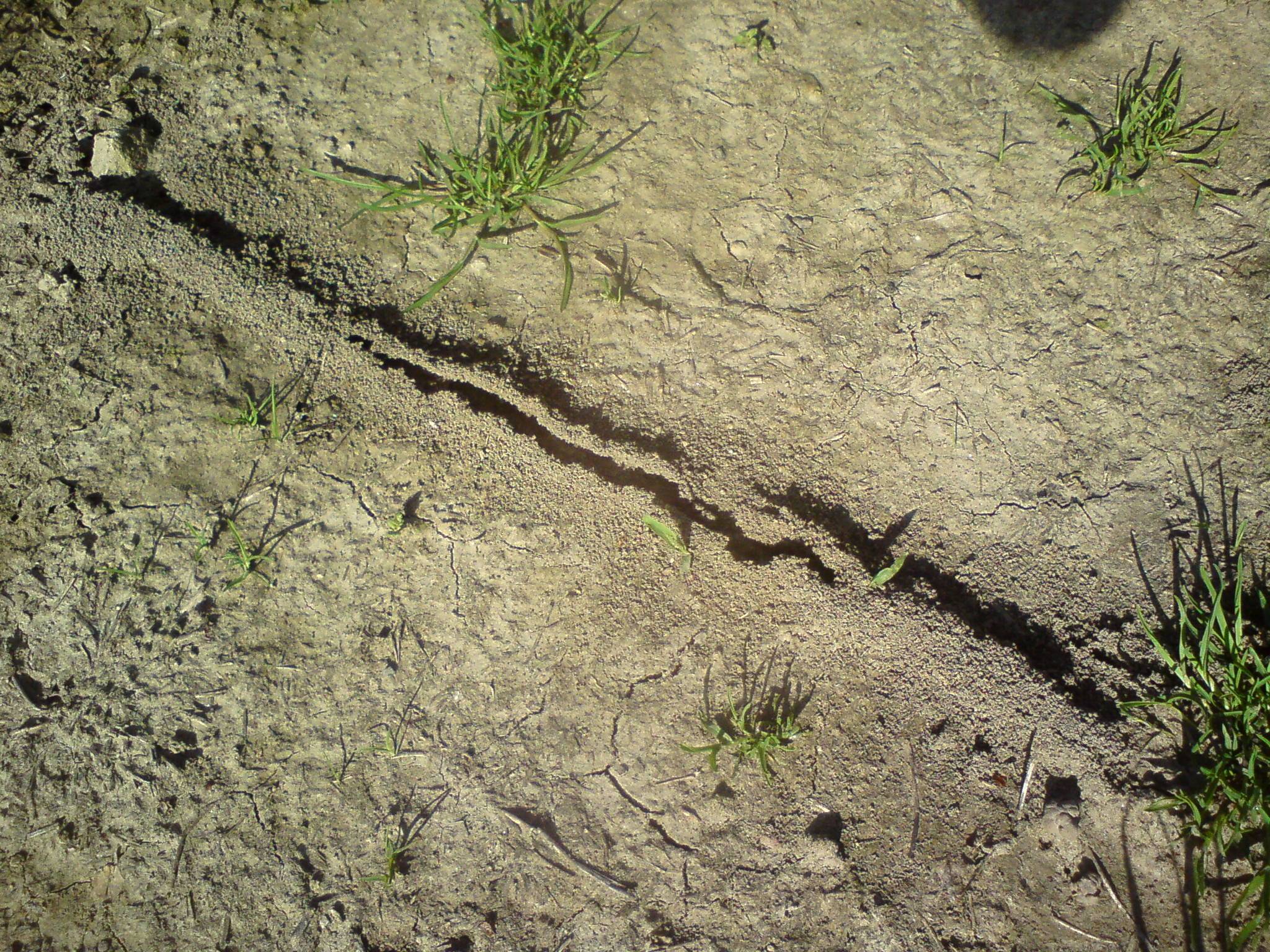 Why do they build it? It seems it doesn't bring any considerable protection from the surrounding environment and it certainly costs them a lot of work.

The picture was taken in the morning when the temperature was low so there is no ant activity visible.

I don't have it with me, but the book Adventures among Ants by Mark Moffett, which I highly recommend if you're even vaguely interested in ants, describes the creation of paths such as this. Some ants apparently build underground "highways" of a sort, and such a sunken path is indeed an intermediate step in the construction of such. I can't remember the specific reasons given in the book but I expect protection (if not from the elements, then from other insects and rival ants in particular) and efficiency (it minimizes ants wandering around for that bit of their journey) would be involved. Given how short the path in the photo is it might also be an underground path that the ceiling caved in on for a section.

I am not saying that this is what your photo shows, or even that the ants you were looking at typically make such paths, and I realize that I am technically not even answering your question, but I hope that a confirmation that this is a phenomenon that happens and the recommendation of a book that will answer your question is a decent start.

The ant species described in this section is the Marauder ant, a species from India so probably not the one you saw. But the motives described in the book could be transferrable. A few quotes from the chapters "Roads" and "Defense":

Marauder colonies maintain a fast, steady, well-protected flow of food and labor on their trails. Whereas small ant colonies, like people in small societies, are able to access and distribute the supplies they need without roads, larger groups depend on an infrastructure so complex that in the marauder ant it rivals human highway systems.(...)

Marauder colonies avoid both gridlock and species confrontations, like that with the Diacamma worker [an encounter described at the beginning of the chapter where killing that errant worker of another species involved major disruption in the flow of traffic], when trails are in good shape. Highway construction efforts are part of the society's logistics, providing supply lines for fresh combatants on the front lines as well as streamlined routes for bringing home the plunder[2]. Trunk trails are well looked after - that's how they can be distinguished from the fleeting paths created by raids

The note after "plunder" points to the following:

The lower cost to ants of sticking to clear paths rather than going over rough ground is addressed in JH Fewell 1988, Energetic and time costs of foraging in harverster ants, Pogonomyrmex occidentalis, Behav. Ecol. Sociobiol. 22:401-408.

A description of the building of the trails, which matches some of how the picture looks like:

Each worker size class participates in the creation of the roadways. All the castes eliminate surface irregularities along a trunk: while the medias[medium-sized caste] and majors[big ones] chisel out embedded roots and pebbles, minor workers[little ones] extract grains of soil, establishing the road's slightly concave shape in cross-section. The dross is discarded along the edges of the trail, where it accumulates in embankments(...). When the ground is moist, the minor and media workers build up the ramparts into a complete soil cover, or thin-roofed arcade, fabricated from soil extracted from the trail surface or from mining shafts - blind-ended tunnels near the trail used specifically as quarries.

Giving some reasons for their existence:

To what use is all this effort? Not, it seems, as protection from the elements. The earthworks fall apart in rain, and disintegrate when the earth is dry. Arcades are thin enough to puncture with a tap of a finger, which means a route is weatherproof only when it travels through an underground tunnel, perhaps dug and then abandoned by other animals. Alternatively, near the nest the ants may make a subterranean route of their own: over time, construction crews can scratch away so much soil from the trail surface that the highway sinks from view, at which point the ants seem to be able to construct a thicker, rainproof cover that becomes flush with the surrounding land.

The main function of this relentless building is defense. Because trunk trails extend for dozen of meters, they travel through territory controlled by other ant species. Marauder ants must therefore be organized to protect the trunk trails from aggressive neighbors or even from hapless passerby such as the Diacamma.(...)

...after an arcade has been completed[,] the Diacamma workers could now walk over the trunk trail, blissfully ignorant of the industry below them. if a trail should sink underground, it is as protected as a passage in an army bunker, safe even from human footfalls.

Bulwarks constructed over trails and provisions prevent battles among competing marauder ant colonies as well. Where they are absent, combat can last a day and engage thousands of minor workers, which pour along the line of contact between the armies.

Not the answer you're looking for? Browse other questions tagged zoology entomology ant sociality or ask your own question.

42
Why do ants live so long?
7
Why don't all ants have wings?
4
Is there a durable surface that ants can't pass?
4
Why are these ants moving as a pack?
5
The emergence of Phengaris butterflies from ant nests
3
What are the ants underneath leafs in my garden doing?