What is a myotube?

If I understand correctly, the following images show the main components in a human skeletal muscle:

From Life: The Science of Biology: 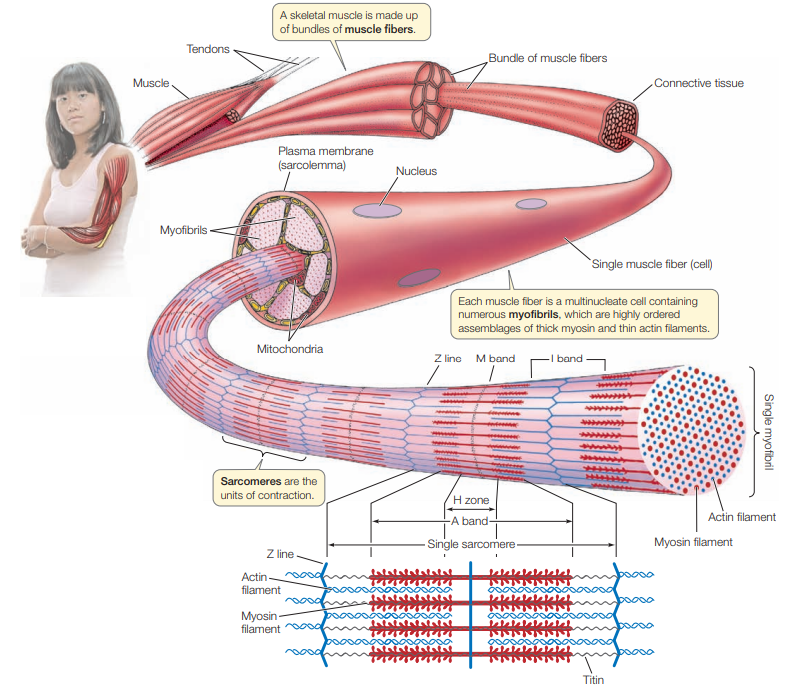 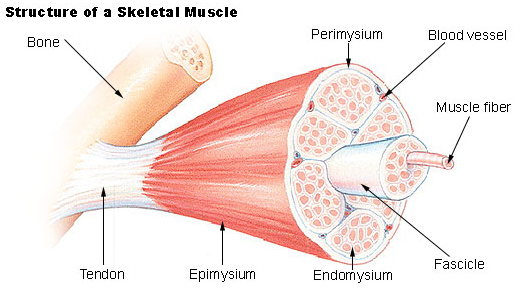 However, both resources don't mention the word "myotube" even once.

But I don't know how to parse this sentence.

To Add to my confusion, searching for "myotube" in Wikipedia redirects me to Wikipedia's Muscle page.

So my question is:
What exactly is a myotube?
Could you point it out in one of the images above?

A myotube is a type of cell which will develop into a muscle fiber. It is formed by the fusion of multiple myoblasts, and thereby acquires multiple cell nuclei. The nuclei are in the middle of the myotube cell, unlike the mature muscle fiber where the nuclei are at the periphery of the cell. A myotube has a tubular form instead of the more typical rounded cell form of the myoblast. The myotube starts with few or no myofibrils, and goes through a long, gradual development which assembles filaments, myofibrils and other structures of a muscle fiber. The transition into a mature muscle fiber is not distinct, but might be defined as the point where all nuclei have migrated to the periphery of the cell.

More concisely, the Dictionary of Cell and Molecular Biology entry for myotube says:

They are formed in vivo or in vitro by the fusion of myoblasts and eventually develop into mature muscle fibres that have peripherally located nuclei and most of their cytoplasm filled with myofibrils. In fact, there is no very clear distinction between myotubes and muscle fibres proper.

Since the diagrams given in the question are for mature muscle, they do not show myotubes but instead show their result: muscle fibers.

Myotube is A skeletal muscle fiber formed by the fusion of myoblasts during a developmental stage;

a few myofibrils occur at the periphery, and the central core is occupied by nuclei and sarcoplasm so that the fiber has a tubular appearance

and u have the diagrams.

Not the answer you're looking for? Browse other questions tagged terminology muscles or ask your own question.