Can DNA be flattened?

DNA is always shaped like a double helix. But could you flatten the double helix (which is essentially just a twisted ladder) and would DNA still be able to duplicate and control cells?

dna molecular-genetics
Share
Improve this question
asked May 9 '19 at 15:59

Flattening the double helix, i.e. making it look like a ladder (like in the usual diagrams of DNA, shown in the first figure below), would not be possible because of bond angles. 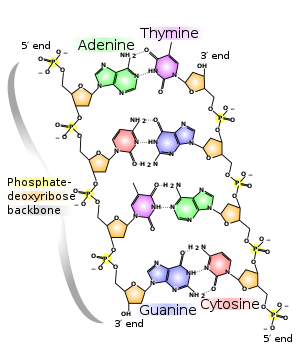 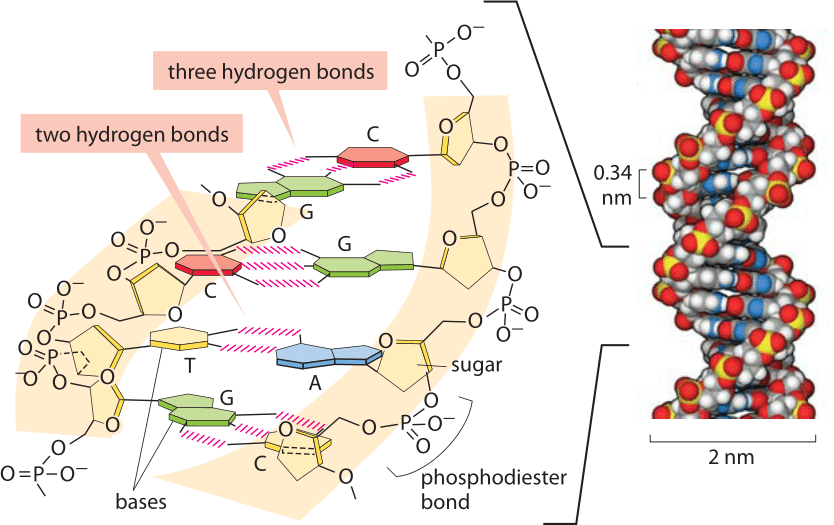 The only way for everything to be flattened out completely (as in Figure 1), is for all the bonds to be planar. However, we know that this is not true, as the C1 (carbon 1) is sp3 hybridised, not sp2, which means that the bond from the sugar to the nitrogenous base is not planar. The bond with the phosphates is also not planar. Hence it would be impossible to flatten DNA out like paper.

Moreover, there are relatively strong London dispersion forces between the layers of bases in the 3D structure (helical form). You can see on Figure 2 that the bases lie parallel to each other in each "step" of the helix. This adds to the stability of the molecule.

To answer your second question about whether DNA would be functional if flattened out, the answer would be no. The helical shape of DNA means that there is a minor groove and major groove, which is a property of its 3D shape. This is where proteins bind, which will help the process of replication (duplication) and transcription ("controlling" cells). 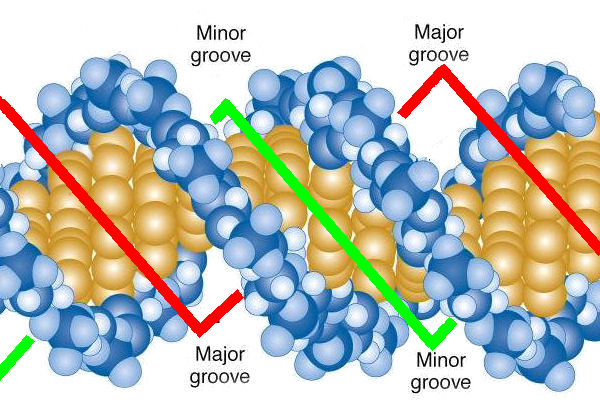 would DNA still be able to duplicate and control cells

The structure of DNA in a cell is more complicated than a double helix and its structure determines its function. DNA gets bundled up into chromatin, made up of units of nucleosomes: DNA wrapped around histone proteins.

Specific histones are chemically modified to allow the DNA inside to be unpacked, to "open up" the DNA to transcriptional machinery to generate specific proteins. The segments of DNA that open up are dependent on the type of cell — heart, brain, kidney, etc.

While an input of energy might allow DNA to be stretched out flat, it would almost certainly prevent cell-type specific proteins from being made, which rely on the condensed, three-dimensional structure of chromatin to regulate gene expression.

Not the answer you're looking for? Browse other questions tagged dna molecular-genetics or ask your own question.

1
Generating custom human DNA sequences based on traits such as eye colour?
2
Why isn't the DNA in bacteria always split up and replicating?
9
Stability of DNA double helix conferred by base stacking
6
Twist in the DNA double-helix
6
Are there functional examples of parallel DNA double helices?
1
DNA base pair heading
15
Is a DNA molecule a single strand of polynucleotide or two of them linked together?
1
Pyura DNA extraction
2
Geometric Interpretations of the DNA Double Helix