What's the difference between reaction norms and phenotypic plasticity?

I'm trying to understand better these two concepts, but I cannot see a clear difference yet.

Reaction norm: "set of phenotypes that can be produced by an individual genotype when exposed to different environmental conditions"

Are phenotypic plasticity changes temporary changes in genes; are they an extension of the reaction norm?

I think it's a little simpler than what you describe- phenotypic plasticity is the abstract property of phenotypes differing with respect to environment, whereas a reaction norm is a particular environmental response. 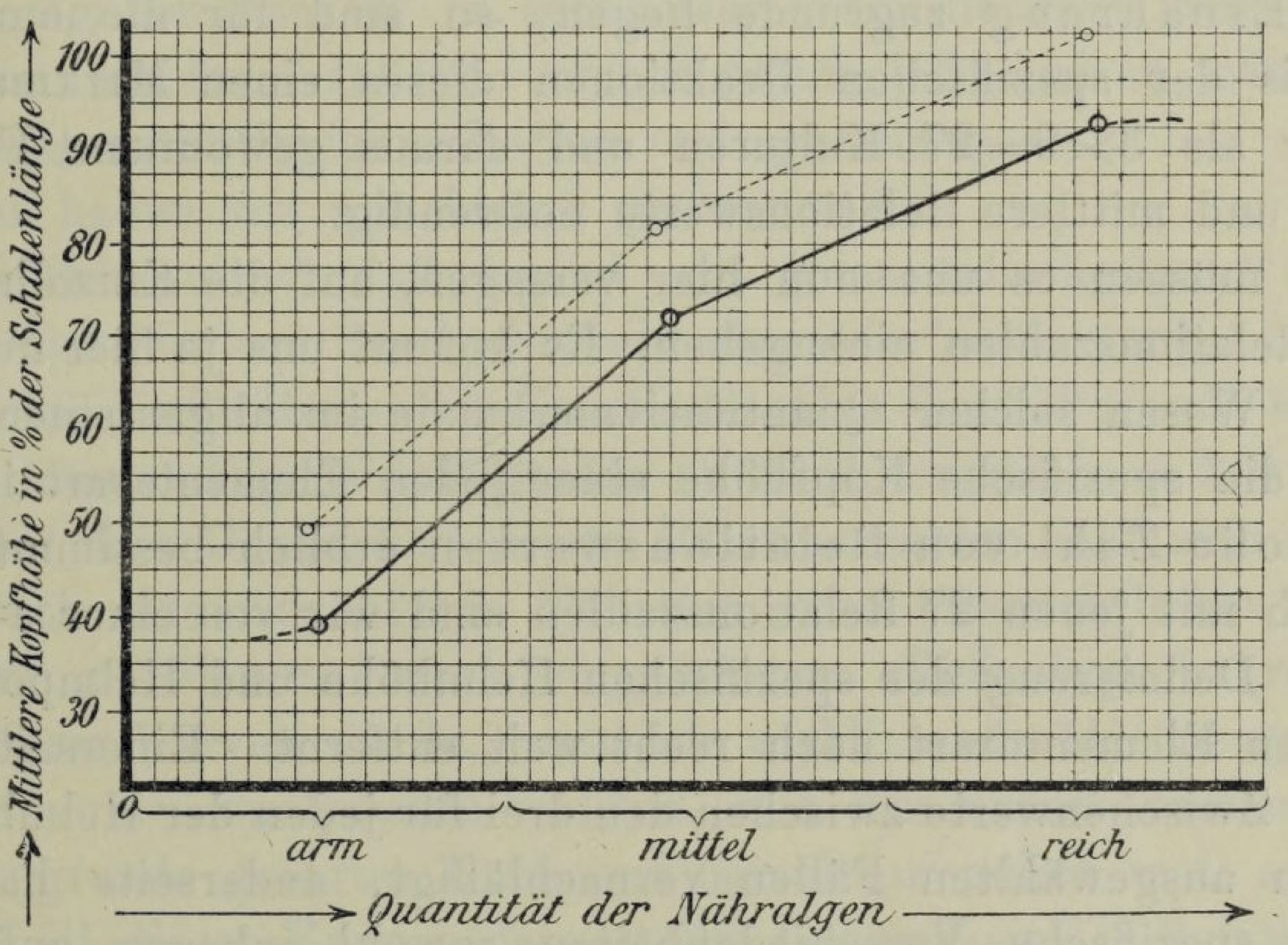 This is figure 9 from Woltereck's original publication on reaction norms. It shows that as you grow Daphnia with denser cultures of algae (their food), more individuals in the population show a distinctive head morphology. It shows further that the shape of the curve is similar between two Daphnia strains (solid and dotted lines). Each curve is what Woltereck called a norm of reaction.

Phenotypic plasticity, as you define in your question, is an ability or a property of the organism (a given genotype) to manifest different phenotypes in different environments (Pigliucci et al., 2006).

Not the answer you're looking for? Browse other questions tagged genetics terminology population-genetics adaptation or ask your own question.