What do lower case nucleotides mean in this gene sequence?

The following table (image linked below) shows promoter sequences recognized by different sigma factors. The sequence given for, e.g. sigma B is "GTTTaa"; why are the "a"s lowercase? 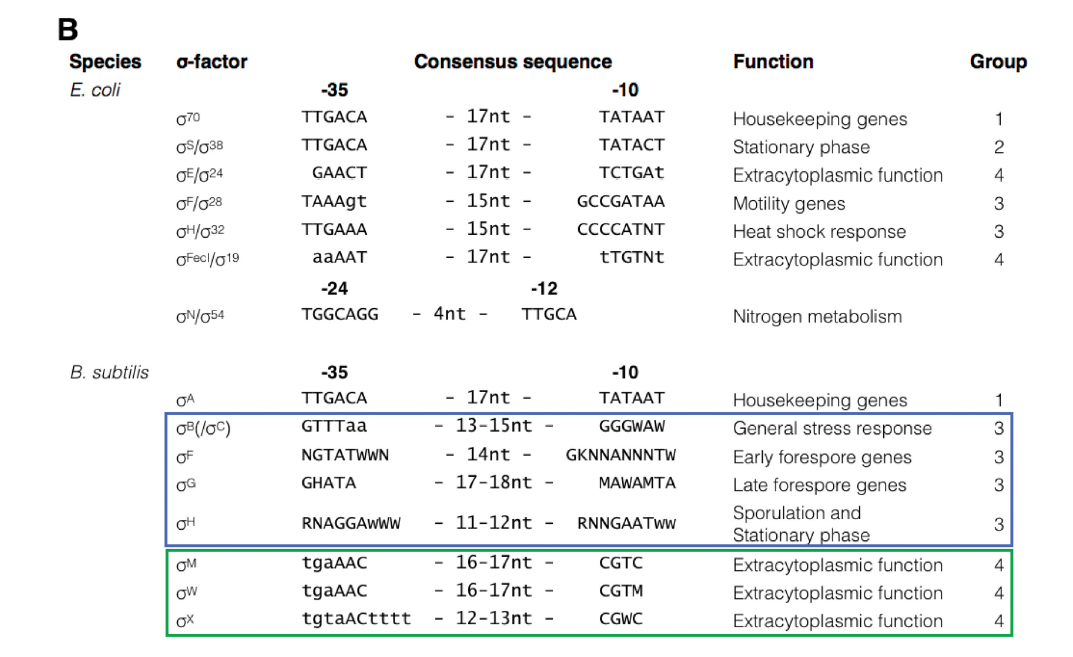 The case refers to the degree of conservation of a particular nucleotide in the consensus sequence. Highly conserved nucleotides are written in uppercase. At positions where the sequence varies, the most common nucleotide is given in lower case. That said, I'm not sure what the cut-off would be between "highly conserved" and "most common" and, in my opinion, is something that should be explained in the paper (though, in this case, it does not appear to be). This paper, for example, uses uppercase where a base is conserved in four of the five sequenced promoters. There may be some convention I am unaware of.

Not the answer you're looking for? Browse other questions tagged dna sequence-analysis or ask your own question.

9
Comment on the introduction to a bioinformatics paper
4
What is the difference between sequence alignment and sequence assembly?
7
Significance of upper-case, lower-case and Ns in UCSC DNA files
2
How can sequence analysis establish whether a genomic sequence is a functional gene or a pseudogene?
3
Is gene only the portion of a single strand which codes for a particular protein?
2
Why is lower case used in front of a capitalized acronym (e.g. rDNA)?
1
What does (-;-) after a gene mean?
5
How to determine the most likely reading frame of a DNA sequence?