Can you identify this red insect?

The insect was found walking upwards on a plastic table. It was about 3-4cm long, as far as I remember; its been a long time since I encountered it. Spotted near a small shack in the Terai forests. 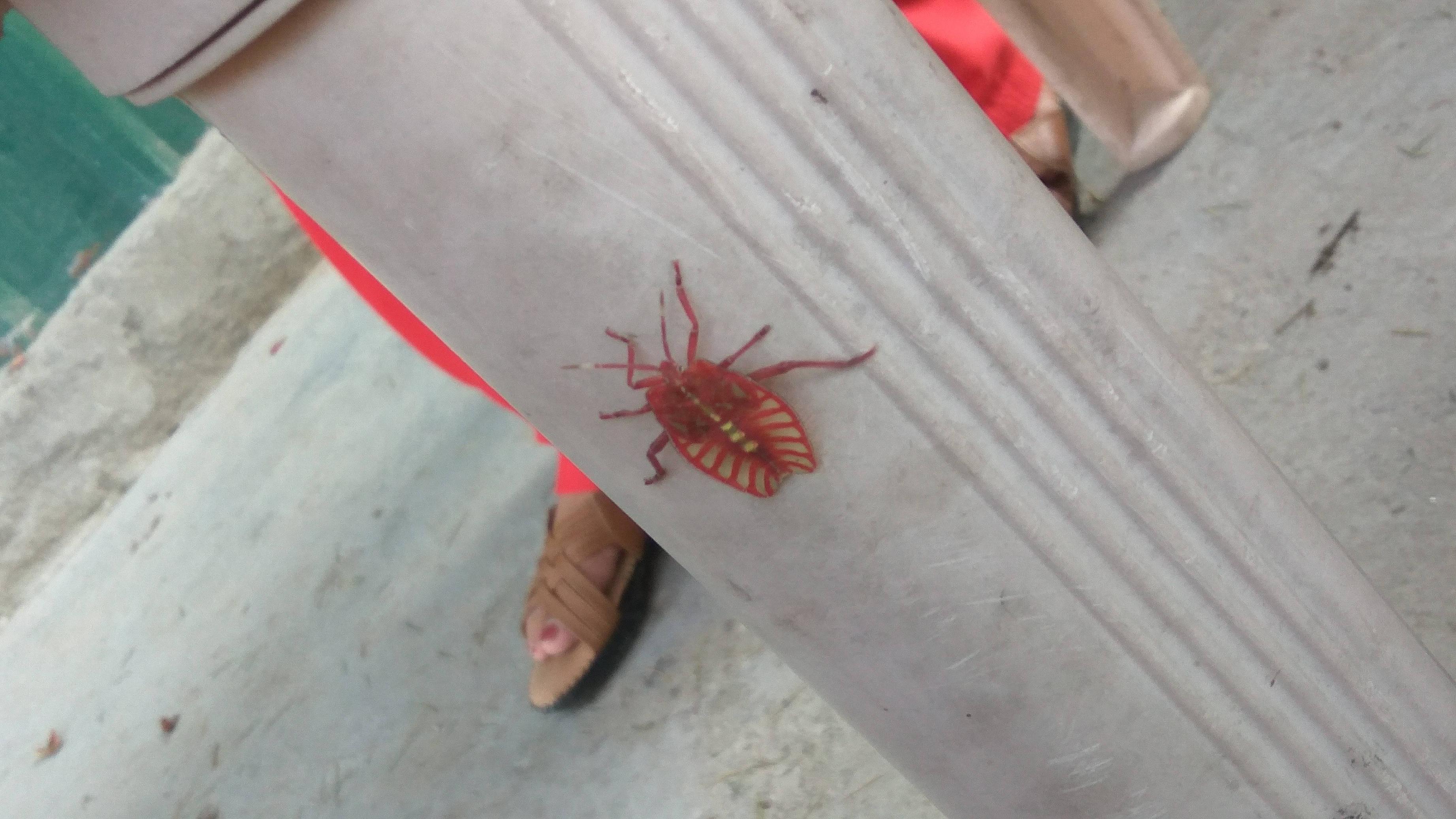 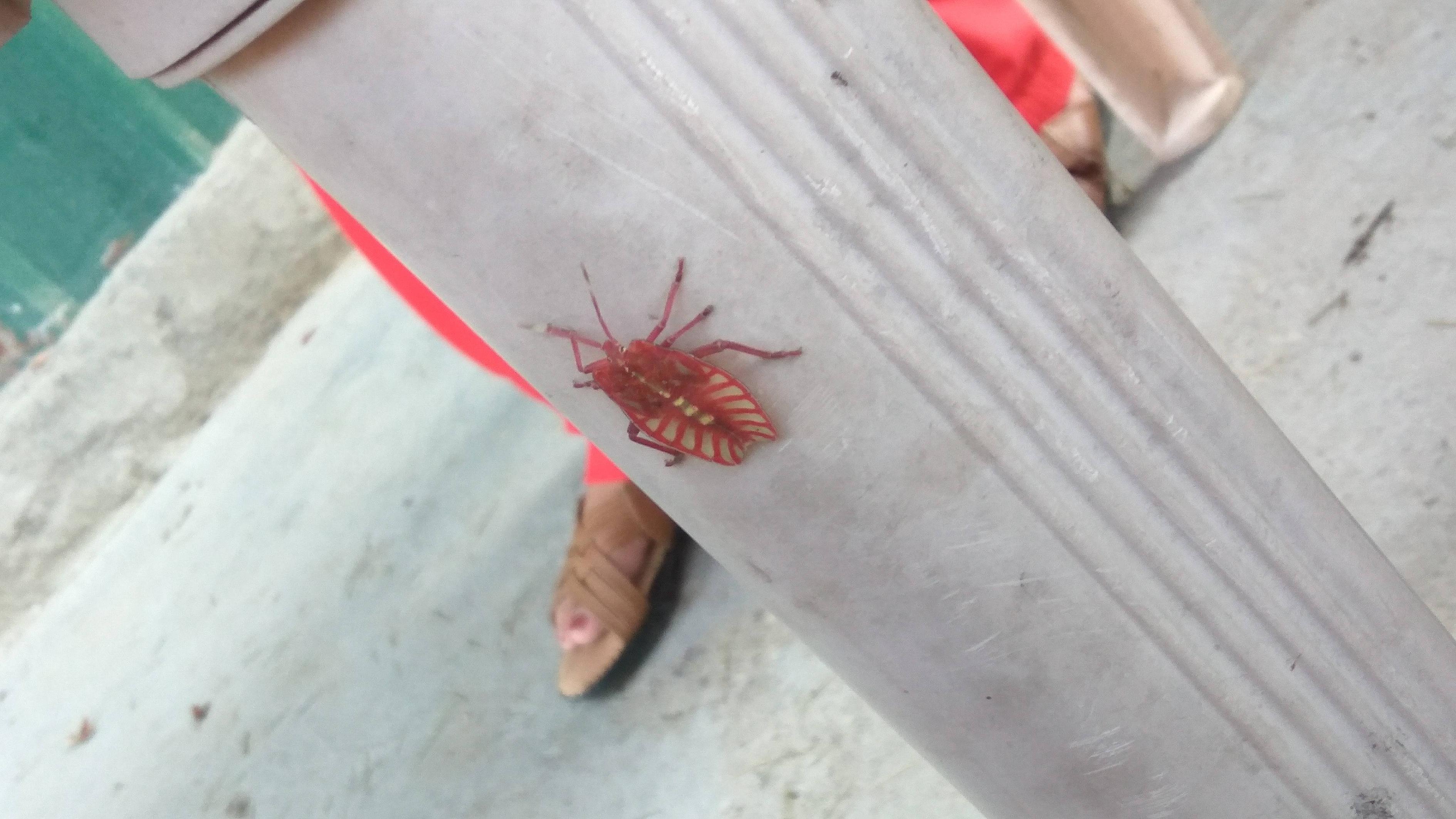 This is a nymph of a shield bug in the Tessaratomidae family, commonly called tassarotimids (or sometimes "giant shield bugs" due to typically being 1.5 - 4.5 cm long).

They are mostly found in tropical Africa, Asia, and Oceania though a few species can be found in the Neotropics and Australia. There are about 240 species known

Of the subtaxa, only a few genera are even found in India: Empysarus, Neosalica, and numerous in the subtribe Eusthenaria (e.g., Asiarcha, Aurungabada, Carpona, and Dalcantha). A key (Leston (1955)+)to this group of insects is available for purchase or institutional subscription on Wiley

Similar to a comment under the OP's post suggests, this page appears to suggest that the nymph of a Eusthenarian called Eurostus validus (shown below) appears quite similar to the OP's specimen. However, I cannot find definitive record of E. validus being in India.

the availability of useful information (keys, reputable websites, etc.) for this group of insects (especially for India and in English) are extremely limited, so I will just leave you here with the understanding that your insect is a tassarotimid nymph that is closely closely related to Eurostus validus, Eusthenes femoralis or some other member of the Eusthenaria.

+ Leston, D., 1955, April. A KEY TO THE GENERA OF ONCOMERINI STÅL (HETEROPTERA: PENTATOMIDAE, TESSARATOMINAE), WITH THE DESCRIPTION OF A NEW GENUS AND SPECIES FROM AUSTRALIA AND NEW SYNONYMY. In Proceedings of the Royal Entomological Society of London. Series B, Taxonomy (Vol. 24, No. 3‐4, pp. 62-68). Oxford, UK: Blackwell Publishing Ltd.

5
Species Identification - small insect
2
Help identifying an insect (I think it was an insect)
5
Species identification; clusters of big plump red bugs in Taipei
6
What is this stinging/biting insect?
3
Identifying flying insect from southern Poland / Upper Silesia area
4
Can someone identify the species of this frog/ toad?
7
Beautiful blue enigmatic insect (mantid?) in Kenya