What exactly does 'reverse use-dependence' mean?

https://en.m.wikipedia.org/wiki/Potassium_channel_blocker In this site, in Medical Uses, the term is mentioned.

Quinidine is a $\mathrm{Na}^+/\mathrm{K}^+$ blocker that can slow heart rates, and does so more effectively when the heart rate is already slow. Increased use of the tissue, with a raised heart rate, reduces the effectiveness of the drug. So, strangely, quinidine exerts less block when the target is in use. This is shown in figure 4 from (Breithardt et al., 1995). As the tissue is used less (cardiac cycle length increases), the effect of the drug becomes stronger (action potential duration prolongation increases). 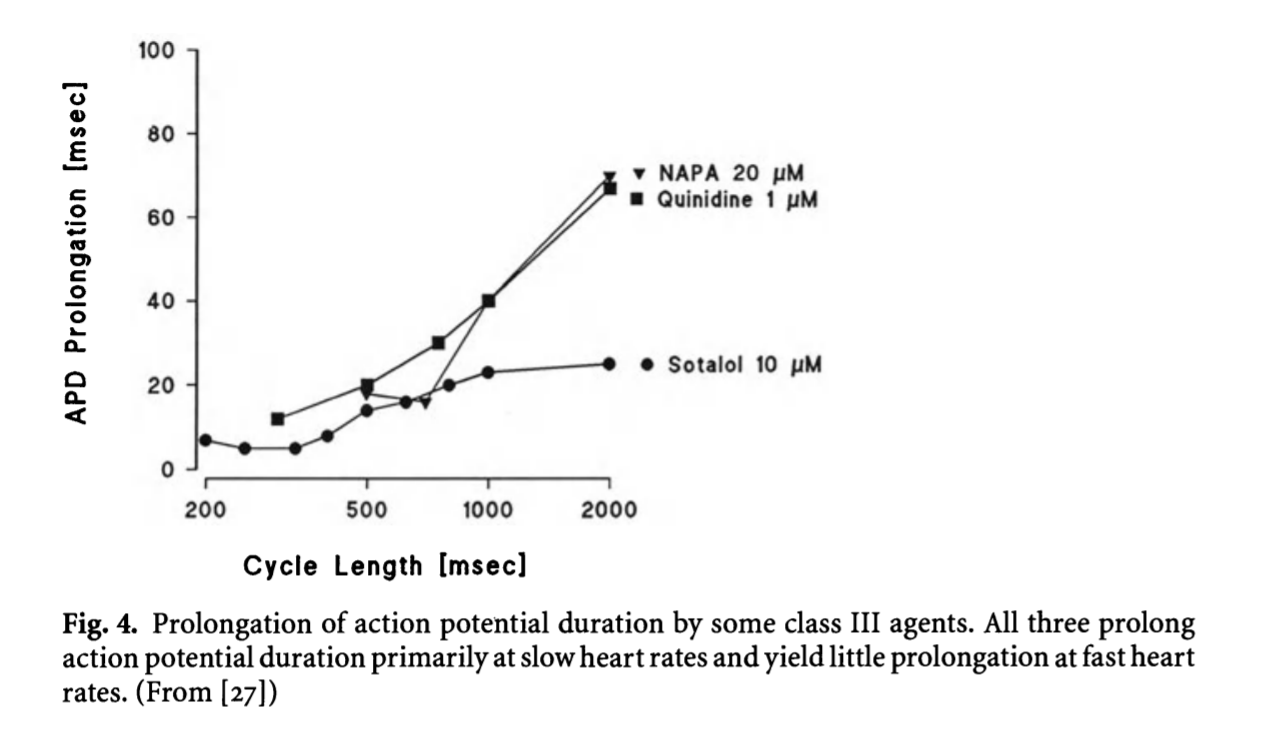 The reverse use dependence of quinidine can be demonstrated on a molecular level with application of quinidine to a voltage-clamped channel with an $\mathrm{i}_\mathrm{Ks}$ current. We see better block when short electrical pulses are given than when longer ones are. The mechanism behind use- and reverse use dependence is by state-dependent affinities, e.g. the drug can bind more easily to the channel in open/closed state. For example, a channel blocker whose binding site becomes occluded when the channel is opened could exhibit use dependent block.

Not the answer you're looking for? Browse other questions tagged pharmacology or ask your own question.

2
Confusion related to a term probe-by-background interaction
19
How does Sodium Valproate cause neural plasticity
4
Can neurotransmitter depletion cause short-term drug tolerance?
3
How does steroid dependence occur?
3
What does "generalisation" mean?
3
What is the definition of an opioid, beyond that it's something that stimulates opioid receptors?
3
How did sulfasalazine become a disease-modifying treatment for rheumatoid arthritis?
2
Do biologists use the word "solubilize" to mean "dissolve"?