Breathing is a function that is not only autonomic, but can also be temporarily overridden and placed under voluntary control. In fact, you are now breathing manually. Now, suppose that someone has completely lost the ability to voluntarily control his/her muscles due to destruction of the brain's dopaminergic neurons in the substania nigra (such as due to Parkinson's Disease or MPTP poisoning). This would normally result in total paralysis of voluntary muscles and inability to move. Would that person be able to breathe manually if he/she so wished, or would he/she only ever breathe autonomically? What about defecation (Which requires one to voluntarily relax the anal sphincter)? What about rolling the eyes?

This is not correct. The substantia nigra plays an important role in both reward and movement. The degeneration of dopaminergic neurons in the substantia in Parkinson’s disease leads to loss of fine motor movement (leading to limited movement and tremors) and some loss of non-motor skills (loss of smell).

Though the exact mechanism of how we control our voluntary breathing is still a debated. We have a general idea:

Voluntary control of breathing is mediated primarily via the corticospinal and corticobulbar tracts and is important in activities such as speech, singing, and voluntary breath-holding. Disorders involving this mechanism occur mainly in bilateral pontine infarctions and lesions involving the pontine tegmentum that interrupt the descending motor pathways. - Neurology and Clinical Neuroscience, 2007 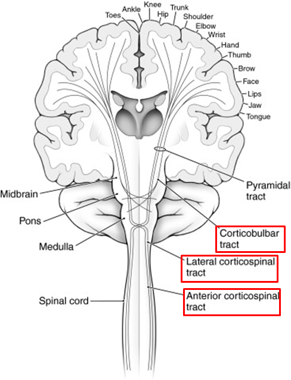 Would that person be able to breathe manually if he/she so wished, or would he/she only ever breathe autonomically?

Although the exact mechanism for voluntary breathing is not fully understood, the voluntary process is controlled by a series of nerve bundles. If the nerve bundles were severed, there would be decreased voluntary control over the breathing process. Losing the ability to manually breath could be bad for overall health. One study has found that a lack of the ability to manually breath can lead to poor spinal stabilization and posture.

What if you lost autonomous control?

There is a rare disorder known as central hypoventilation syndrome (CHS) that results in respiratory arrest during sleep (also known as Ondine's Curse). This disorder is caused by a lack of development of the neural tube (aka Medulla and the VRG/DRG) during birth or some type of traumatic brain injury. Treatment for this disorder is a lifetime of mechanical ventilation.

Not the answer you're looking for? Browse other questions tagged human-biology neuroscience pathology muscles neurology or ask your own question.

2
What is the role of the tissue surrounding neurons in decision making and taking control of impulses?
10
How does methamphetamine (meth) damage neurons?
1
What does "optimal balance of biological control" mean in nematodes?
1
Does estrogen increase muscular growth in females?
1
Number of dopaminergic neurons in VTA
3
How does coffee cause calcium loss in our body?
2
To what extent does loss of neurons in the substantia nigra affect movement?
0
If due to some reasons a small portion of our neurons die, how does our body remake them?