What’s the name of this tree?

I’m trying to find information about this tree that I didn’t plant. Looking for information in terms of pruning, etc. 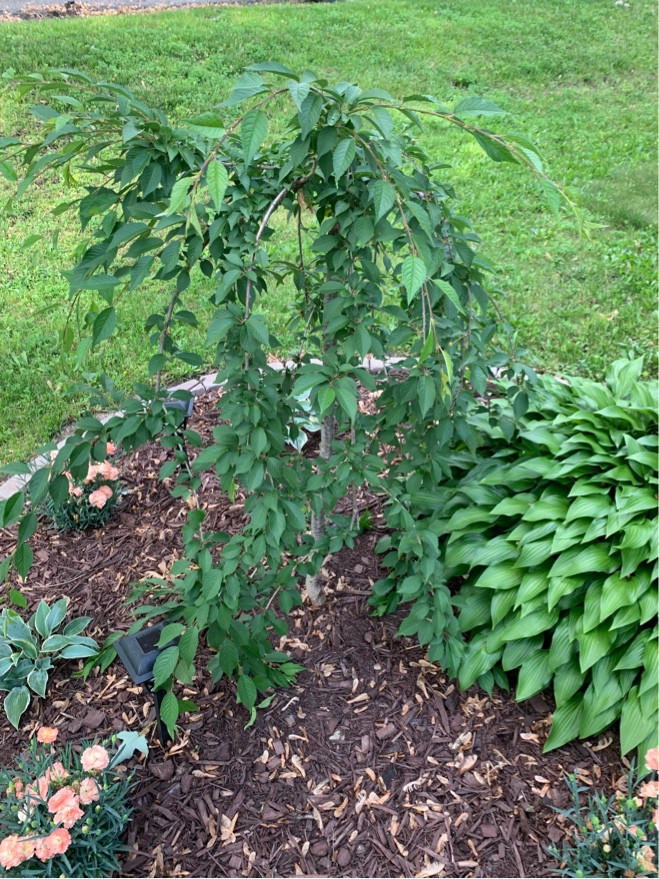 It had white flowers on it this spring, but is now flower less and has very few young berry-esque type fruits growing on it. They’re very small still, but it seems they’re going from green to a red. This in Michigan. 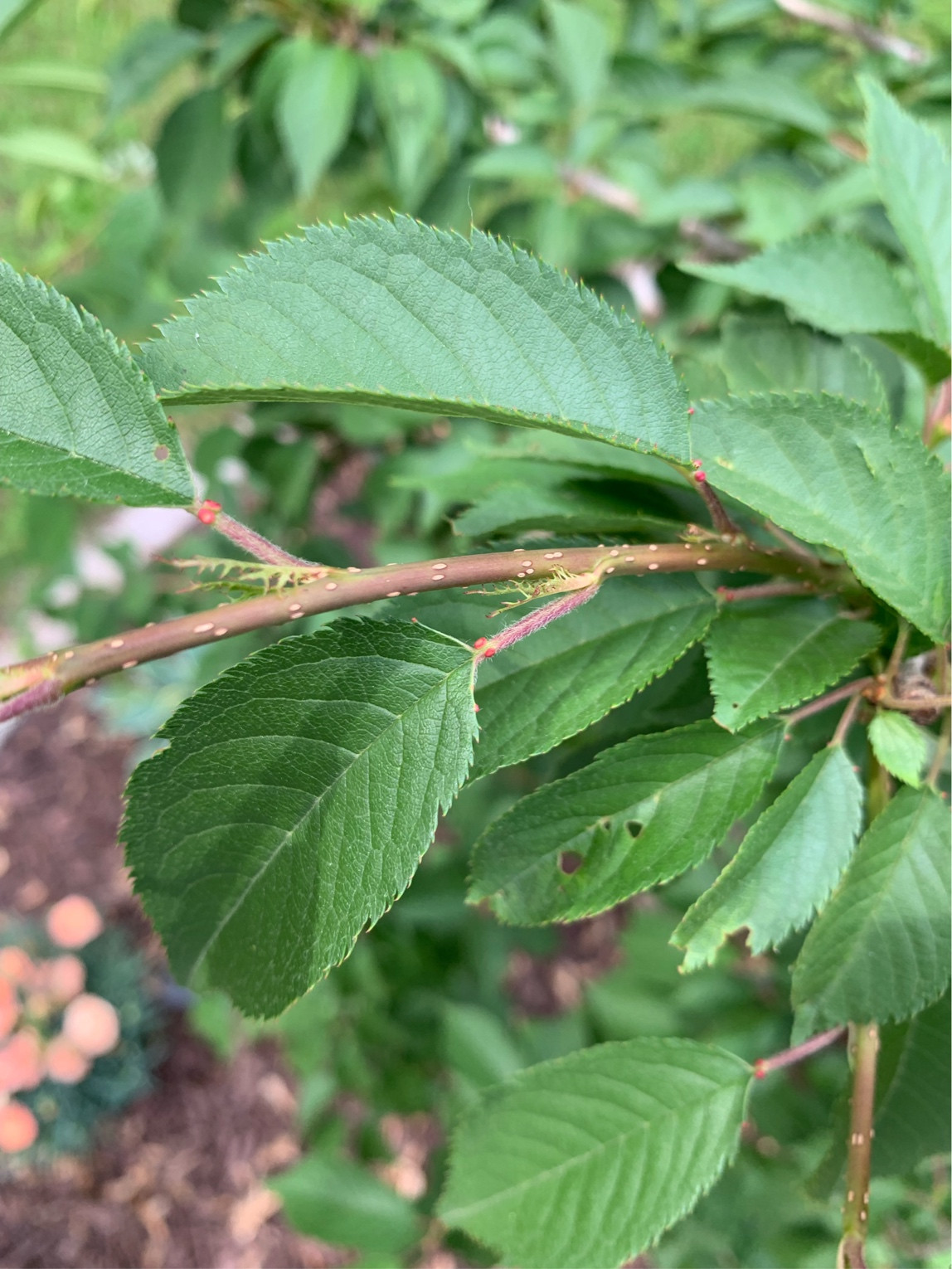 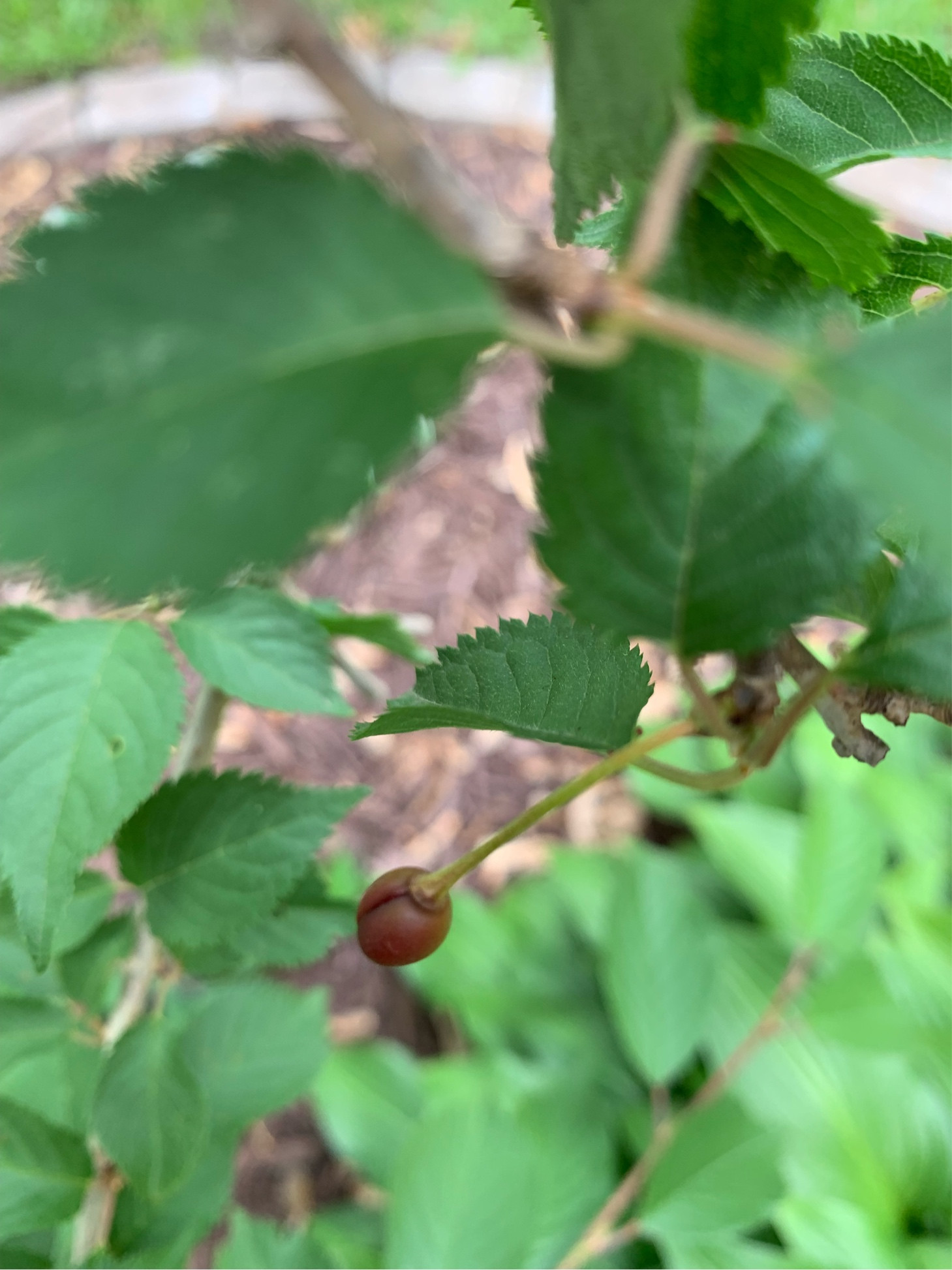 Thanks to Bryan Hanson for the answer! Found a picture online of it with flowers: 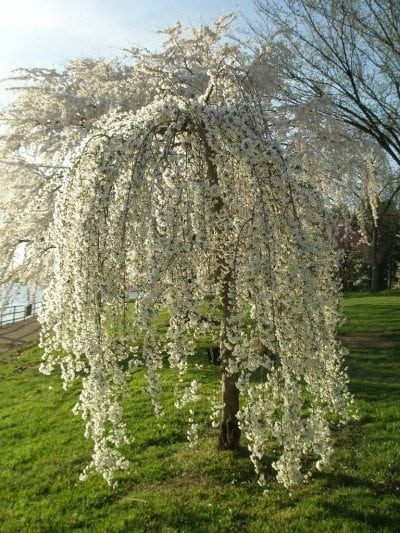 The additional pictures point to something in the genus Prunus. Note that there are extrafloral nectaries at the base of the leaves, and feathery stipules are visible (see here for annotated picture of a different species). Since it has a weeping habit, and doubly toothed leaves, I think what you have there might be a Japanese Weeping Cherry Prunus subhirtella var. pendula (but other names seem to be in use). Some info here which seems consistent with your specimen.

I think you are probably looking at Ulmus glabra "Camperdownii" or a similar cultivar. This is a "weeping" elm variety that is produced by grafting; all plants are descendants of a single tree. Wikipedia gives the full background. Your specimen has somewhat more pointy leaves than many of the images for Camperdown Elm I found online, but apparently there can be some variation.

EDIT: The fruit picture (added after my answer) clearly rules out my answer! Also looks like there are nectaries at the base of the leaves.