Can humans ever directly see a few photons at a time? Can a human see a single photon?

I am not asking the following question: Can humans ever see a photon in the same way we see a chair?

A single molecule of rhodopsin (actually the cis-retinal bound to it) can and actually does react to one photon (Purves et al. Chapter: Phototransduction in Neuroscience).

It has been estimated that a single light-activated rhodopsin molecule can activate 800 transducin molecules, roughly eight percent of the molecules on the disk surface. Although each transducin molecule activates only one phosphodiesterase molecule, each of these is in turn capable of catalyzing the breakdown of as many as six cGMP molecules. As a result, the absorption of a single photon by a rhodopsin molecule results in the closure of approximately 200 ion channels, or about 2% of the number of channels in each rod that are open in the dark. This number of channel closures causes a net change in the membrane potential of about 1 mV.

Photoreceptor cells continuously secrete the neurotransmitter glutamate in dark; with light exposure glutamate release would reduce. This leads to activation of the next line of cells (bipolar, horizontal cells and retinal ganglion cells). 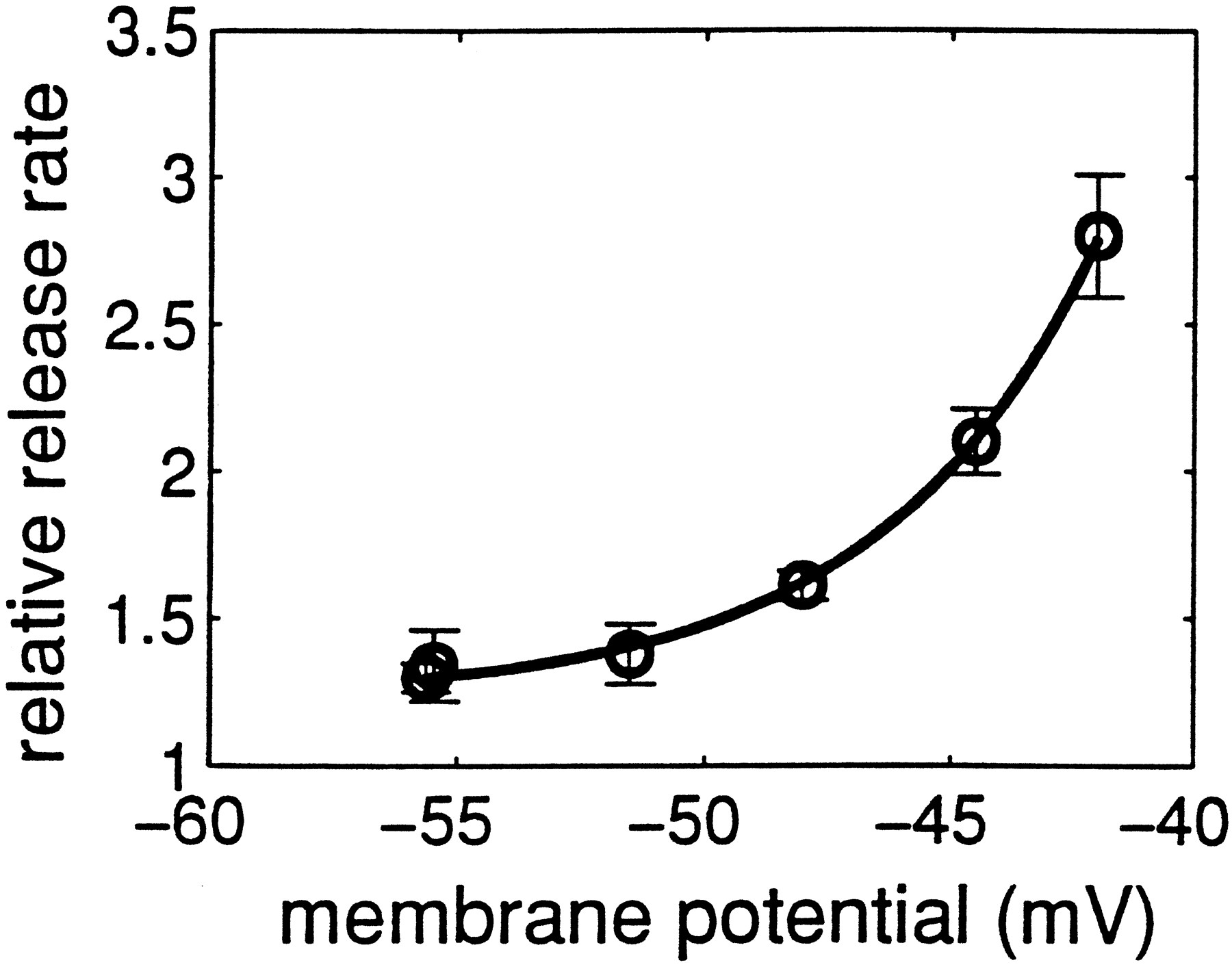 From this model (Witkovsky et al. 1997) it appears that for a change in glutamate release rate, a larger change in membrane potential is needed. Moreover, the depolarization of the photoreceptors has to be sustained for a while so that downstream cells can react (light absorption is much much faster than biochemical processes). The lifetime of an activated rhodopsin molecule is ~40ms in mice (Gross and Burns, 2010) and ~400ms in salamanders (Lyubarsky et al., 1996). We can assume that human eye is more similar to that of mice. There are approximately 40,000,000 molecules of rhodopsin in a rod cell (BioNumbers). The most sensitive of retinal ganglion cells need ~0.04% of rhodopsin molecules per rod cell to be activated (Takeshita et al., 2017).

(b) Absolute threshold of On and Off retinal ganglion cells

A single activated rhodopsin molecule would be 0.0000025% of the total. This would be insufficient to activate an RGC.

So, I can make a reliable guess that you cannot actually "see" a photon although one of the retinal photoreceptor cells can sense it. However, I'm still looking for a solid reference that says how many photons are needed (and for how long) to produce a visual response.

A recent study published in Nature by Tinsley et al. Direct detection of a single photon by humans found that it is possible for dark-adapted humans to respond to a single-photon stimulus, but only rarely. They used a source which created pairs of photons, and used one of the pair to determine whether the subject may have been exposed to a single photon. The subjects were asked to respond whether they had seen a single photon after an event, and to rate their confidence in their response on a scale of 1-3. Of the highest confidence trials, $60\% \pm 0.3 \% \space (P=0.001)$ of responses were correct. Not exactly reliable, but strong evidence that it is possible.

They also interestingly found that the detection efficiency was highly increased if another single photon was emitted in the previous ~3.5 seconds.

As far as mechanisms, I'm no biologist or biochemist so I'll suggest reading section III from Rieke & Baylor (1998) Single-photon detection by rod cells of the retina, which covers it in detail.

Technically, we can sense the individual photons. Here is an quote from a cellular biology textbook:

"Absorption of a single photon of light induces a conformational change in the rhodopsin molecule, which transmits a signal to a heterotrimeric G protein (called transducin ), which activates a coupled effector." (Karp's Cell and Molecular Biology 8e, 603).

However, we have neural filters (part of evolution/adaptation) that only "see" light if somewhere around 5-9 photons are detected within a 100 ms period. Here is a source for this.

According to that source, this neural filter is actually an evolutionary advantage, as it will prevent unnecessary visual data from being processed (which would add a lot of noise to the "images" we see).

However, something interesting is that frogs can actually detect and see single photons of light. I remember watching a video some time back where it was explained as follows: If a frog is launched to the outer edges of our solar system (where photon density from the sun is very little), time-to-time a single photon will enter the frog's eye, and the frog will see flashes of this light, while seeing darkness when photons aren't entering. You can Google more about these frogs, or read a summary of it on The seeing power of frogs: Frogs can detect single photons of light.

Edit: As WYSIWYG pointed out, frogs aren't so special after all! There are more than one organisms that can "see" (not just sense) these individual photons.

15
Why can cones detect color but rods can't?
9
Can people with paralyzed eye muscles see?
16
Are 2 eyes necessary for 3D vision?
3
Why do we only initially feel the bending of a hair?
4
What is two photon calcium imaging?
5
Do Colorblind People Have Stronger Sensitivity in Their Other Remaining Cones?
0
How far can a human see at night?
1
Functional unit