What about this bat?

This happened in LaGrange GA. We heard some crawling around behind one of the faux-wood shutters on our front porch. So I eased it back and saw this: 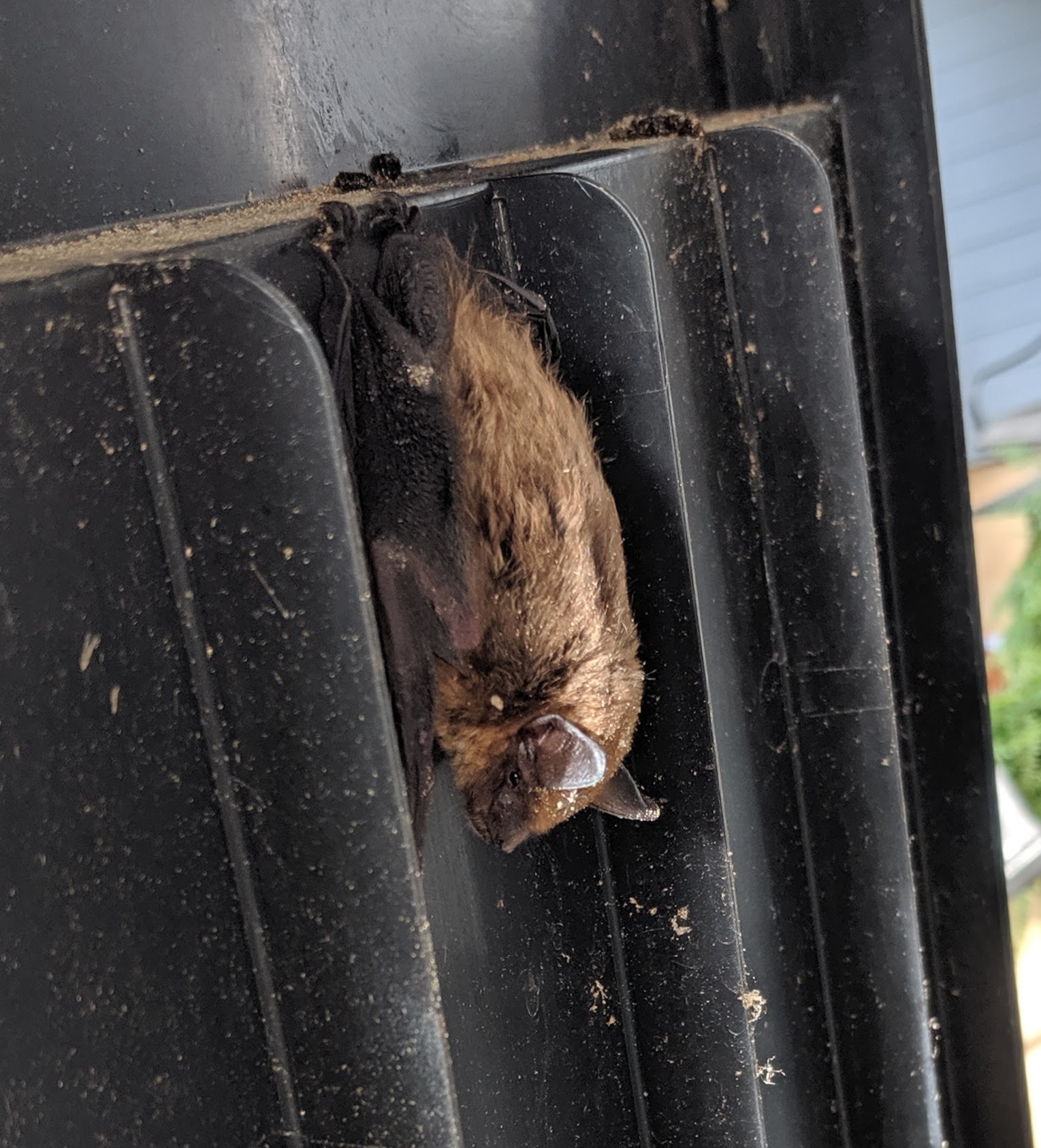 If you can't make out the scale, the furry part was about 3 inches long. I didn't want him hanging out right there so I took the shutter off and tried to carry it to the woods but he jumped off. I videoed this:

He definitely had trouble flying but he didn't seem to be sick. He didn't look like a baby to me but I'm not familiar. Any idea what his problem was? He's currently either in the holly bush right next to the house or made his way to the woods in the back yard. I've heard horror storied about rabies so I avoided direct contact the best I could considering how cool this was to see one this close.

You can see a list of common bat species in Georgia through the Georgia Department of Natural Resources. (A high-res image of a visual poster can be seen here).

According to Greenhall and Frantz (1994)1, three of the species found in Georgia are among the species most found in and around buildings: big brown bat (Eptesicus fuscus), evening bat (Nycticeius humeralis), and little brown bat (Myotis lucifugus)

Your image is relatively good, but it does not provide enough detail of key structures to definitively say which species it is. (see Morgan et al. (2019)2 for a key).

If we go simply based on size, the evening bat seems to be closest to your specimen:

It appears that your bat has a broad nose, which would hint toward big brown bat (Eptesicus fuscus) or an evening bat (Nycticeius humeralis).

The evening bat is commonly confused with the big brown bat due to its fur color and broad muzzle. However, the evening bat is much smaller and does not have a keeled calcar. The evening bat's rounded tragus distinguishes it from all other small bats except the eastern pipistrelle, which has tri-colored rather than bicolored dorsal fur. The evening bat also has just two upper incisors instead of the four typical of all myotis. 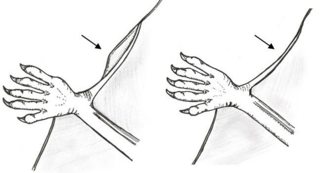 Your specimen does not appear to have a keeled calcar, which would suggest further that this is more likely an evening bat versus a big brown bat.

However, the little brown bat also lacks a keeled calcar....

[the evening bat] bears some resemblance to the somewhat smaller little brown bat (M. lucifugus) but can be identified by its characteristic blunt tragus.

To reiterate, the "sharply-pointed" tragus (source) of M. lucifigus and the presence of long toe hairs extending beyond the length of the toe claws (source) would both definitively point toward the little brown bat vs the evening bat. However, neither characteristics is really distinguishable in your photograph.

As such, I don't feel fully confident to rule one out over the other.

It's 3 am though, so perhaps I should stare at your image more in the morning after some rest...I'll update further if I notice anything definitive.