Why is glycerol supplied/used as 87% solution?

Regarding 87%: some vendors provide 87% glycerol along with anhydrous (>99%) glycerol. The reason is probably the same: it is easier to pipette 87%.

Glycerol is a component of several buffers, media or reagents in biological research. It is supplied as glycerol anhydrous or 87 %, the latter containing 13 % water. Both glycerols are from the same quality, the 87 % glycerol has the advantage of a lower viscosity. Anhydrous glycerol can be pipetted with difficulty only, especially at low temperatures.

But the question is why 87% and not 90 or 80? See Michal et al. (2017) for a relationship between viscosity and concentration of glycerol-water mixtures. 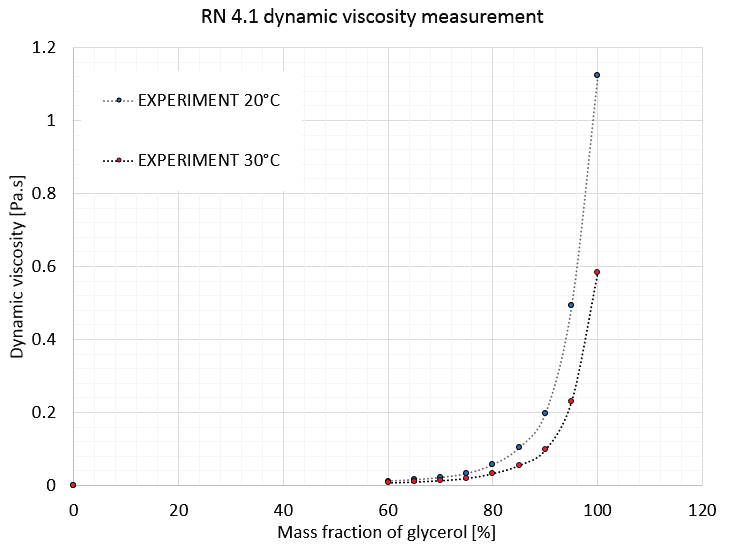 Another graph plotted from the data given in the document mentioned by iayork in the comments. Different coloured lines denote data at different temperatures (in °C). Original data from: The properties of ordinary water substance. Compiled by N. E. Dorsey, New York (Reinhold), 1940. 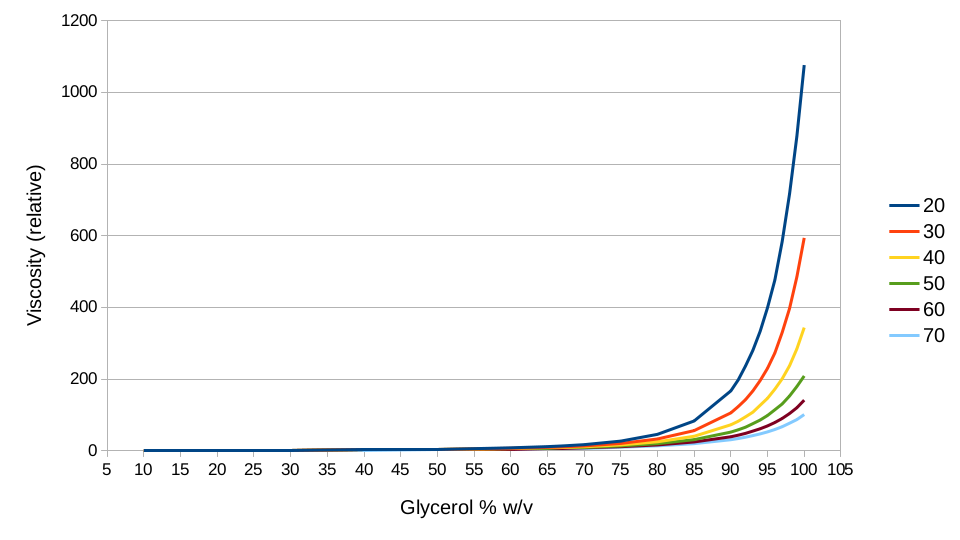 So I am guessing that 87% must have been optimal beyond which the viscosity just shoots up rapidly with a small increase in concentration. I wish to reiterate that this is just my guess. I could not find a authoritative (in fact any) reasoning on why precisely 87% glycerol is (or was historically) supplied.

Not the answer you're looking for? Browse other questions tagged microbiology cell-culture or ask your own question.

3
Can a cell culture insert plate be used with a vacuum manifold?
4
How does formaldehyde/PBS or methanol fixation of cells affect lysosomal pH?
2
How HIV Affects and Its Treatment using Combination Therapy
0
Cells scatter light in solution. Do they refract?
0
Can the Staph streak method be used for culturing Neisseria on blood agar?
4
E. coli not growing in liquid medium
5
How long can you effectively store a glycerol stock at -20 degrees Celsius?
1
Can you replace glucose with glycerol in cell media?
1
Why is glucose used in oral rehydration therapy?
2
Decreasing signals in assay measurements