The Washington Post article Ancient life awakens amid thawing ice caps and permafrost describes the work of Peter Convey, an ecologist with the British Antarctic Survey and his team, and includes a discussion of some mosses that have survived over 1000 years in permafrost, and sprung to life once "revived" in a laboratory setting.

This passage caught my eye:

It’s not easy to survive being frozen solid. Jagged ice crystals can shred cell membranes and other vital biological machinery. Many plants and animals simply succumb to the cold at winter’s onset, willing their seeds or eggs to spawn a new generation come spring.

Mosses have forged a tougher path. They desiccate when temperatures plummet, sidestepping the potential hazard of ice forming in their tissues. And if parts of the plant do sustain damage, certain cells can divide and differentiate into all the various tissue types that comprise a complete moss, similar to stem cells in human embryos.

What are these cells in moss called, and how similar are their functions to mammalian embryonic stem cells? 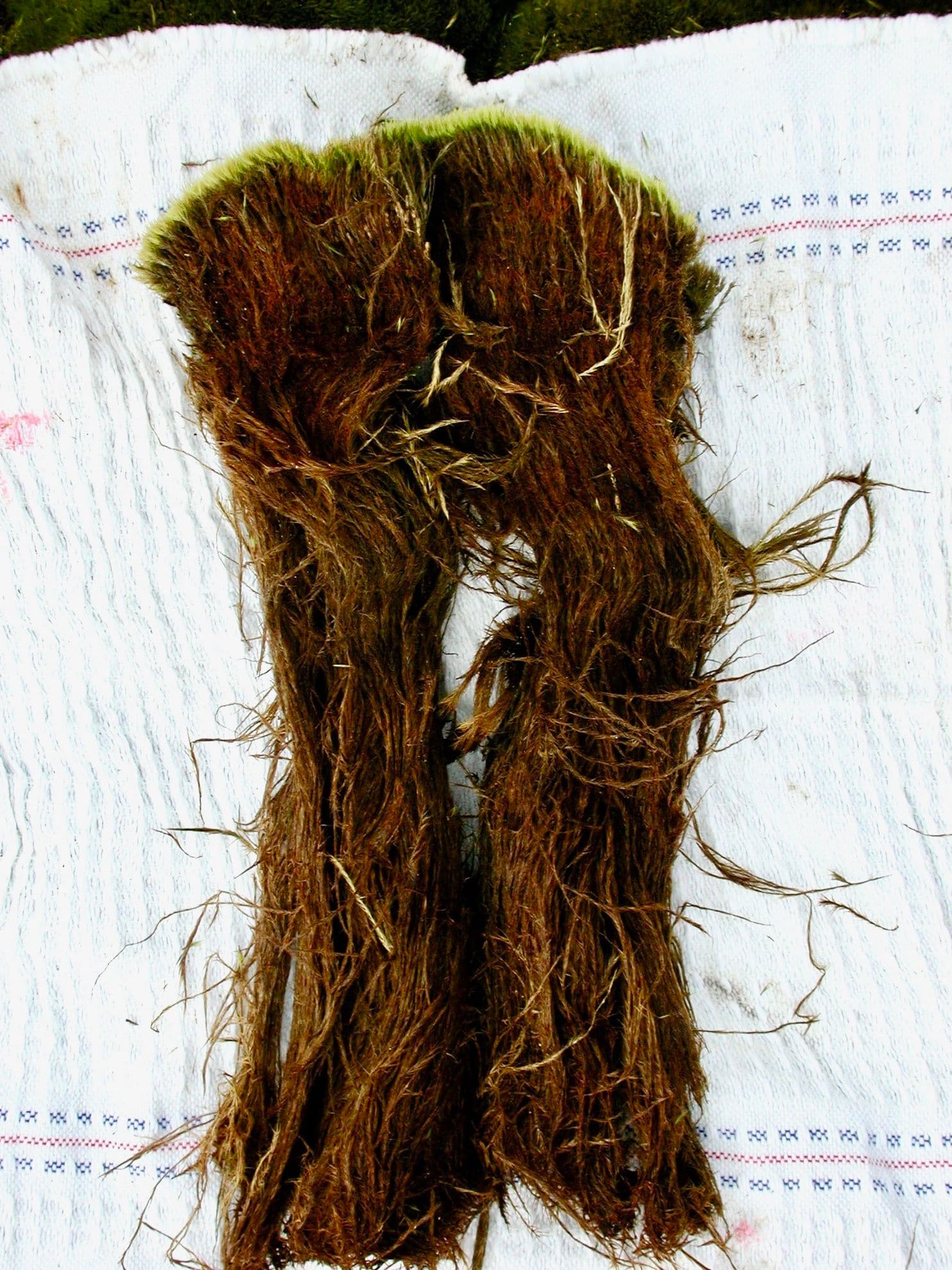 Convey and his team announced that they had awakened 1,500-year-old moss that had been buried more than three feet underground in the Antarctic permafrost. (P. Boelen/BAS)

The growing tips of roots and shoots contain regions of rapidly dividing cells in all plants that are called apical meristems. Apical meristems contain the plant's stem cells, which are not fundamentally different from the stem cells of animals.

You can begin learning more about this subject from this Nature scitable article.