What is this little owl-like bird?

I was walking outside (location: Netherlands) and just saw this little bird: 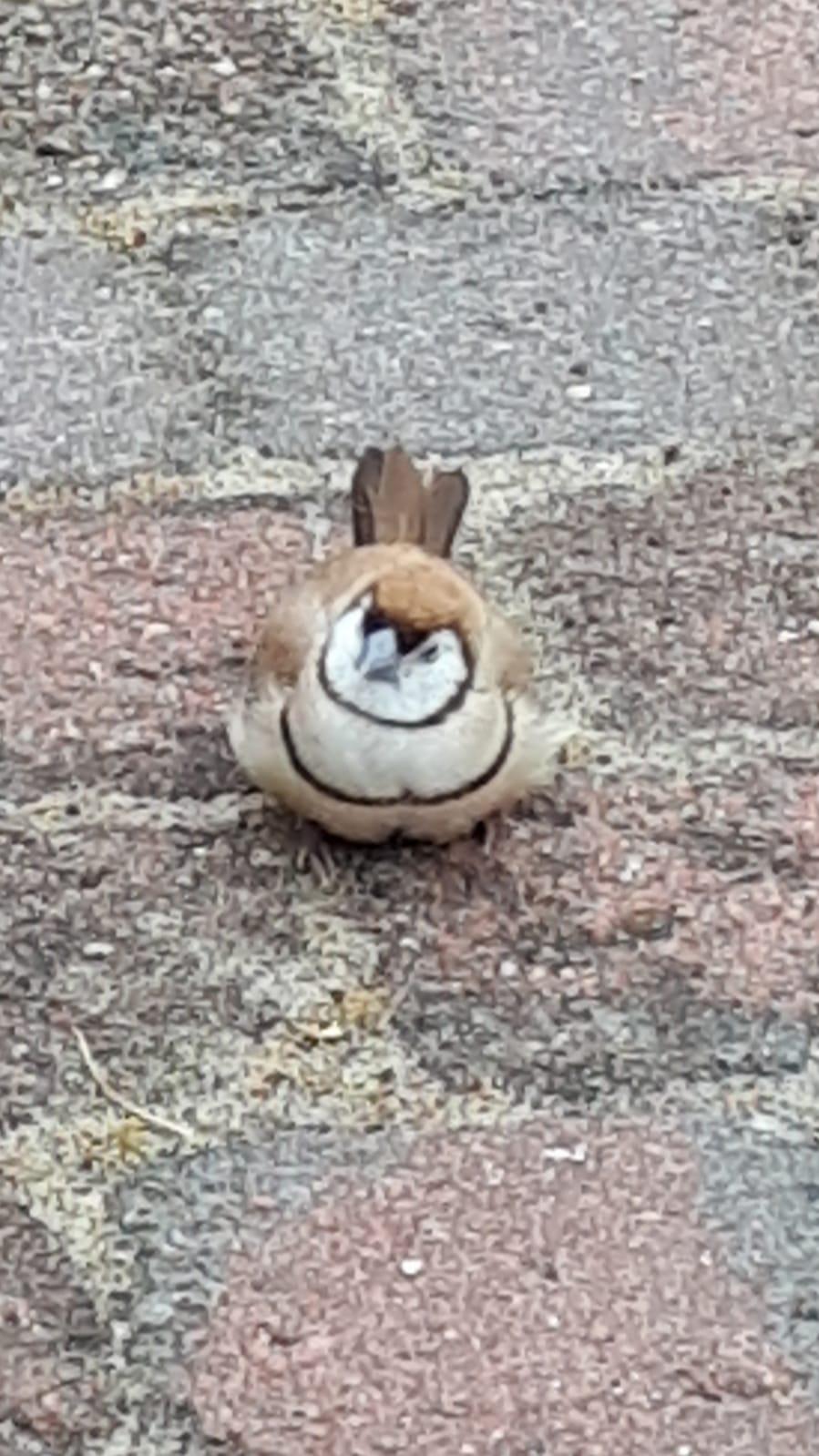 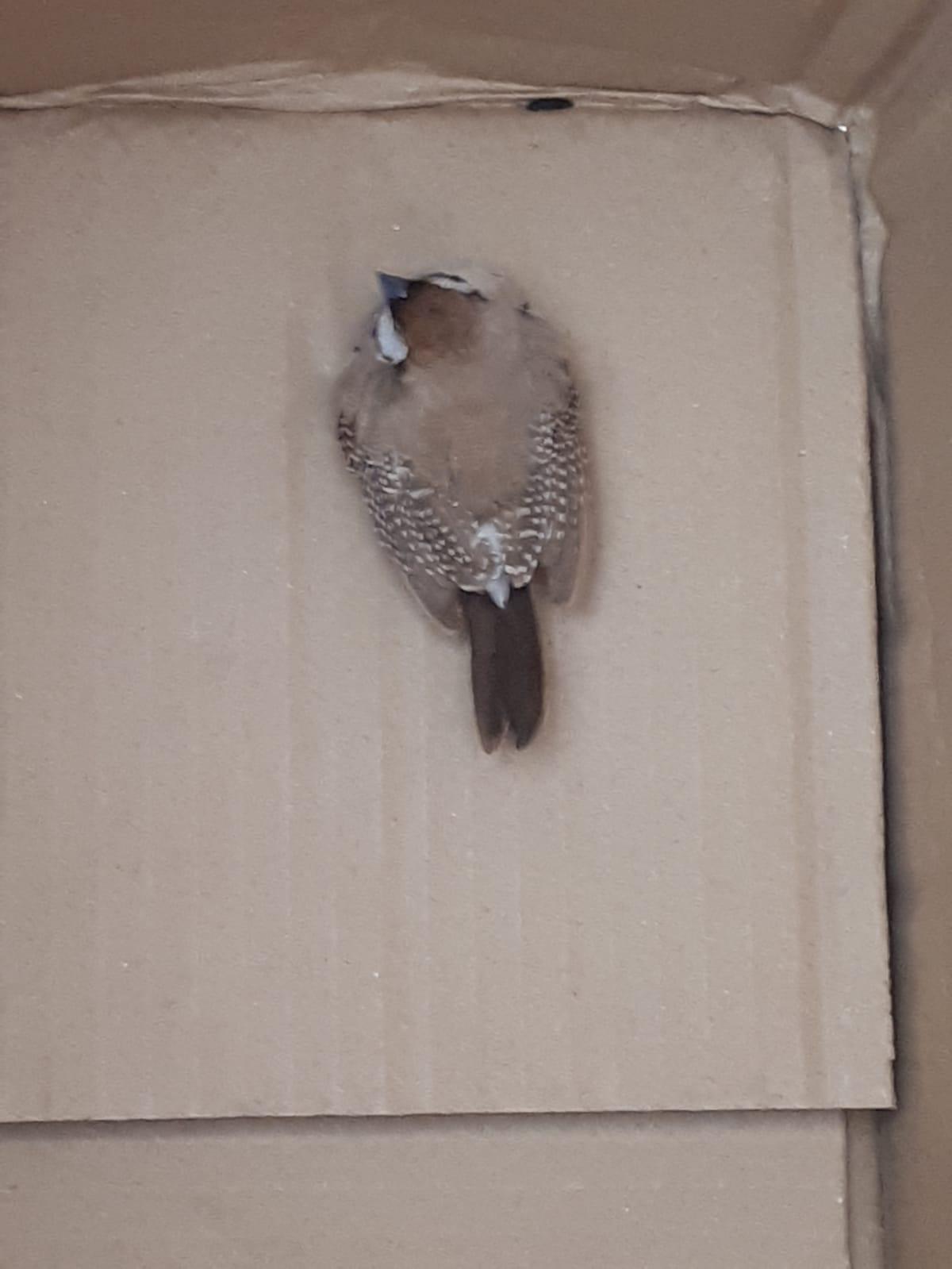 Unfortunately I had to take a long range picture with my cell phone so the quality is quite bad, however I hope still someone can identify this species. Personally I think it escaped somewhere as we have never seen it before and also did not seem to be scared of us.

This looks a lot like a double-barred finch (Taeniopygia bichenovii). Your note about this being an "owl-like" bird is supported by it's less common name, the "owl finch", so named for the dark ring around the face. 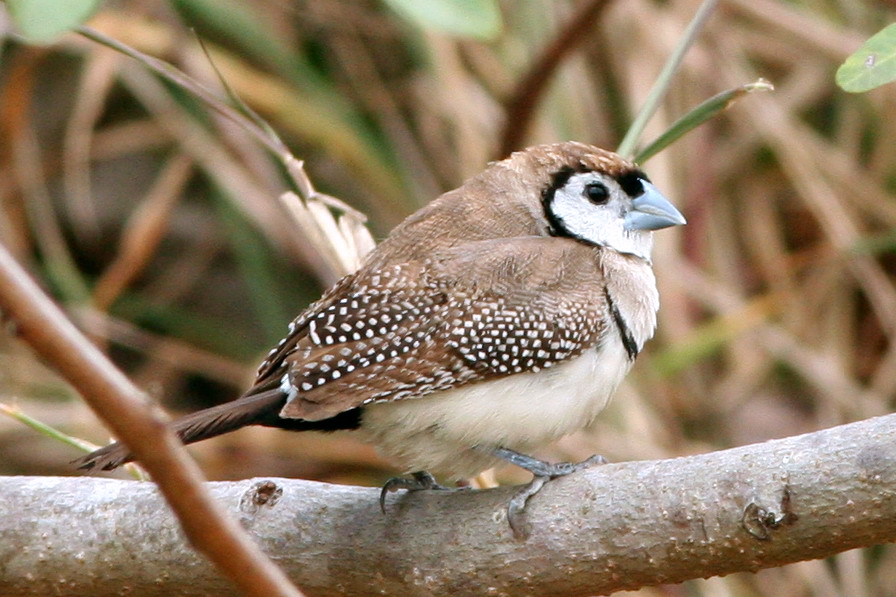 If this is in fact the bird you saw, you're right that it's not native to your country (or continent or even hemisphere!). The Taeniopygia genus is in the Estrildidae family, and it only contains two species native to Australia! According to Wikipedia, T. bichenovii is found:

You can read more at eFinch and The Atlas iof Living Australia.

10
What bird is this?
14
Name and Behaviour of Arthropods near a Cactus
3
Identifying flying insect from southern Poland / Upper Silesia area
3
What species is this little white bird?
2
Differentiating Antaresia (Children's Complex) Pythons using something other than color pattern
6
What is this yellow sticky excretion from a moth? Details in photos
1
What is the name of this black and white dove/pigeon?
3
What are these little insects in that I found in my greenhouse?