EDIT: I think what I was trying to ask was for a given gene, what factors could cause the transcripts to end in different locations. I drew a picture and it helped me figure it out a little 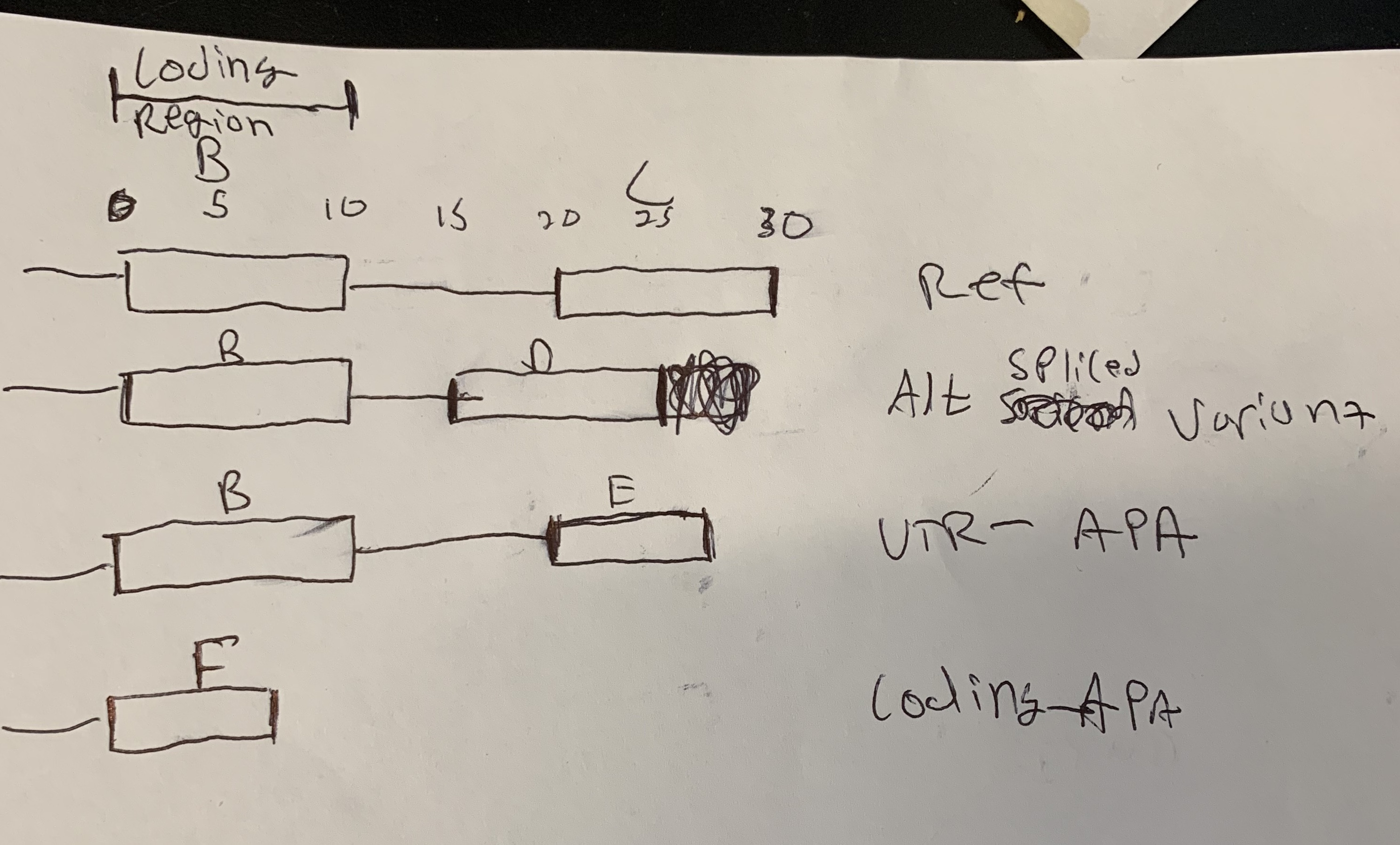 Here are 4 transcripts for a given gene, each of which end at a different location. Exon's C and D end in different locations because D is completely different exon than C that is being spliced to exon B. Exon on C and E start at the same location, but exon E is shorter, due to a UTR-Alternative polyA event. Exon B and F start at the same location, but F is shorter due to a Coding APA change. So alternative polyadenylation drives the formation of transcripts 1,3,4 while alternative splicing drives the formation of transcript 2. So I guess to rephrase my question, are there any other biological process that can affect where a transcript ends

According to a 2011 review1 alterntive polyadenylation sites can be located upstream of the 3'UTR (i.e. within introns or exons). When these sites are used it results in transcripts missing exons at the 3' end and can force alternative splicing. This alters the final protein product.

This figure from that paper may help make this clearer.

Not the answer you're looking for? Browse other questions tagged molecular-genetics gene-expression gene-regulation or ask your own question.