Any pointers to relevant material much appreciated!

1) Discerning between solid and granular

It is the distribution of the touch receptors in your skin that enables the distinction between solid and granular objects. 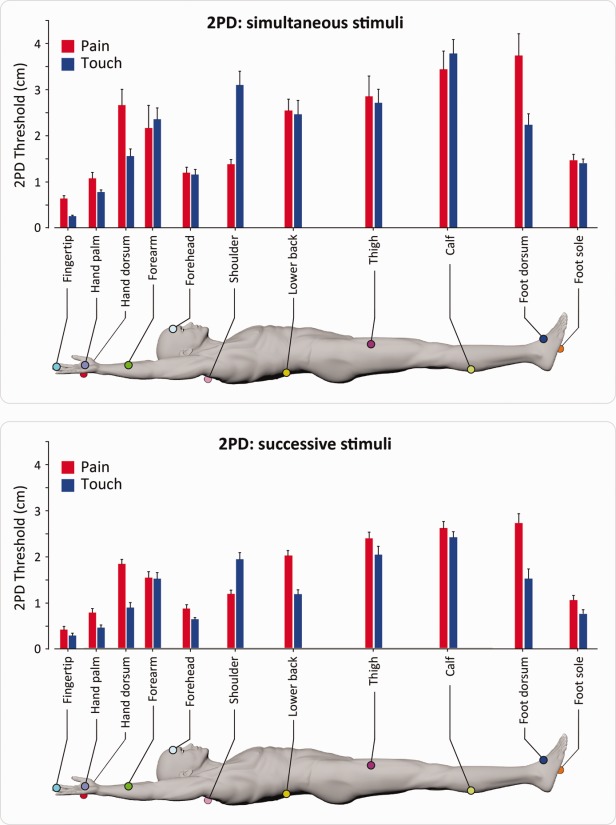 The sense of touch is enabled by touch receptors and pain by pain receptors (nociceptors). In general, pain receptors are activated by greater pressure than touch receptors. Walking on gravel (sharp-edged stones) likely applies greater force on a certain area of your skin than walking on rounded pieces of sand, so it will more likely cause pain.

Mechanoreceptive nociceptors have a high threshold for activation—they respond to mechanical stimulation that is so intense it might damage the tissue. (nobaproject.com)

Not the answer you're looking for? Browse other questions tagged human-anatomy perception pain or ask your own question.

7
Perception of distant lights without glasses
9
What part of the brain controls depth perception?
4
Is tactile perception two-dimensional or three-dimensional?
11
What limits the speed of human perception?
7
What stimulates a nociceptor?
3
Nature of sight/ color perception?