Is this a bedbug? (with picture)

I had some potentially infested clothing (and shoes) in a bathtub, and just after I bagged them to wash, I spotted this little fellow running away. I put it in a plastic food container and snapped a photo as close up as my phone could get: 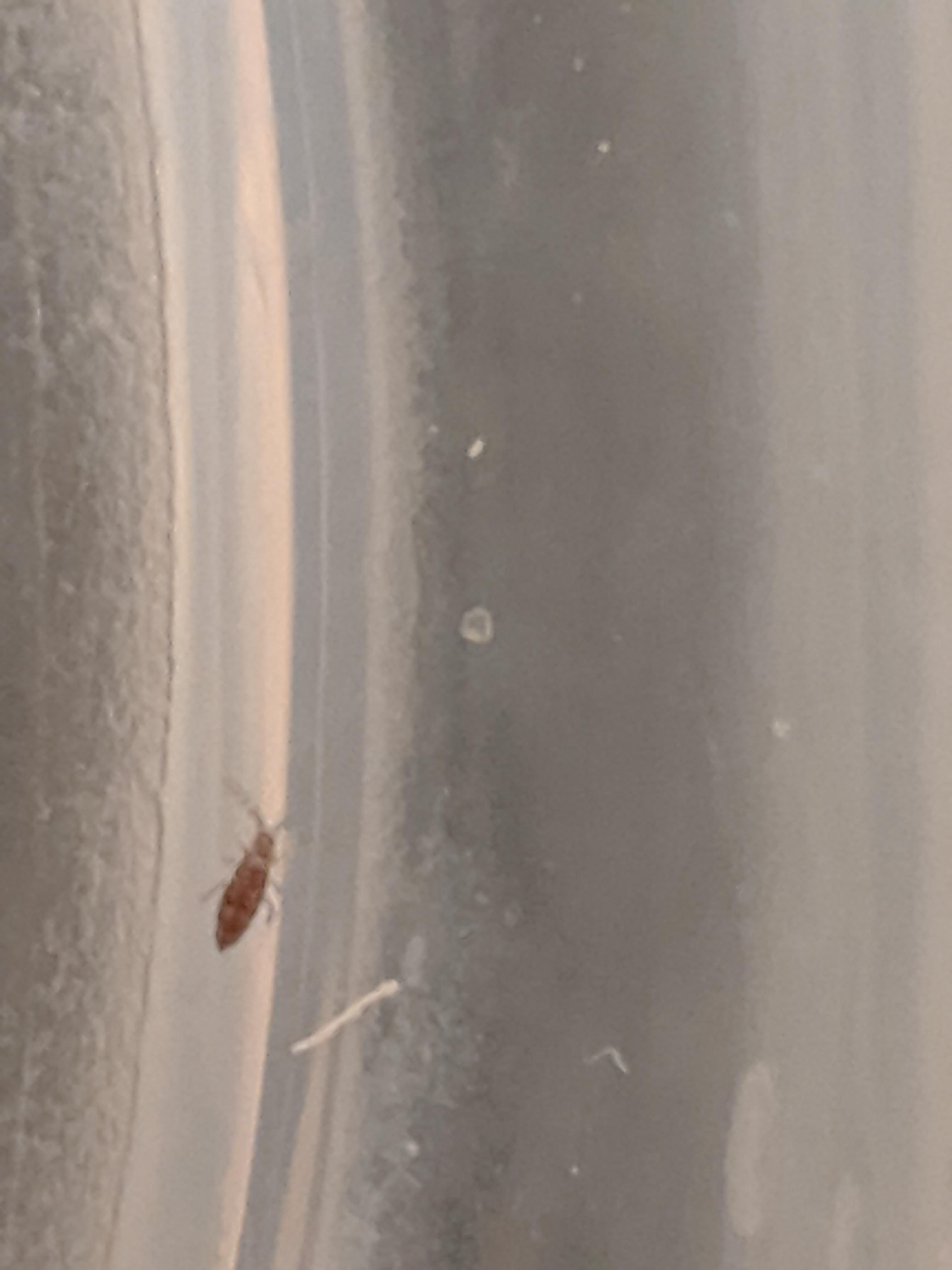 Is this a bed bug? Its length is about 3 mm, so presumably it would be a nymph if so. Compared to pictures on the Web, it certainly looks similar. However, it seems too thin (even for a nymph), and the antennas don't have that outward crook that all of the pictures (even of nymphs) seem to have. Also, at the time that I took the picture, it could not have fed on blood in the previous 12 hours. So hopefully it's not a bed bug at all; but maybe there's nothing else that it could be, and the pictures give the wrong impression of what's possible. Can anyone tell?

This is not a StackExchange that I'm used to, so if this is an inappropriate question, then I apologize, and I'd appreciate any suggestions of where to ask instead.

ETA: This is in the Midwest/Great Plains region of the USA.

ETA: Having seen more pictures, the thinner (or really, longer) form seems to be after they have fed. But as I said, this could not have fed within 12 hours at least (when the clothes it might have been in were removed, plus the people had no apparent bites). And that doesn't explain the relatively straight antennas. But it does seem closer now.

ETA: The picture doesn't seem to match any of the false IDs of bed bugs on this site, nor the related insects at bugguide.net. (And it compares to the actual bed bugs with the slight differences that I noted already.)

Browse other questions tagged species-identification entomology hygiene or ask your own question.