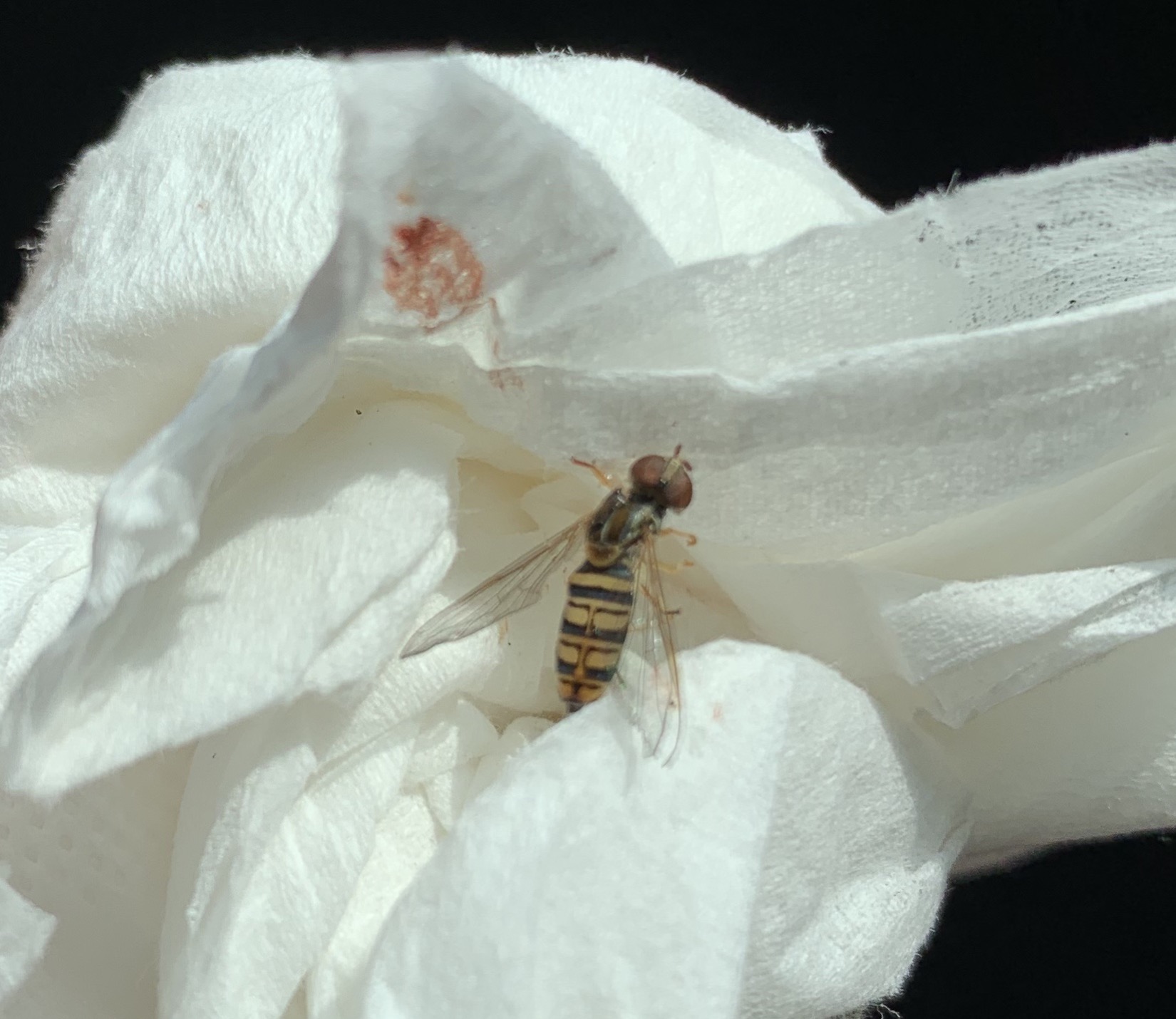 Hi, this was flying around inside the car in northwestern Maryland, USA, yesterday. When I squished it with a tissue I was surprised to see a red spot that appeared to be blood. Cannot find a picture of this bug online and was hoping someone can identify it. Thanks in advance.

That looks like a species of syrphid fly (aka. hover fly, flower fly) — not sure about the red fluid, but it probably wasn't blood. These flies are pollinators and the larvae eat pests such as aphids.

I don't know for sure what species that is, but it appears very similar to Toxomerus politus: 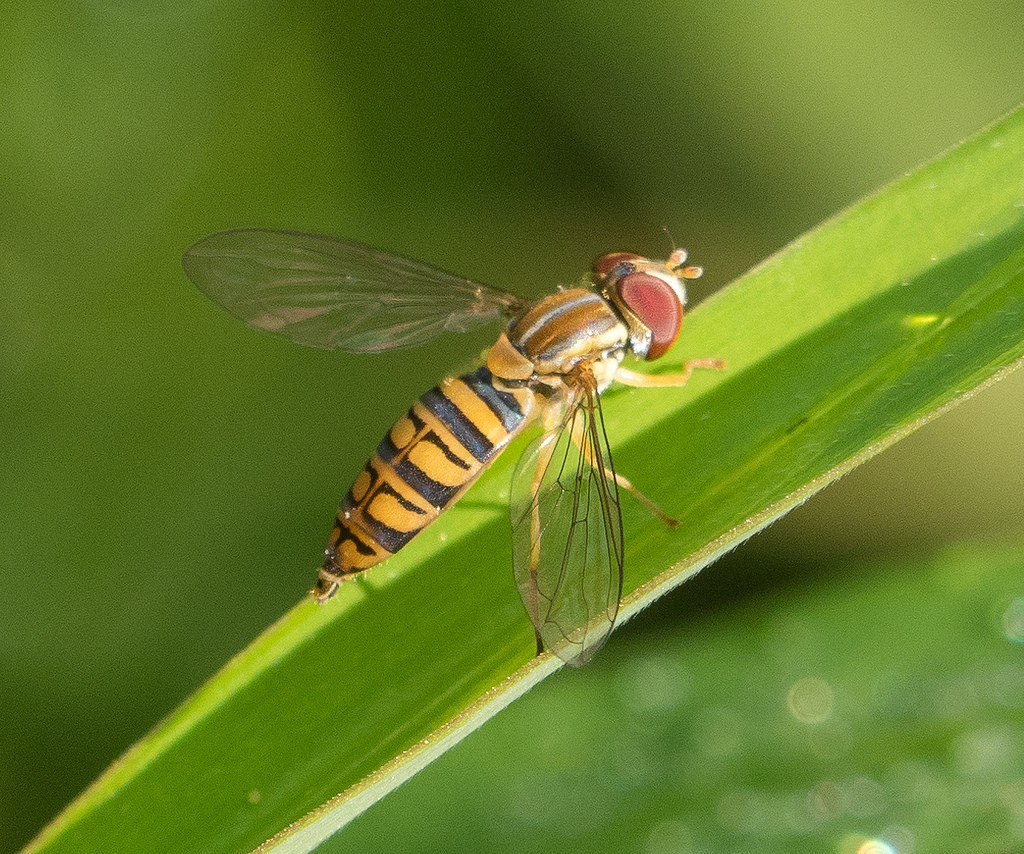 Other sources of information on this group of flies:

That hoverfly was probably feeding on red pollen from flowers. Many types of flowers have red pollen: 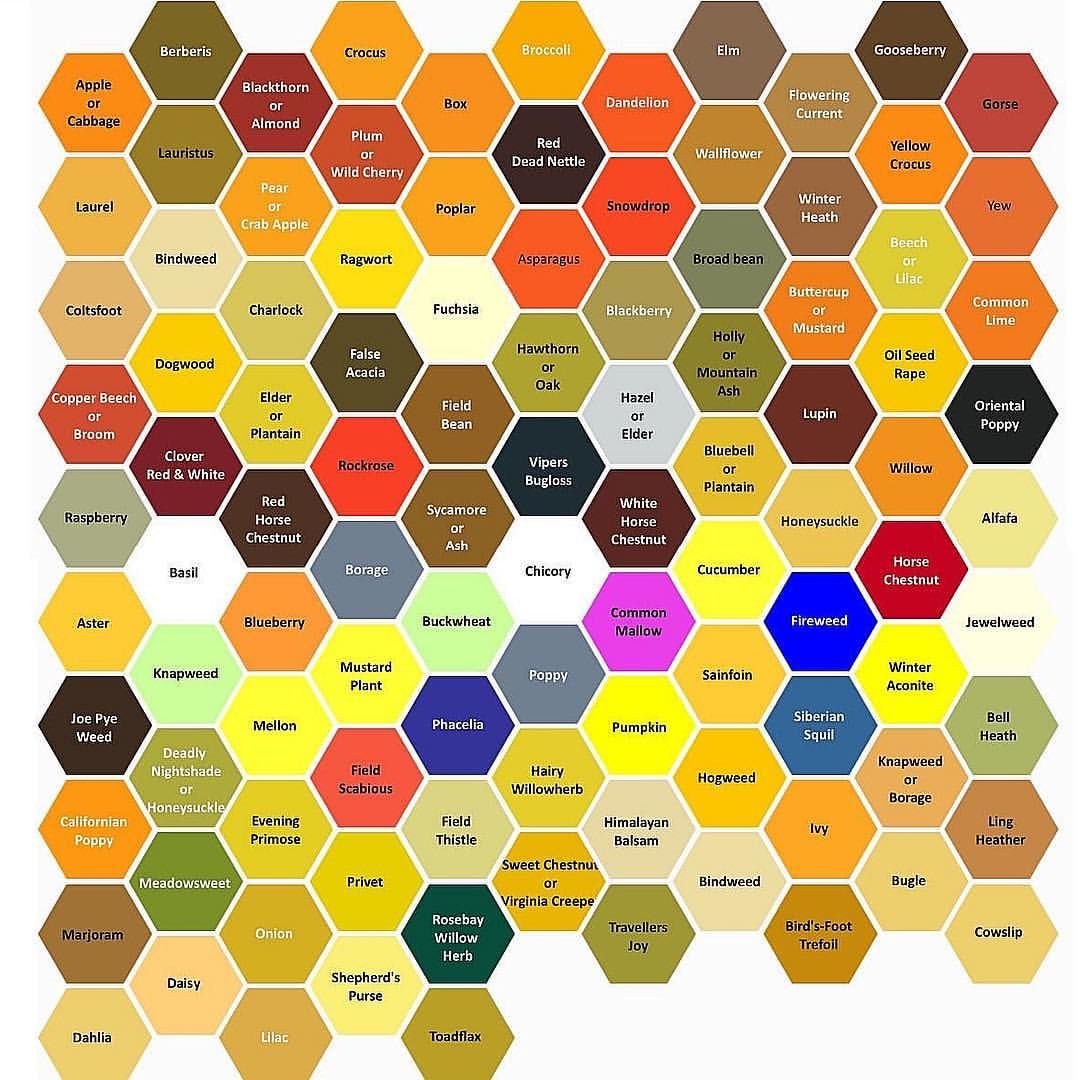 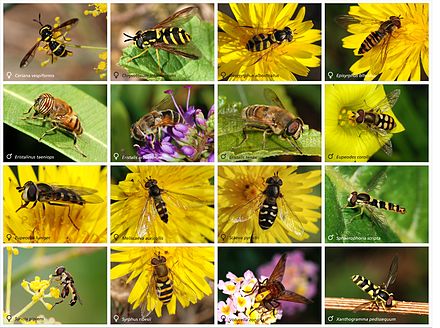 They were scientifically proven to eat pollen and nectar as early as 1883, when Muller disected the flies up to study their crop and insides.

Analyses of the pollen contents of the crop and intestine of 11 species of New Zealand Syrphidae . showed that small, sparsely haired hover-flies with unbranched hairs, short, simple bristles, and a short proboscis had ingested at least 99% anemophilous pollens, and that larger, more hairy hoverflies with pollen-collecting hairs, long, spirally grooved bristles, and elongate mouthparts had ingested pollens almost exclusively from nectar-bearing flowers. Pollen-feeding behaviour was studied in one hairy species, the drone-fly Eristalis tenax, and in one sparsely-haired species, Melanostoma fasciatum. Using granulated charcoal as a substitute for pollen, it was found that in E. tenax particles trapped among the body hairs are combed off by the front and hind tibiae and transferred to pollenretaining bristles on the front and hind tarsi respectively. Particles retained among the front tarsal bristles are ingested directly from the bristles. Those retained by the hind tarsi are transferred in flight by leg-scraping movements to the front tarsi, from which they are subsequently eaten. E. tenax also eats pollen directly from anthers. In M. fasciatum apparently all the pollen ingested is taken directly from anther lobes or stigmas. The few pollen grains that adhere to the body of this species are combed off by the front and hind tibiae and transferred to the front and hind tarsi, but are not retained there because the bristles are short and simple.