What is this toad suffering from? Myiasis or chytridiomycosis?

I found this toad on Aug. 29th at this location: position on osm 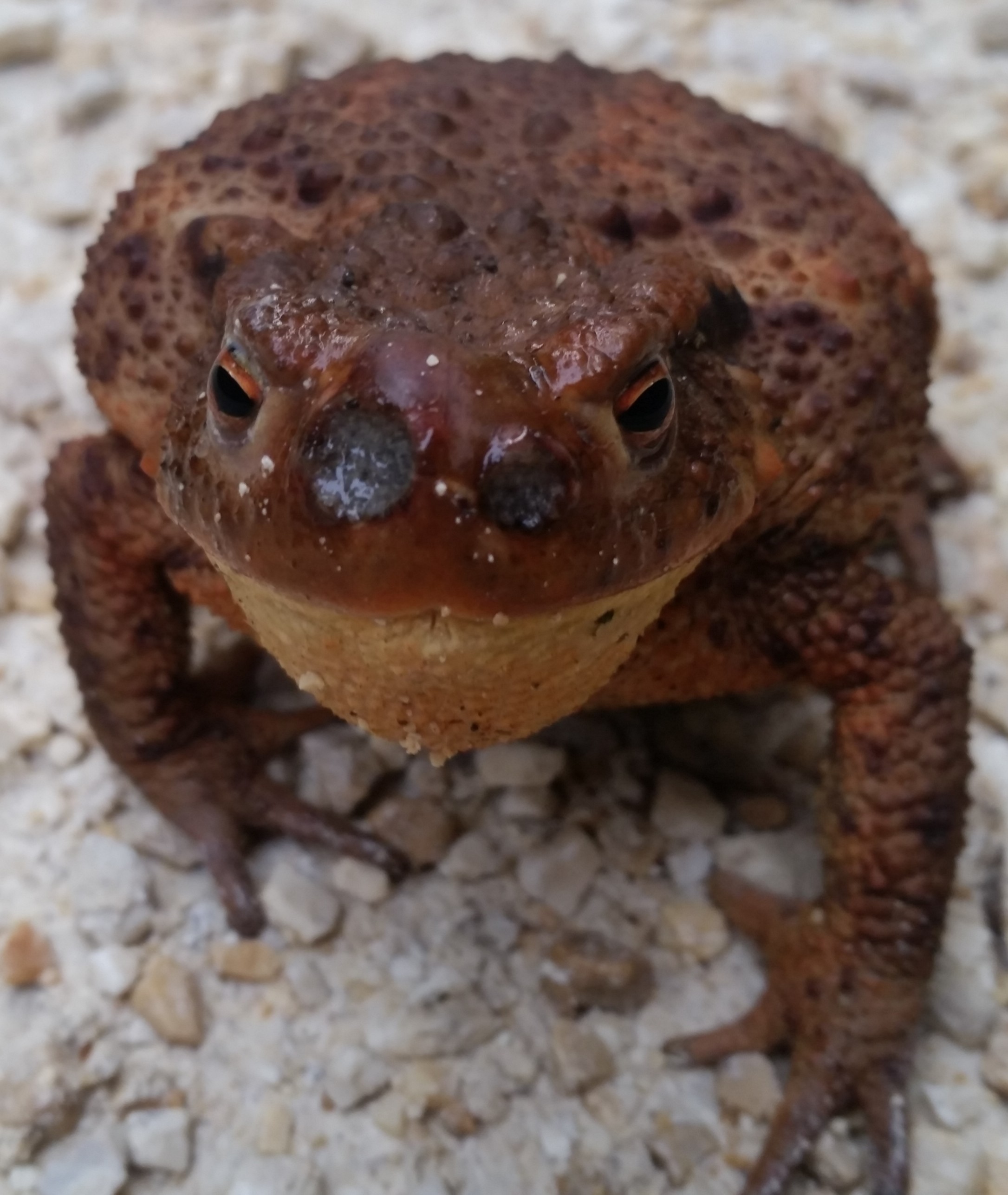 I think it is a bufo bufo, approx. 10 cm long. The nostrils seemed to be completely filled with a grey matter and from the activity of the floor of the mouth it apparently tried to breathe againgst this obstruction. It probably had enough oxygen via its skin though.

I tried to remove the obstruction using a blade of grass but this seemed to produce some pain as the toad closed its eyes on contact, so I stopped. The skin looked fairly normal and the toad was able to walk away after a while.

I can think of two causes for this condition.

I could not see properly, if there were any larvae or unhatched eggs inside the nostrils, but as the rest of the skin seemed unharmed I assume the latter.

Is my assumption valid or is there even a third possibility?

It is a female Bufo Bufo and you are right, there are toad fly (Lucilia bufonivora) larvae/eggs inside her nostrills. These flies lay their eggs inside toads' nostrills (specifically on Bufo Bufos) and the larvae start eating them. Sadly this disease ends up by the death of toad. They slowly eat nostrills, then mouth, eyes, and all the head. Here's a photo of a male bufo bufo, without a head. Someone found it walking around at this situation. https://i.stack.imgur.com/I6twl.jpg

AnonymousAnonymous
2611 bronze badge
New contributor
Anonymous is a new contributor to this site. Take care in asking for clarification, commenting, and answering. Check out our Code of Conduct.
$\endgroup$
1
Add a comment  |

Not the answer you're looking for? Browse other questions tagged infection amphibians or ask your own question.

1
Can SIRS occur without Sepsis from Infection?
3
Is it possible to get infected with HIV from old blood?
6
What (if anything) about tuberculosis makes producing a highly effective vaccine difficult?
1
What gives diarrhoea caused by Cholera its milky colour?
1
Can conventional PCR amplify DNA from different organisms from a specimen in a single step?
4
Can someone identify the species of this frog/ toad?
0
ID Request: What is this frog? Eastern Long Island, NY USA mixed hardwood forest
2
Is amphibians being descended from fish reflected in the animalia taxonomy?