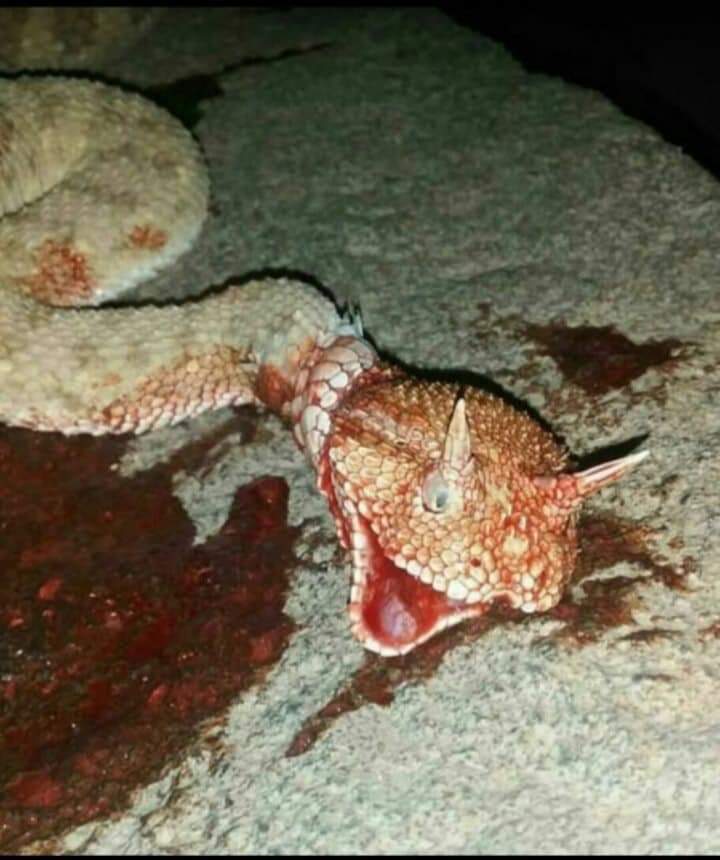 The picture looks like it's from the Cerastes genus. It looks similar to a head shot of Cerastes Cerastes (Saharan horned viper) shown on Wikipedia: 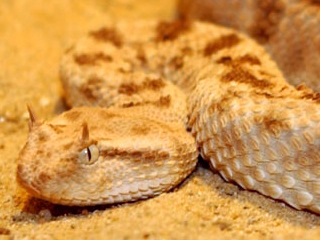 In fact, the incident you describe is also reported in Wikipedia's Cerastes Cerastes article since it could be the first sighting in Pakistan. However, I sincerely (and respectfully) doubt that this snake was producing the "baby crying sounds". According to Wikipedia they produce a "rasping sound" when threatened.

I'm not sure that the specimen in your photograph is actually Cerastes Cerastes but the genus should be correct.

Not the answer you're looking for? Browse other questions tagged species-identification zoology herpetology or ask your own question.