Nature versus nurture regarding aggression in specific dog breeds

A week ago I was bitten in my face by a dog that originally came from an asylum. That dog is half Rottweiler. Some people claim that the history of the dog is probably different from what the asylum thinks or says, whereas other people claim that Rottweilers or male Rottweilers are unreliable. But let's not focus on this single occurrence and ask the wider question:

Is there scientific evidence to indicate that there are certain breeds that produce significant numbers of dogs that are inherently and unreliably aggressive, or is such aggression usually the consequence of how their owners raised them?

It seems that there are some important differences in dog aggression depending on the dog breed (towards strangers, owners, and other dogs): 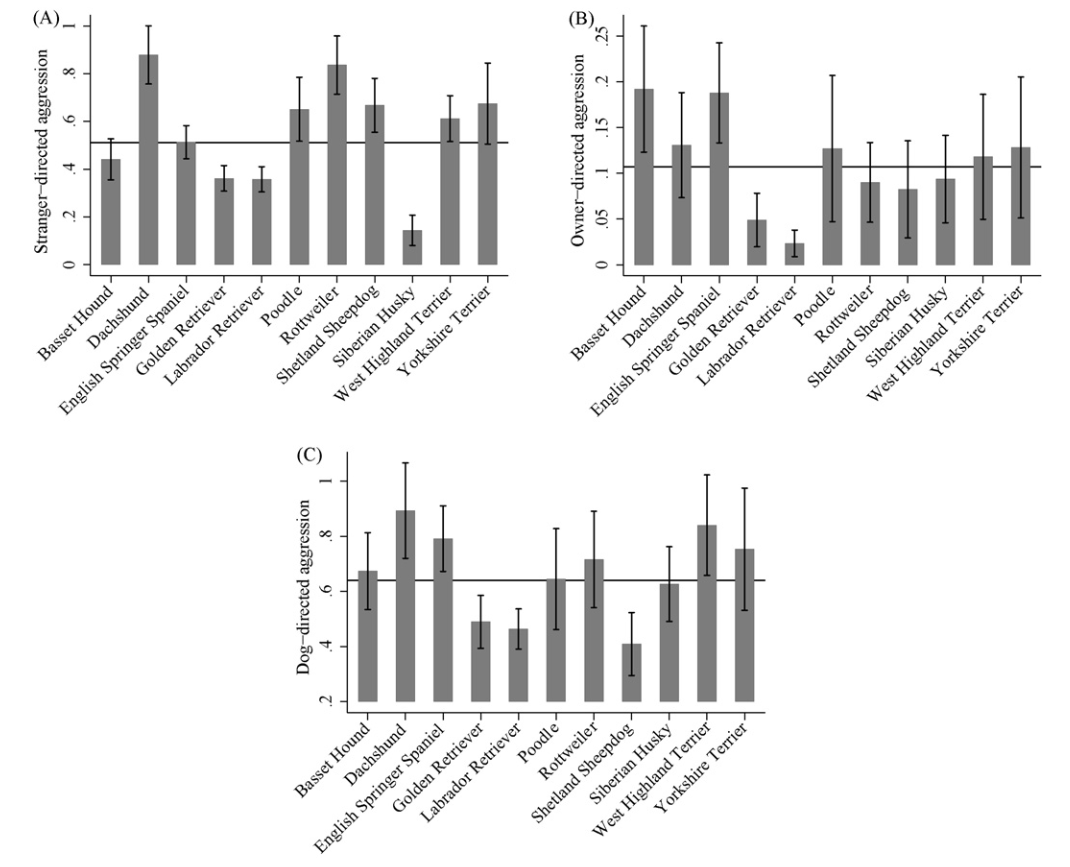 That being said, it seems that a significant proportion of a dog's behavior can be due to its environment (training, etc), according to a study, this 'nurture' component might explain up to 80% in the variation in aggression (which should be considered when interpreting the other study I cite).

There is another study, in addition to that cited by @TumbiSapichu, that establishes a genetic component in canine aggression. This is: Zapata et al. (2016) BMC Genomics 17:572 and is entitled Genetic mapping of canine fear and aggression.

The study did not set out to establish which breeds, if any, are most aggressive, but started from the proposition that there might be a genetic component in canine aggression, and tested this by a genome-wide association (GWA) study on one cohort of different breeds. This established certain candidate genes, which were tested — and confirmed — on a second cohort. The authors of the paper conclude:

“We have mapped many canine fear and aggression traits to single haplotypes at the GNAT3-CD36 and IGSF1 loci. CD36 is widely expressed, but areas of the amygdala and hypothalamus are among the brain regions with highest enrichment; and CD36-knockout mice are known to have significantly increased anxiety and aggression. Both of the other genes have very high tissue-specificity and are very abundantly expressed in brain regions that comprise the core anatomy of fear and aggression – the amygdala to hypothalamic-pituitary-adrenal (HPA) axis. We propose that reduced-fear variants at these loci may have been involved in the domestication process.”

I appreciate that the reader may wish to see a graphic showing that Rottweilers are more aggressive than Yorkies, for example. However the paper clearly answers in the positive the question of whether there is a genetic component in canine aggression, and the paper has 20 pages and eight figures for anyone who wishes to tease out information regarding specific breeds. (I do not own a dog, so lack the incentive to do so myself.)

Not the answer you're looking for? Browse other questions tagged behaviour literature dogs or ask your own question.

10
Are there dog breeds that are so far apart genetically that they can't produce viable offspring?