Found this spider in my garden

I found this guy in my backyard. I have no clue what he is, though I'm assuming it's a jumping spider after doing a little bit of searching. For context, I live in Southern California, close to being right in between LA and San Diego. It's suburban, though there are a few reserves that are close by. It is incredibly small, probably no bigger than a dime. It's mostly orange and black with some rings of white on the legs. It's pretty hairy as well. The only thing I'd like to know is if it's poisonous or dangerous, as I don't need my dogs getting sick or injured. If possible, I would also like some links for some background reading on it! 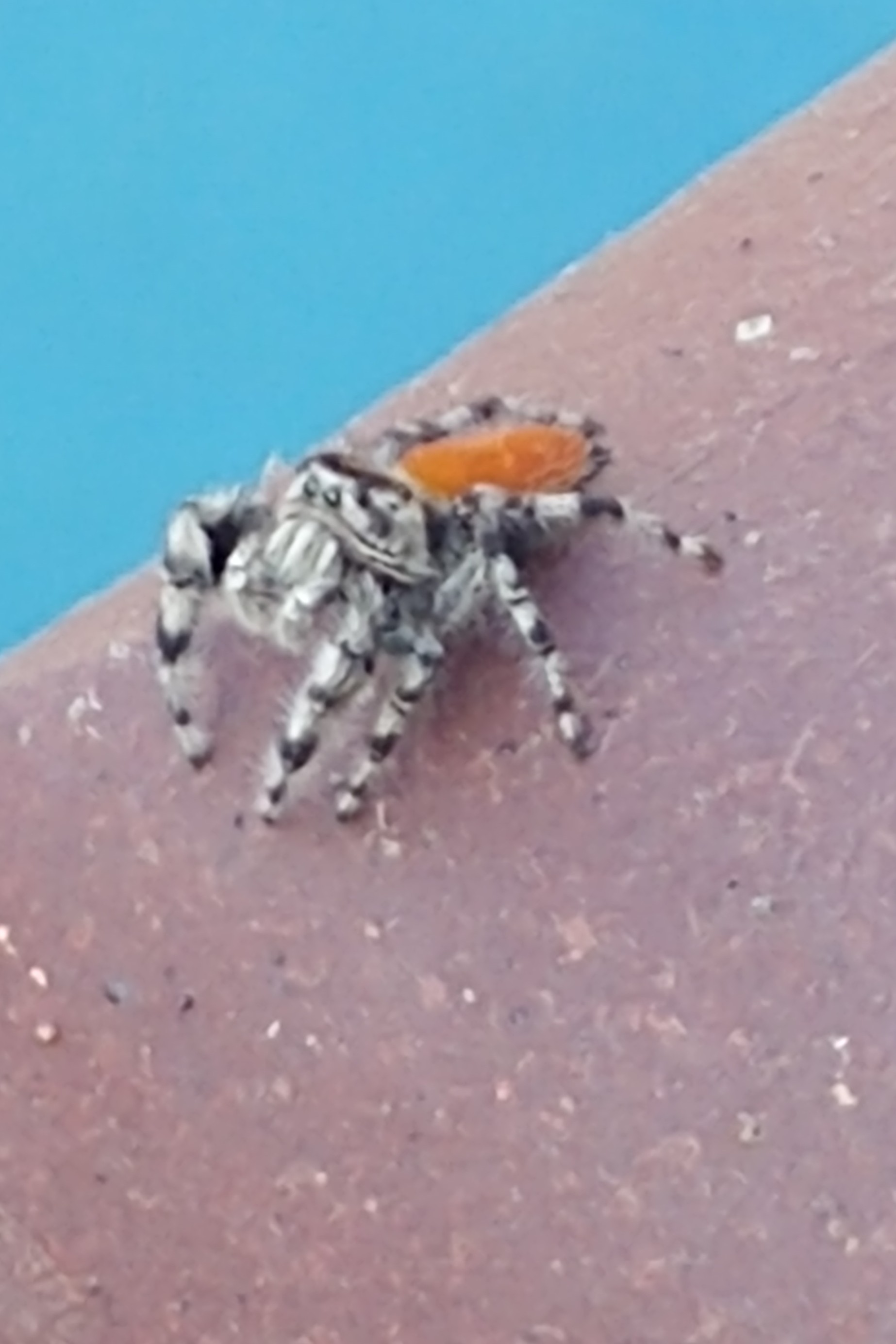 As Karl mentioned in his comment, this is a jumping spider in the family Salticidae.

Based on your location and the coloration, I would suppose this might be Phidippus adumbratus. 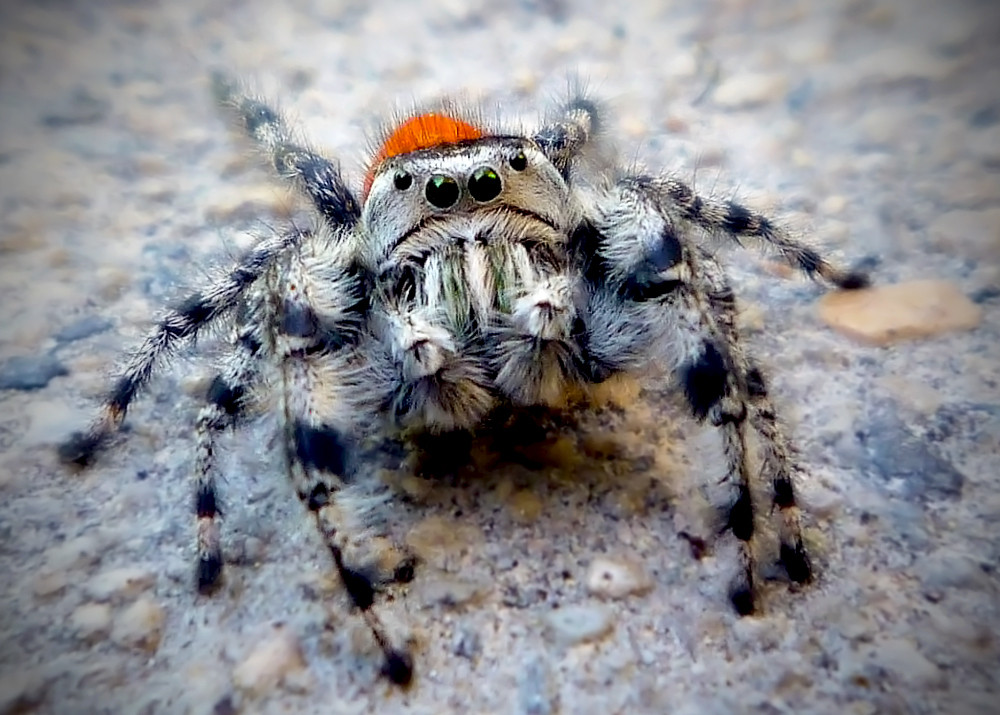 You can see more pictures here and here.

I don't think the angle nor zoom quality of your photo can be used to definitively ID your specimen to species. However, as you can see in the photo above, P. adumbratus is not a bad candidate.

According to Edwards (2004) this genus is sometimes difficult to tell apart, but P. adumbratus can be distinguished from other Phidippus species as follows:

Males can be distinguished from the closely related P. boei (and all other species of Phidippus in California except P. aureus) by the orange scales dorsally on both carapace and abdomen (P. boei is black with a red abdomen dorsally), although island populations have the OQ scales darker and reduced in number. P. adumbratus has a much longer, narrower embolus apical portion than P. aureus. Females can be distinguished from P. kastoni by the shape of the internal ducts of the epigynum; the duct heads are narrow in P. adumbratus (broad in P. kastoni) and the gland is visible as a rounded projection on the anterodorsal surface of the duct head (not visible in P. kastoni). Females are covered dorsally with orange or gray scales (usually with white abdominal spots), unlike the females of P. boei, which have a similar epigynum but are black in color without markings, or with red dorsal scales only on the abdomen (without spots).

A map of geo-referenced records from GBIF shows the occurrence of this species in southern California: 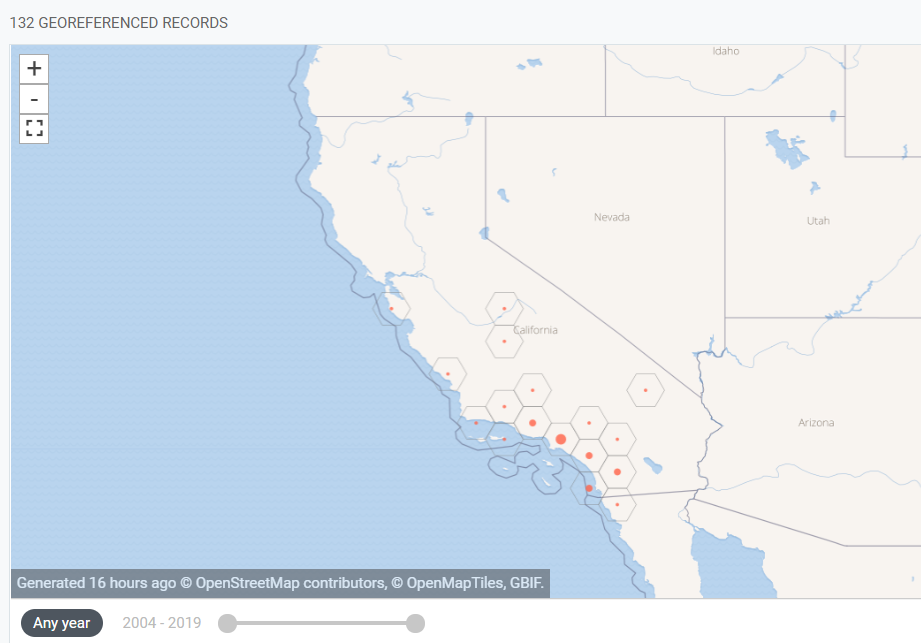 Edwards, G.B., 2004. Revision of the jumping spiders of the genus Phidippus. Occasional Papers of the Florida State Collection of Arthropods, 11.