Genetics and Heredogram - Proving the teacher is wrong

I want serious help here. I'm in first year of medical school and I jut had my second test in Genetics. One question of the test gave us a heredogram and asked us what was the most probable type of genetic disease the family had. There were 2 types of disease that would fit the heredogram. Recessive autosomal and Dominant X-linked. I put both and explained why both them fit. But a lot of my colleagues put only one of them. He said after that he wanted X-linked, because the heredogram had more trends of X-linked diseases. I just don't bite that. This is not the way we calculate probability. For example a autosomal disease can happen in 44 out of the 46 chromosomes while the X-linked only in the X chromossome (1.5 in average). Also, what if recessive diseases are more common than dominant. What if most of the people with X-linked diseases are infertile or if most of them dies. All of these reduces the chance of a given heredogram being Dominant X-linked. We can't say something one based on the trends.

The heredogram is the below. 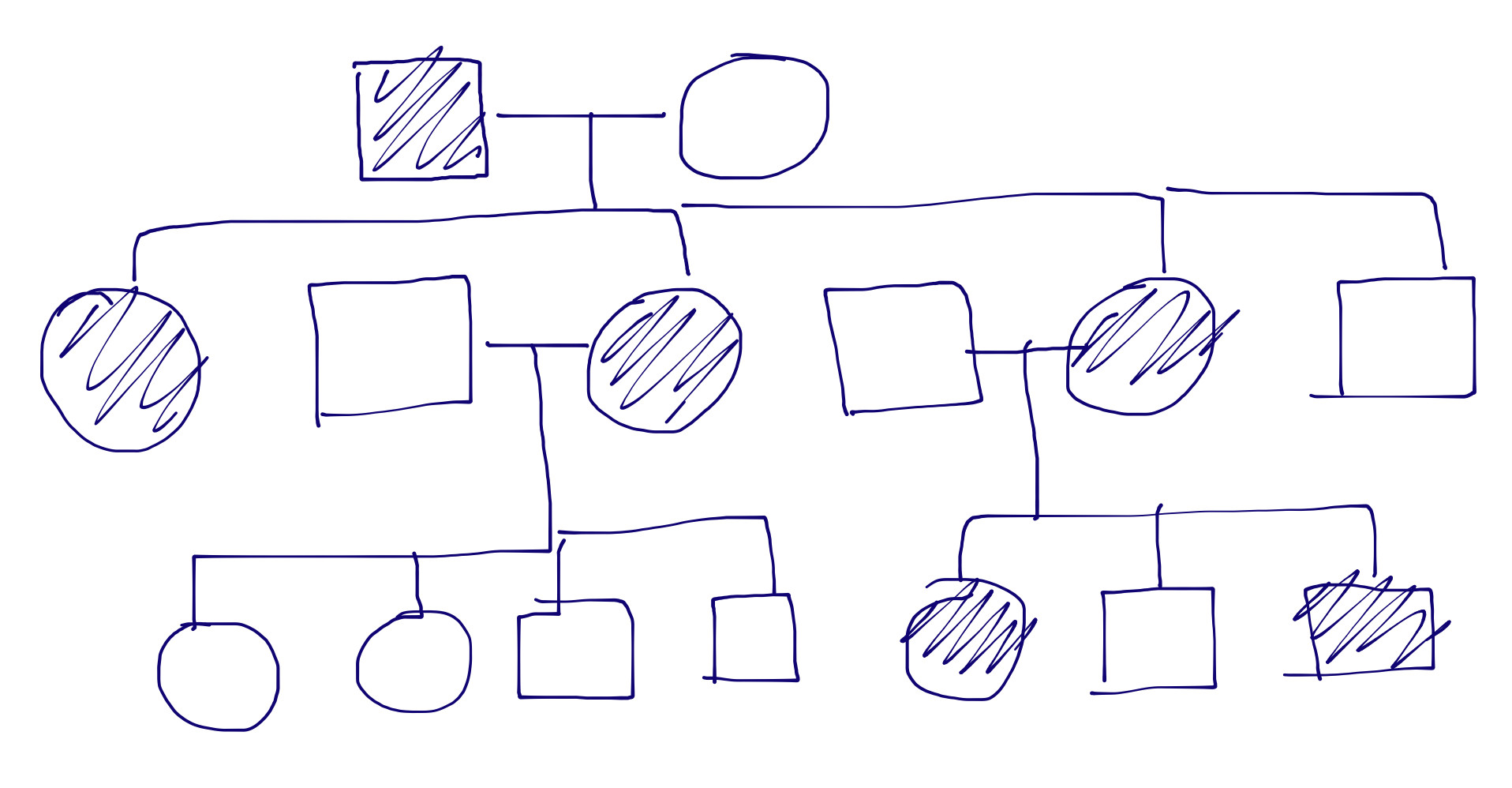 Do you agree with me? I really need some opinions of other people so we can contest the teacher. Otherwise half of the classroom will get a zero.

I think you are making this too complicated. You don't have enough data from this diagram to make any sort of rigorous statistical judgement. You are just looking for clues.

For an autosomal recessive trait, you'd expect roughly equal numbers of male and female offspring to be affected in the first generation where once parent is affected and the other is a carrier. This is true regardless of all the red herrings you raise about the number of autosomes, fertility, and lethality. So this is a little odd looking for an autosomal recessive trait. It's a tiny sample size, so not impossible, not definitively ruled out, just a little unlikely.

Diagrams like this don't usually give you a definitive result, but they can indicate where to start looking.

5
Genetic carrier Pedigree of Recessive Traits
3
Gene frequency problem
5
Pedigree Analysis: Problem
3
Concept and analysis of Pedigree
9
Can recessive alleles be expressed?
2
Why is the mechanism of inheritance for this disease autosomal dominant?
0
Inheritance of FEVR (Genetic Disease)
1
What is the difference between Haploinsufficient and Autosomal Dominant mutations