What is this insect? (Location: Hong Kong; size: 8 mm long, 4 mm wide, 2 mm thick; color: black with some brown at center on the top)

What is this insect? (Location: Hong Kong; size: 8 mm long, 4 mm wide, 2 mm thick; color: black with some brown at center on the top) 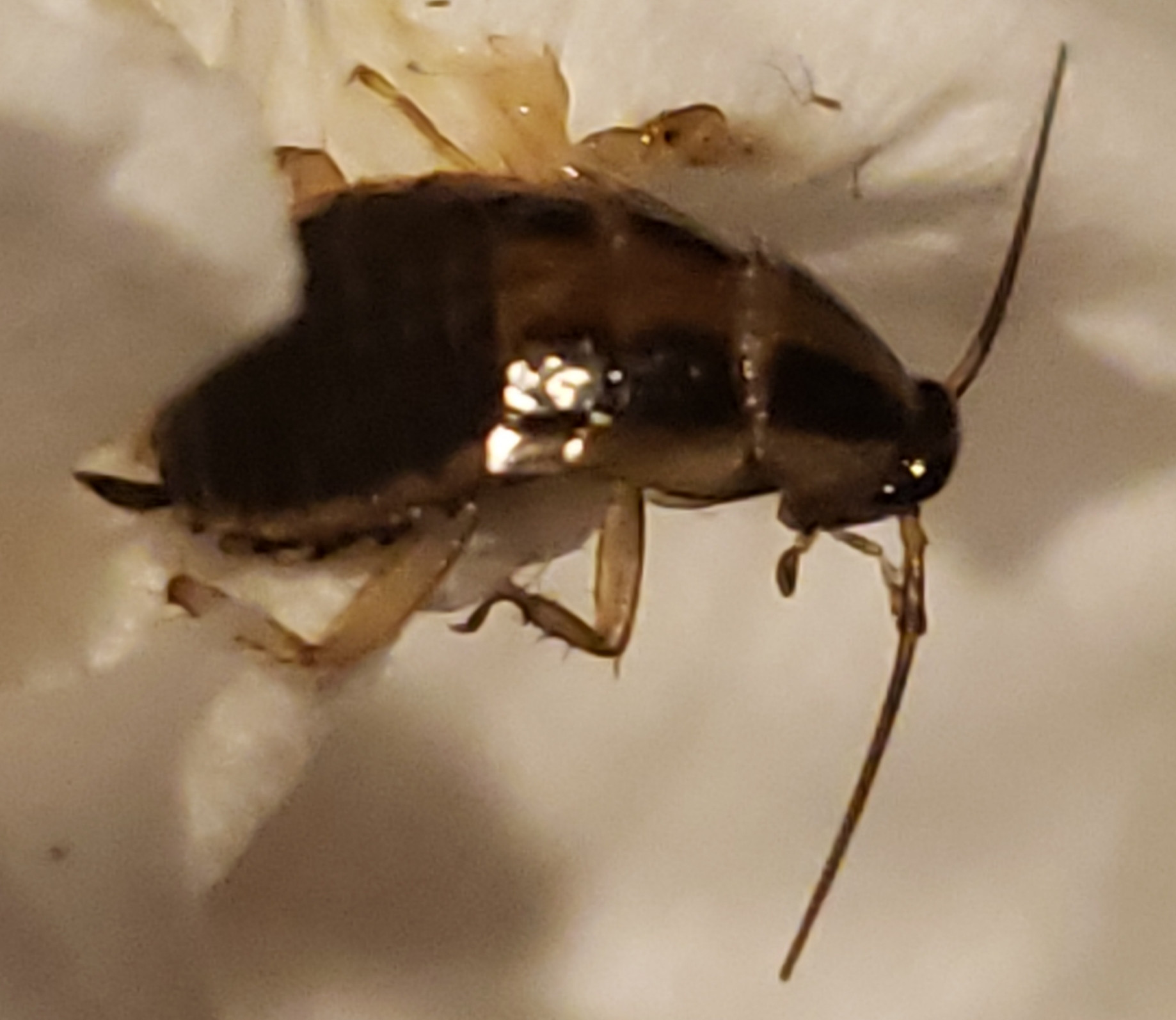 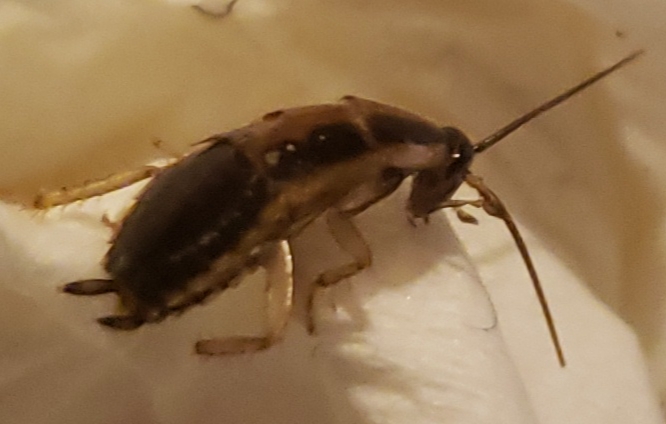 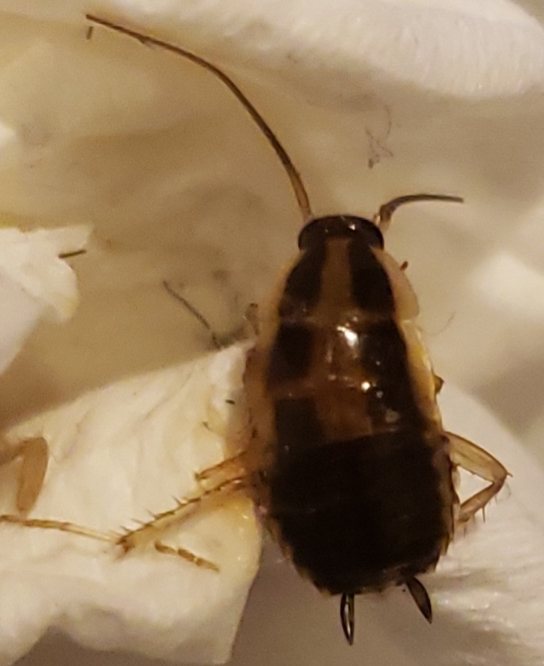 The insect in the picture was slightly damaged after an altercation with a human.

This is a cockroach.

According to Wikipedia, these 2 species appear very similar. At the adult level, it's actually more behavior (B. asahinai is a better flyer and tends to fly toward light) and habitat (B. asahinai prefers living outdoors while B. germanica prefers living indoors) that "best" differentiates these two species.

Your specimen is not an adult, however, as is made very clear by the extension of the dorsal parallel stripes extending beyond the pronotom, by the relatively small size of your specimen (<10 mm long), and by the absence of clearly-developed wings [see here for descriptions].

This wingless and long-striped specimen is an immature nymph. Although UFL indicates that late instar roaches of these two species can be identified by the presence of white spots on the dorsal abdomen of the Asian roach, your specimen appears to be an earlier instar and does not yet have this spotted pattern.

As in the adult stage, the early instars of B. asahinai and B. germanica also appear quite similar: 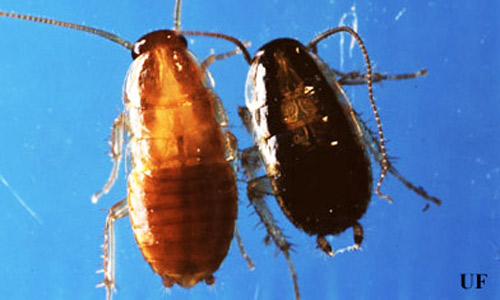 German nymphs are slightly smaller than Asian roach nymphs, but again they are quite hard to tell apart (often times being less distinct that the above picture).

Regardless, if it was found inside, you need to act quickly to prevent an infestation...

2
What species of butterfly is this?
5
Can anyone ID this ant queen species?
5
What flying insect is this? Resembles Wasp / Crane Fly / Moth?
2
What is this snail? (Location: Bangkok, Thailan; size: 3 cm long, 5 mm wide; color: mostly black)
7
Insect with long neck—what is it?
4
Identify this insect with a big “face” pattern on its brown fuzzy wings
1
What is this red orange insect with black dots found in Japan?