Resources to identify wild mushrooms and assess risk if eaten

I live in the countryside of Western Europe by the beach with a temperate climate with pine trees and eucalypti. I found two types of mushrooms in two separate spots in the woods and would really like to eat them if they are edible.

The first looks like Lactarius deliciosus from this page and the second like Oyster Mushroom (Pleurotus ostreatus) from this page (except that it has black gills underneath). But I could not find a comprehensive catalog of mushrooms with pictures to identify them.

What resources could I use to identify wild mushrooms and assess the risks if they are close to another species? Is it safer to buy a known species, leave it to grow in another area, and harvest this known species in a few months?

Some photos lack clarity because it was close to dusk. Here are the mushrooms in the first spot: 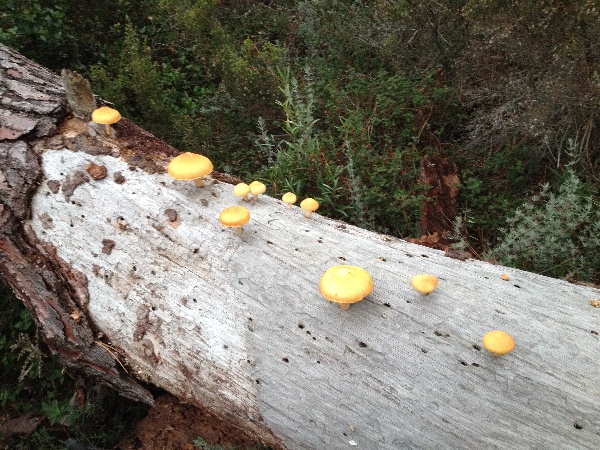 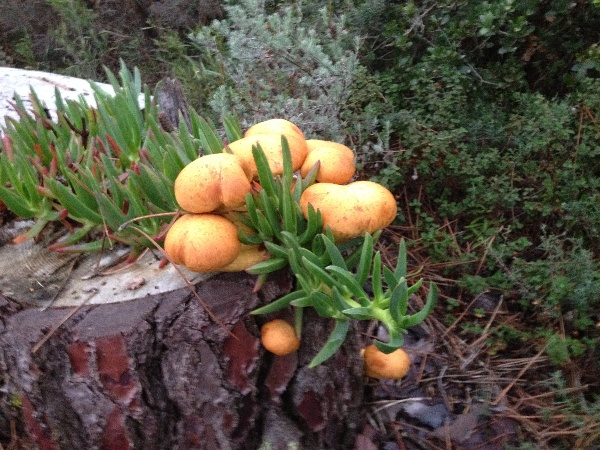 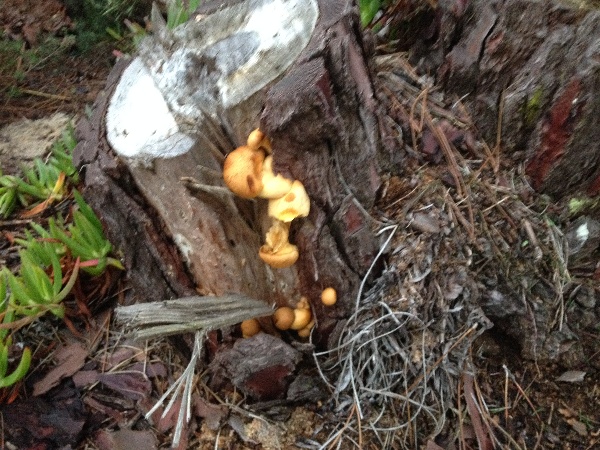 Here are the mushrooms in the second spot: 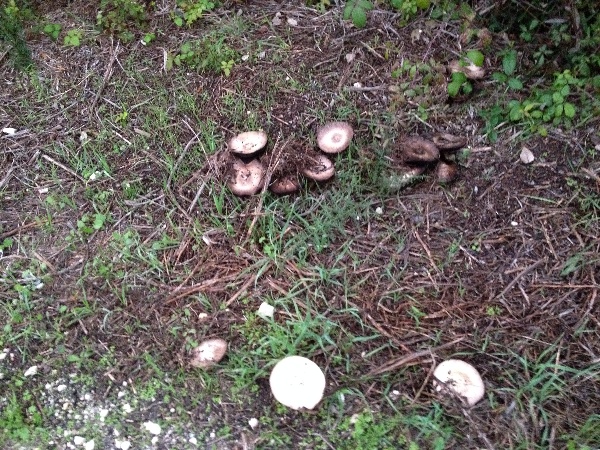 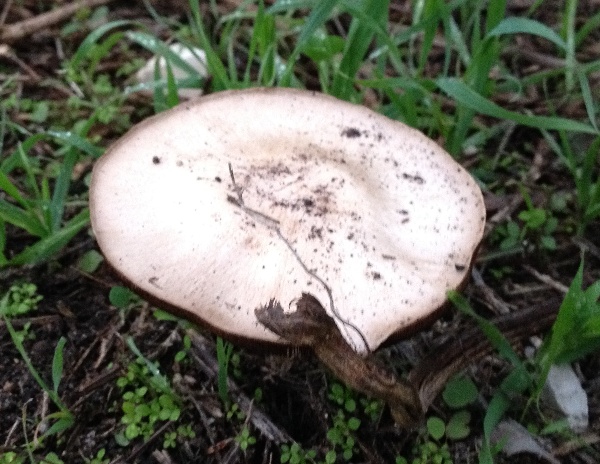 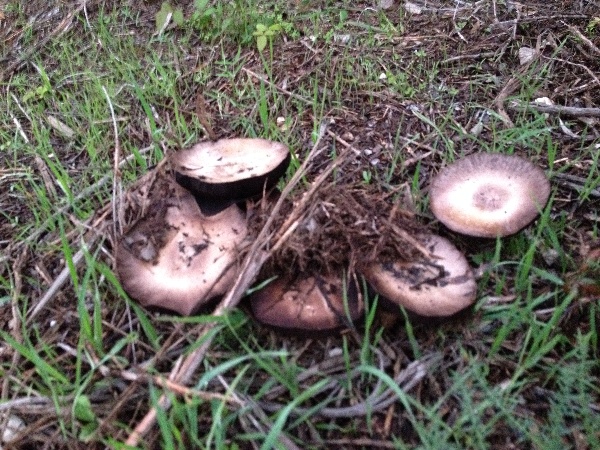 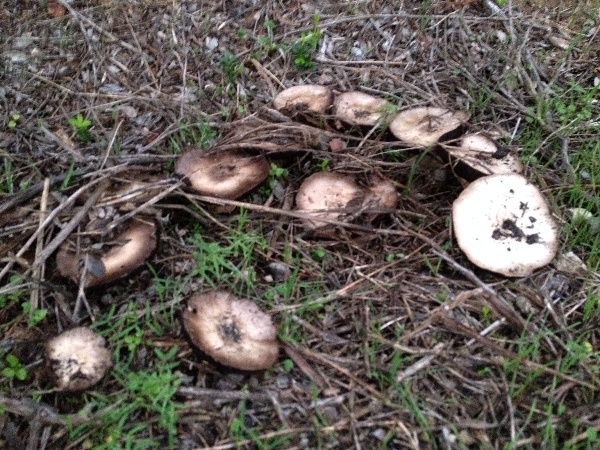 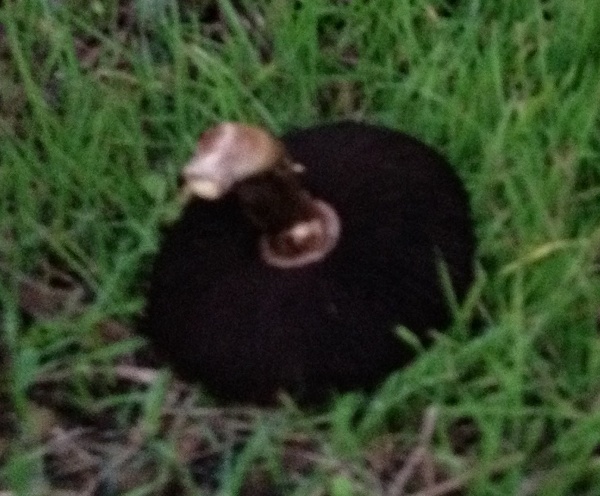 Two weeks later, the mushrooms in the first spot had grown to the images below, which may help in identifying them. It no longer looks like Lactarius deliciosus and more like Fistulina hepatica. 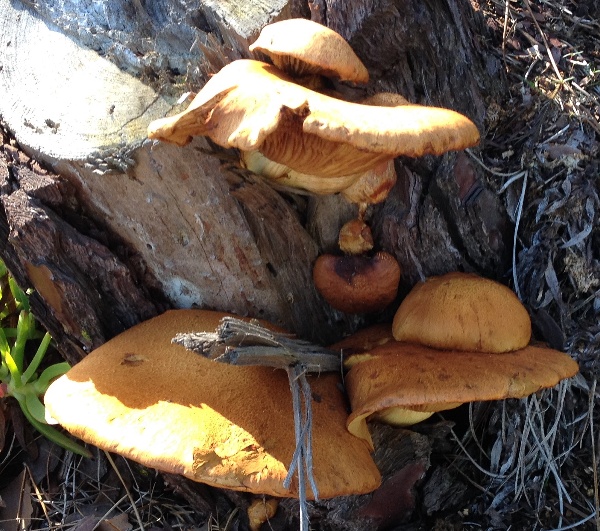 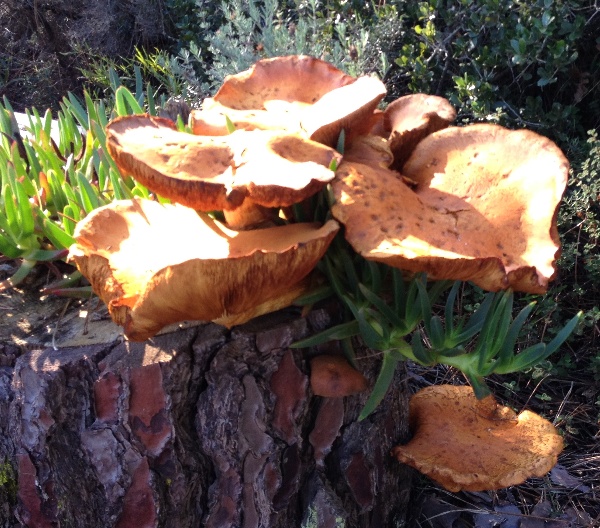 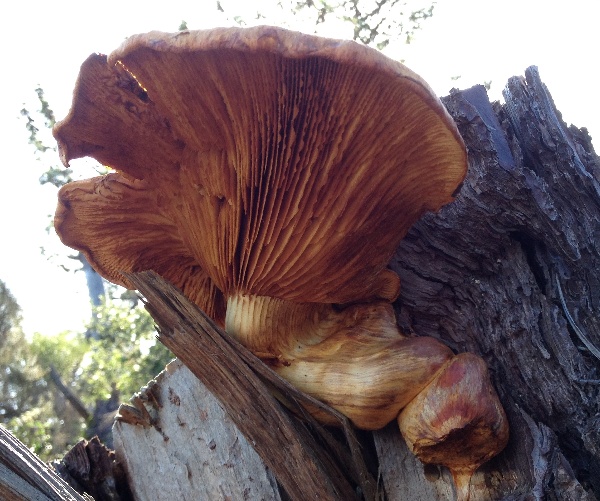