Does the cranial dura consist of the periosteum? and if not, then is there a mistake in my textbook?

My textbook (Neuroanatomy an illustrated colour text) states that:

The spinal dura and much of the cranial dura are separate from the periosteum, which forms the inner lining of the surrounding bones.

However, as far as I am aware the cranial dura has two layers, one of which is the outer periosteal layer or the periosteum, so I'm not sure why this is mentioned separate to the cranial dura. The textbook later states that:

At certain locations, however, such as on the floor of the cranial cavity, the dura and periosteum are fused and the cranial dura is tightly adherent to the interior surface of the skull.

Please could you shed some light on this. Thank you. 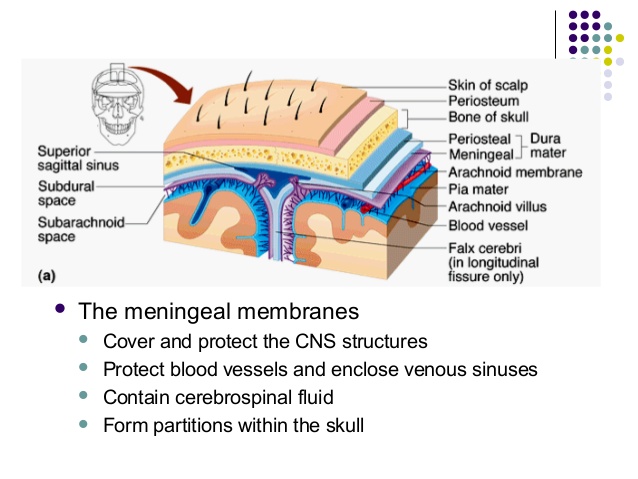 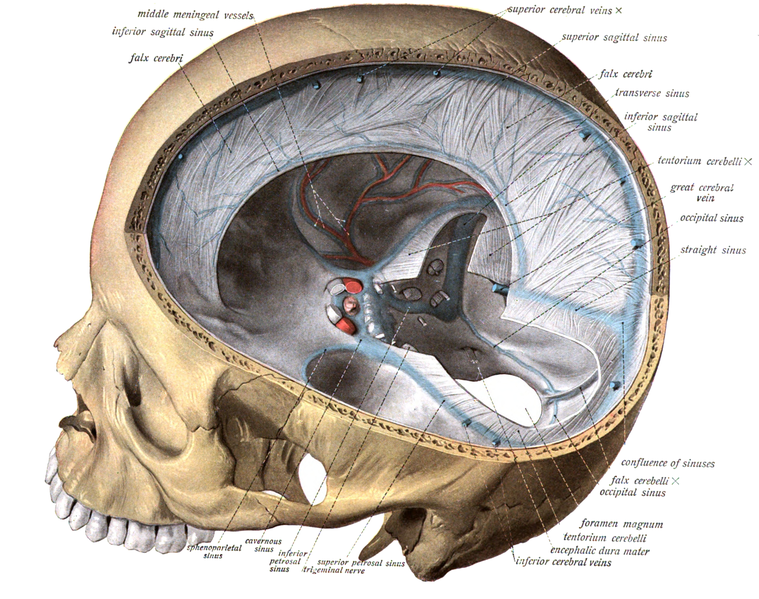 The meningeal layer of dura mater is a durable, dense fibrous membrane which passes through the foramen magnum and is continuous with the dura mater of the spinal cord. (V. Kekere, Dura mater, StatPearls)

Both quotes from the book mentioned in the question suggest that the periosteum and dura are two separate things: periosteum being a part of the bone (as elsewhere in the skeleton) and dura consisting of a single layer. The other explanation, which I presented here, is that the periosteum on the inner side of the skull is a part of the dura (its periosteal layer) that has another layer (the meningeal layer). So, they are two ways how you can look at the structure of dura mater, and I believe, the second one is more widely accepted.

Not the answer you're looking for? Browse other questions tagged neuroscience human-anatomy brain neuroanatomy central-nervous-system or ask your own question.

5
Are CN3, CN7, CN9 and CN10 the only Parasympathetic Cranial Nerves?
8
Why does the sweat of children not smell like adults?
5
How small does a nanobot have to be to “swim through the brain” and access any neuron it wants to?
7
Why does the human brain not overfit when training at some task?
2
Is there a difference between visual sensation and imagination in the brain?
5
How does the brain know what to remember and what not?
8
Why does the ring finger not move independently?
5
Does the brain have a clock and can it be sped up?
0
What does the thalamus consist of?