I have a home heated with wood. The humidity is currently around 30% but I'm guessing these bugs have reproduced when the humidity was higher. They really have a hard time when I see them in the basement.

I do have some wood that was a little punky. They seem to come out as soon as I start a fire in the stove, probably due to the heat? 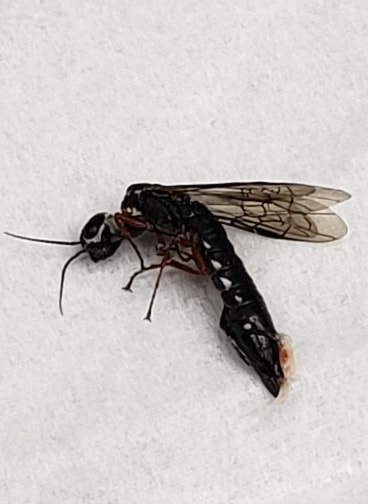 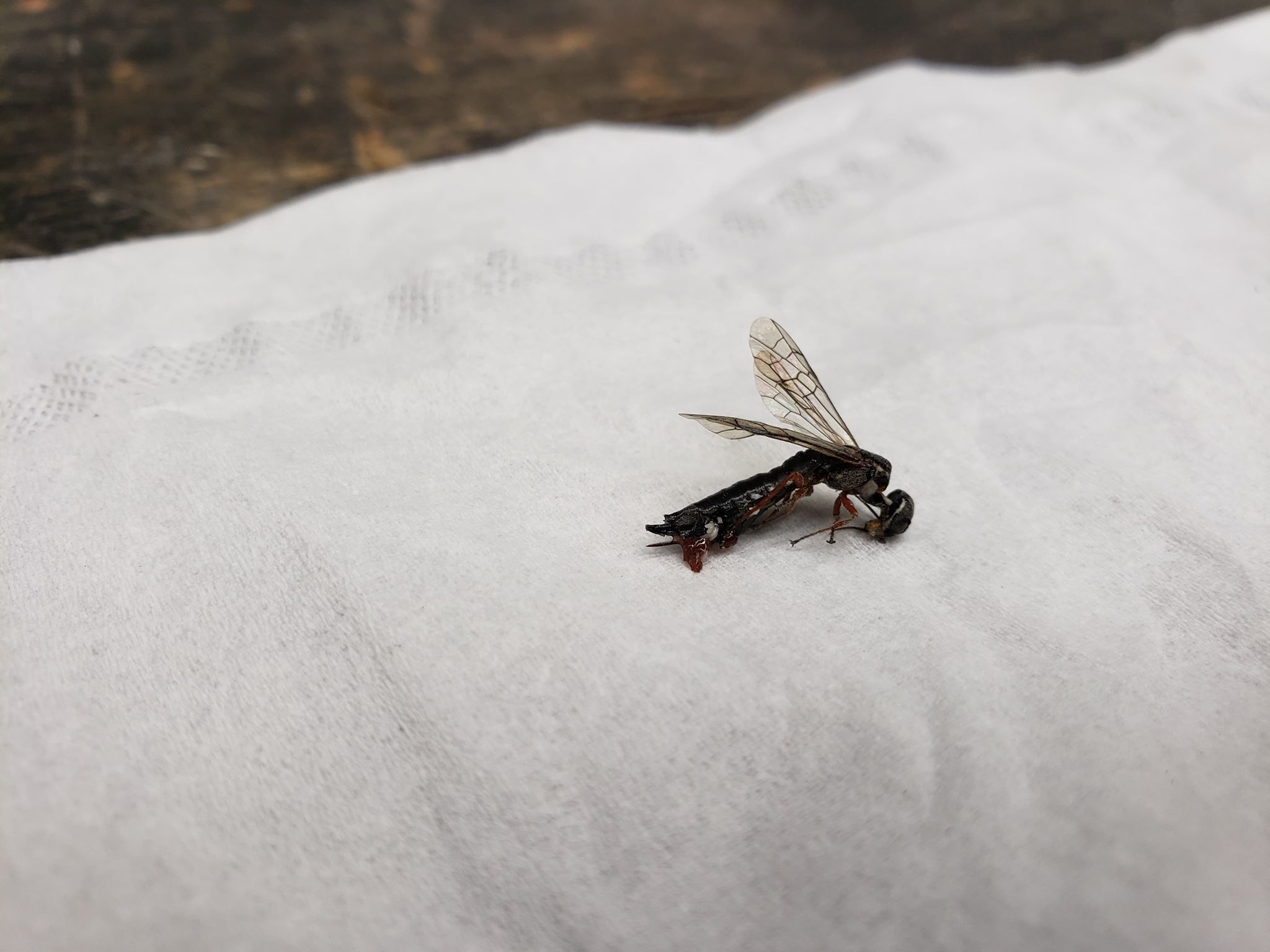 Located in the eastern townships of Quebec, Canada. Any suggestion on what this is and how to treat them?

The pictures are not entirely clear, but I’m relatively certain that it is a wood wasp of the genus Xiphydria (family Xiphydriidae). Traits that point to this is e.g. 2 pair of wings (i.e. a wasp and not a fly), narrow slender antenna, elongated body, the shape of the head sitting on a relatively long “neck”, often with light/white markings on the top and or the back of the head (which can be seen on picture 2) and often white markings along the side of the abdomen (which your insect has) The second picture also shows the relatively robust ovipositor (used to inject eggs into wood).

They also lay eggs into dead wood (usually deciduous wood) and are not uncommon to find in houses, hatched from fire wood.

The species is very hard to determine though, but X. mellipes could be one bet. This species also seem to be found in Canada, see zoology.ubc.ca/entomology. It is also similar to Xiphydria camelus which is common here in Sweden, but I’m sure if it is also found in Canada. 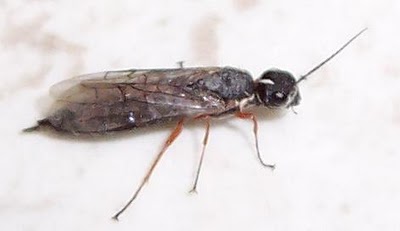 Pictures of some species can be seen at bugguide.net).

These insects are not dangerous to find inside, and they only attack dead wood in standing or fallen trees, not construction wood. They are not uncommon to find indoors (along with longhorn beetles and other wood insects) if you bring in mixed fire wood, especially if the wood wasn’t processed and dried quickly after felling. An interesting feature of these insects is that many (all?) inoculate the wood with particular fungi spores, and the fungi later function as the food for the larvae.

I think that is a soldier fly. 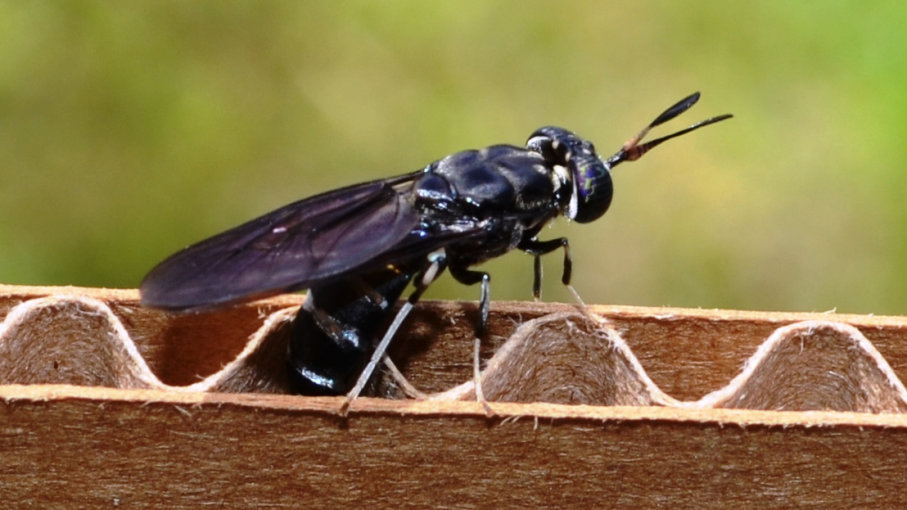 The adults do not eat or sting, only mate, lay eggs and die. The maggots are very large and awesome devourers of rotten fruit. They alternate with worms in my worm bin depending on season.

I have no idea what they are doing in your house!

6
Bugs' love for light
2
Is the poison from Stink Bugs dangerous?
32
Can someone identify this ant?
23
How do burrowing animals get enough oxygen?
9
Small jumping bugs inside Swiss flat
3
Help identifying a fly by its remains