Do the lungs just consist of a large tree of alveoli, covered by the pleura, like this picture: 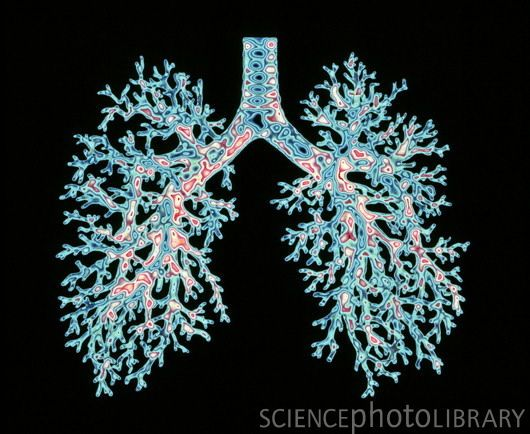 Or are they found "inside" the sac that is the lungs? If it's the later, what fills the space in-between the alveoli and forms the walls of the lung?

Here you can see how visceral pleura continues into parietal pleura: 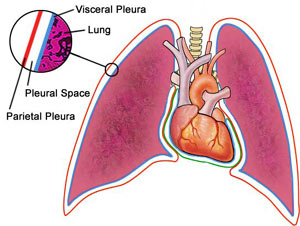 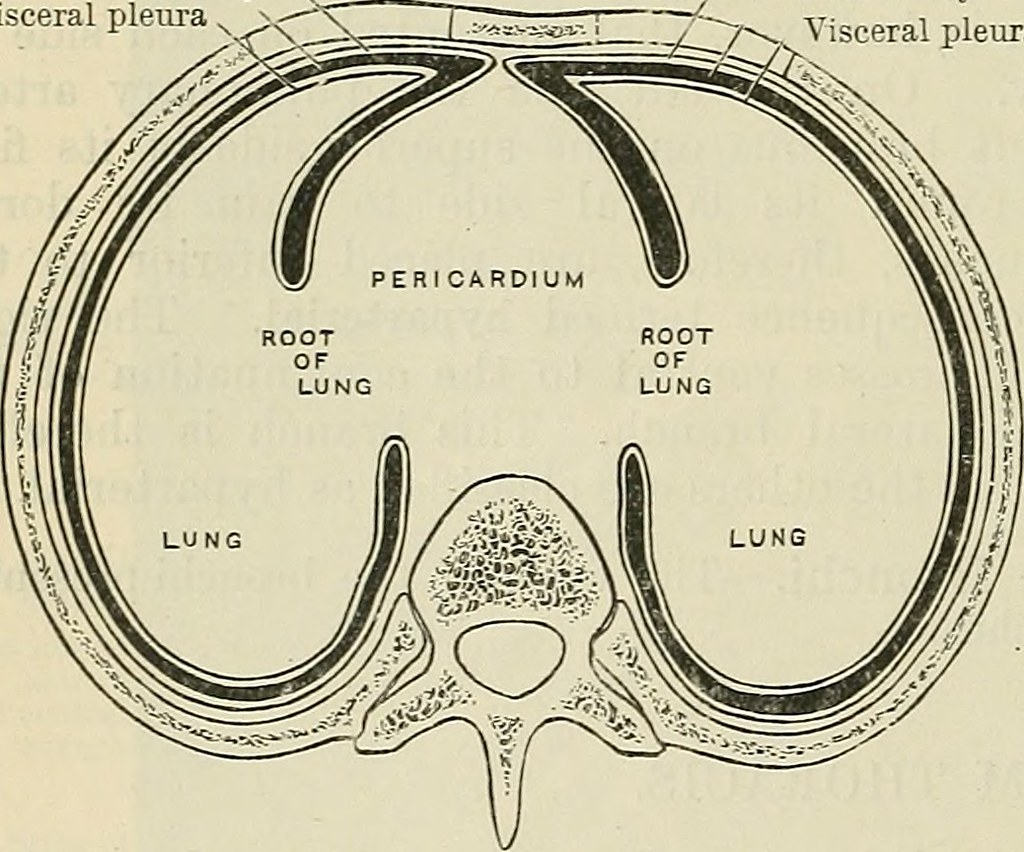 I agree with Jan's answer generally, but thought I'd clarify a few points.

As Jan says, alveoli are packed together. In most cases, the thing next to any particular alveolus is another alveolus. In this case, the space between them is the alveolar wall, which (generally) consists of a pneumocyte and capillary (endothelial cell) with a shared basement membrane. You can see this in the following slide from Yale. 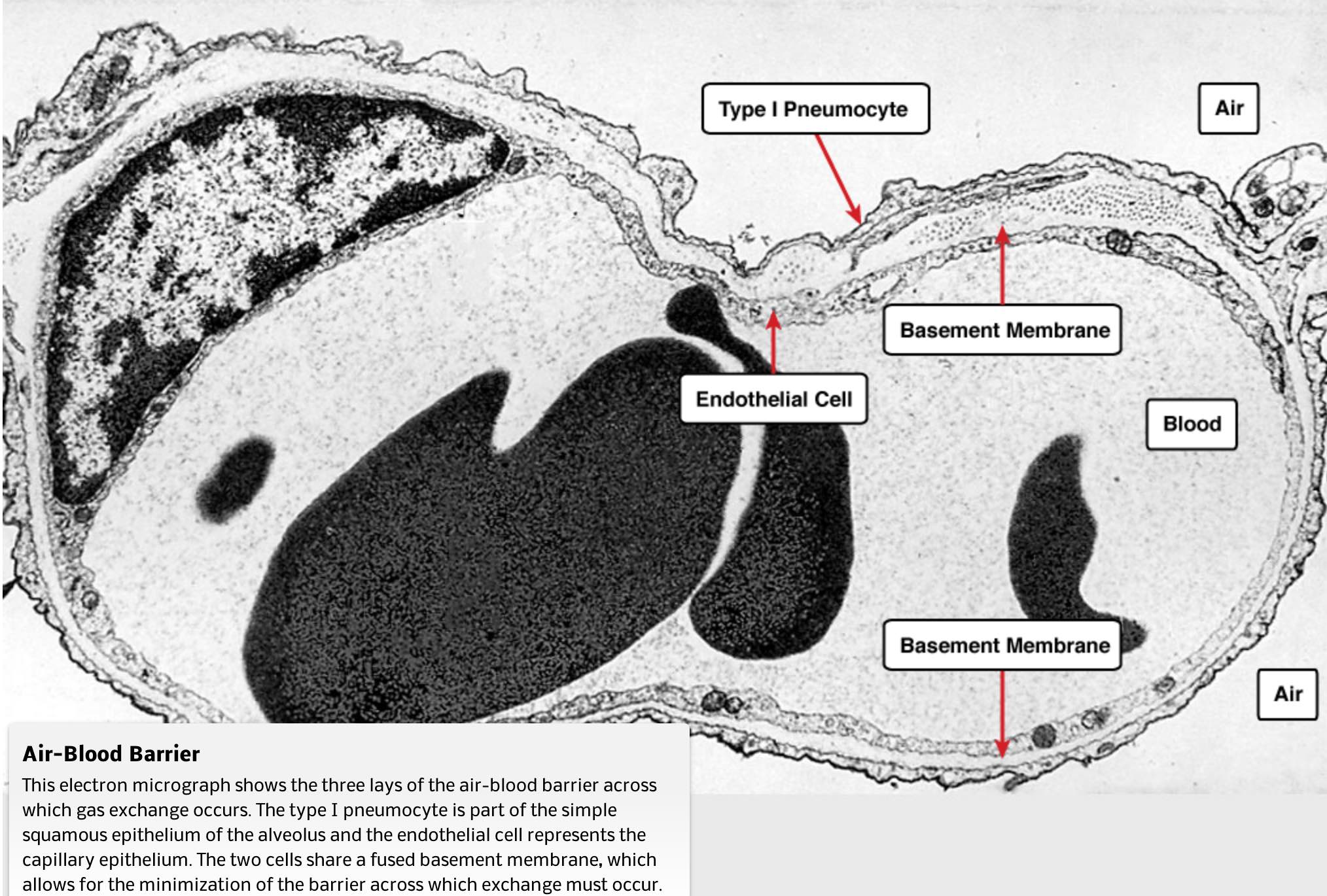 Alveolar sacs can abut other elements of lung parenchyma, including bronchioles, smooth muscle, nerves, and pleura. In this figure from Ross Histology, Ch. 19, you can see an alveolar sac adjacent to visceral pleura. 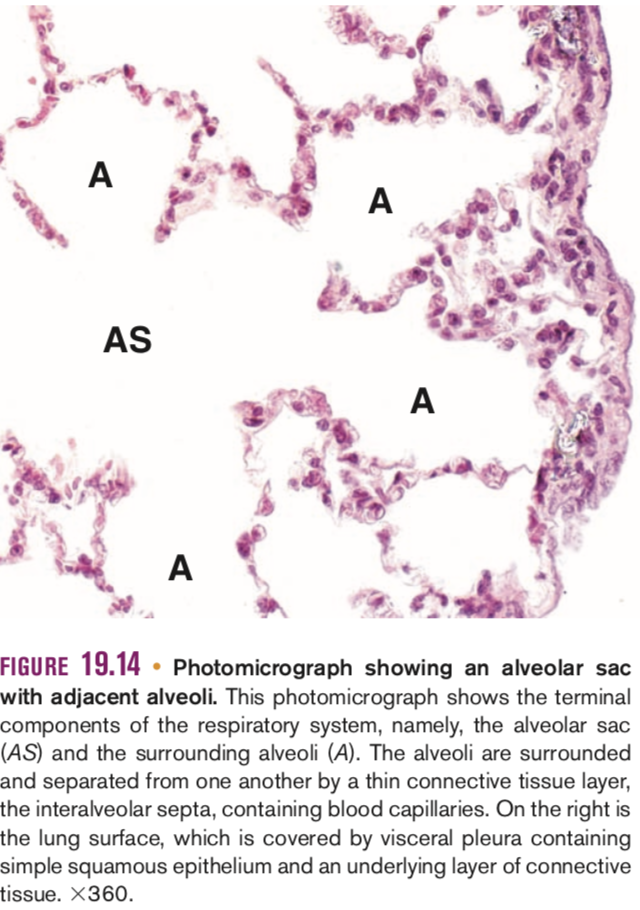 The relationship between lung parenchyma and pleural sac

I would encourage you to not think of the visceral and parietal pleura as two different bags, both of which contain the lung parenchyma (bag in a bag analogy). There is only one bag (per lung), and the only thing inside of it is the pleural fluid. The alveoli and associated parenchymal tissues are on the outside of the pleural sac just as much as the chest wall. They are just on opposite sides of the sac. This ubiquitous figure illustrates the relationship. The fist represents a lung, the ballon represents the pleura. 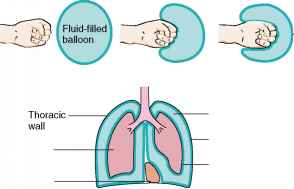 Not the answer you're looking for? Browse other questions tagged anatomy histology lungs or ask your own question.