Is sex a spectrum?

At the moment I'm especially interested in the question of whether biological sex is really a spectrum. Unfortunately I could not find any good answers on the Internet. Therefore I hope that some of you might be able to present the current state of science here and whether it is already generally accepted in biological science that sex is a spectrum.

What I am confused about here is for something to be a spectrum it must have some some sort of distribution along a parametrised scales. For example, it would be daft to think height to be binary even though there are tall people and short people. Tall and short are relative; height is defined by a continuous factor, length, measured (for example in cm) from foot to head. There is no such parameter that can be used to show that male and female are relative in the way that tall and short are. There is no scale. What I thought is that it relies on the binary to classify gonads as either male or female. So, people with disorders of sex development are still either male or female due to the presence of gonads (which define sex) if I understood correctly. There are only two gonad types since this is the fundamental feature of what sex is. I hope someone can correct me here, if this is wrong.

Short answer: it's messy, and probably no answer will satisfy everyone.

I'm only going to consider sex (I'm not going to mess with "gender") in humans.

Here are some of the possible definitions of sex, drawing on the Wikipedia article mentioned in the comments:

Below the level of the chromosome, there's lots of genetic and environmental variation that can change the phenotype (e.g. here)

(these are cartoons of external genitalia, in case that's not obvious)

Intermediate morphology can occur in the gonads as well as in the genitalia or internal organs; according to MedLine Plus (US National Library of Medicine), people with "true gonadal intersex" have "[both] ovarian and testicular tissue ... in the same gonad (an ovotestis), or the person might have 1 ovary and 1 testis".

So ... the answer to your specific question about being able to classify people based on gonad type is that although it's rare, people with true gonadal intersex as defined above could not be classified as either (exclusively) male or female on the basis of their gonads. Furthermore, it's not obvious which of the many criteria (karyotype, internal/external morphology, endocrinology) would be the "correct" way to define sex in a particular scenario.

First gender and sex are not the same thing; as an old teacher of mine glibly put it, "sex is plumbing, gender is clothing," and even that is a gross generalization. The problem you are running into is using imprecise terms to ask a scientific question (sex, gender, and spectrum are all imprecise terms in biology). Precision in language is important in science to avoid confusion. The more vague your terms the less precise an answer can be.

Spectrum is also a tricky word in biology; would you call hair color a spectrum even though the distribution is non-uniform? How about handedness or ear lobe shape? They are both multimodal. Quite often in behavior there are evolutionary stable strategies that are only stable as multimodal distributions; are they spectra?

Scientists Fred P. Thieme and William J. Schull of the University of Michigan wrote about sexing a skeleton in 1957: “Sex, unlike most phenotypic features in which man varies, is not continuously variable but is expressed in a clear bimodal distribution.” The same is true for chromosomes, sex organs and testosterone. 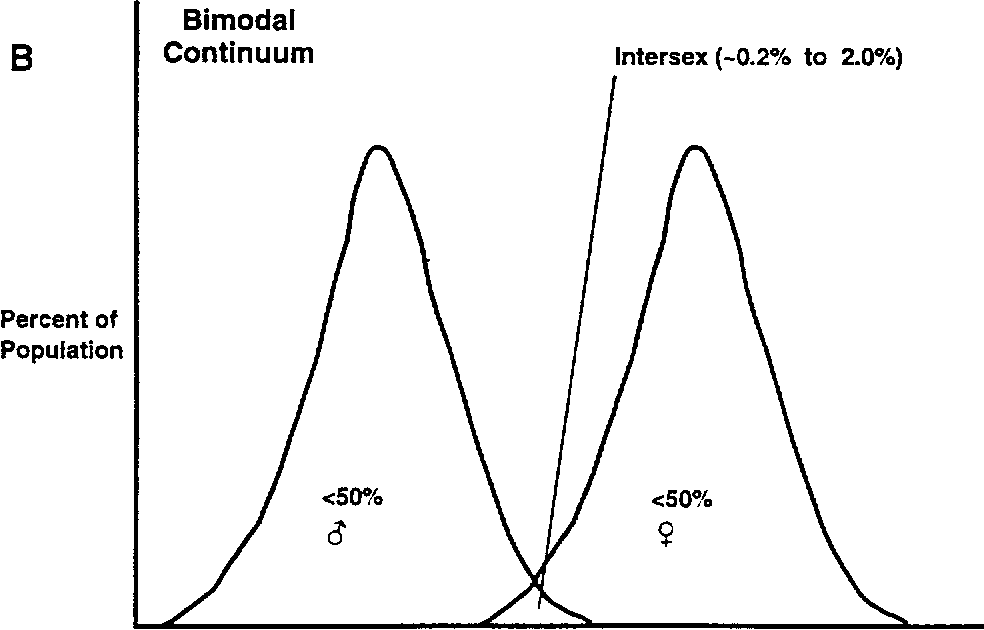 "Variability in size or composition of gonads, genital morphology, chromosomes and/or hormonal physiology" 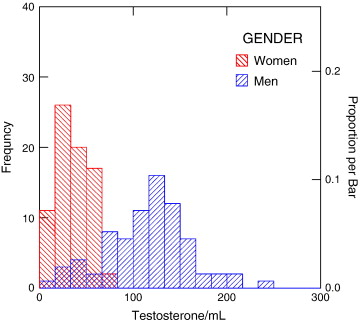 Specere in latin means to look, that's why it's used for the color spectrum. The rainbow is often used to represent gender-identity to represent the amorphous nature of the mind. 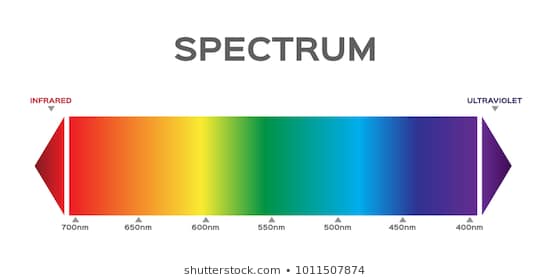 The distribution of fitness effects for genetic mutations of whole genomes and individual genes is frequently found to be a bimodal distribution with most mutations being either neutral or lethal with relatively few having intermediate effect.

Through the process of meiosis and fertilization (with rare exceptions), each individual is created with zero or one Y-chromosome. The complementary result for the X-chromosome follows, either a double or a single X. Therefore, direct sex differences are usually binary in expression, although the deviations in more complex biological processes produce a range of exceptions, resulting in a bimodal graph.

Gender does means biological sex in the context you use. https://en.wikipedia.org/wiki/Gender

33
What's the difference between male and female?
6
Does any animal species have two sexes and more genders?
2
How is trangender female different from normal female biologically?
-4
Does children have a gender?
3
Sexual devolpment and sexual organs in humans
1
What are the types of human intersexuality?

2
Does difference in expected life duration between men and women have biological nature?
6
Does any animal species have two sexes and more genders?
8
Why are there so many sex determining systems in animals
2
How is trangender female different from normal female biologically?
4
Are all non-breeding naked mole rats the same sex?
3
BMI limits in interpretation in people with high/low heights
4
Is there any evolutionary reason why male traits appear in the heterogametic sex and female traits in the homogametic sex?