Can anyone (urgently) tell me if this is a bed bug

We just arrived in a place where a lot of people were living before.

This is what we found on the mattress and we are curious to see if this is a bedbug, or some harmless species; To know if we go out right away or not :) 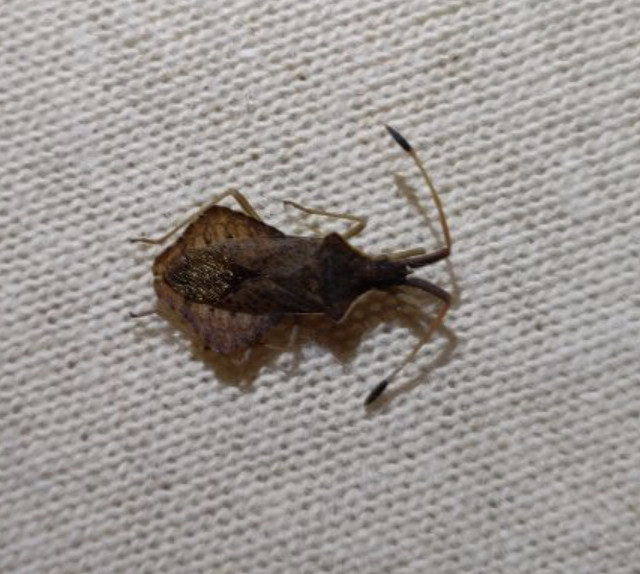 Here is a photo with a measuring tape next to it: 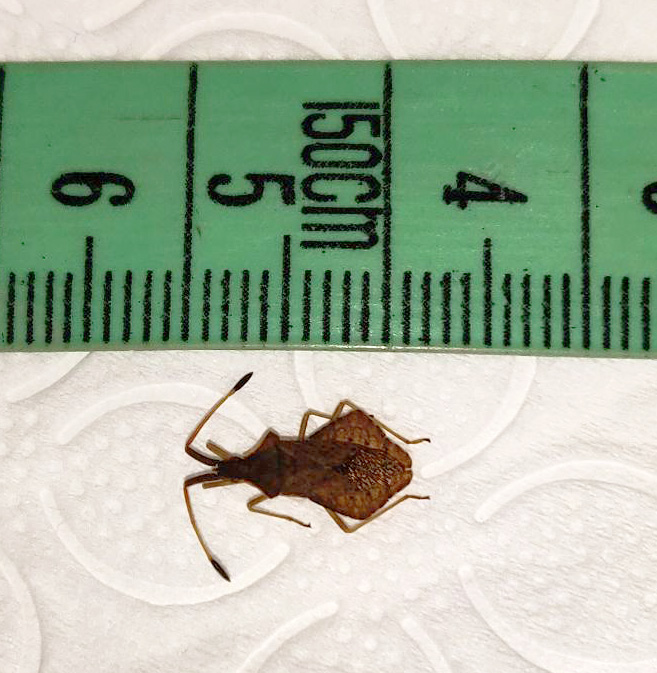 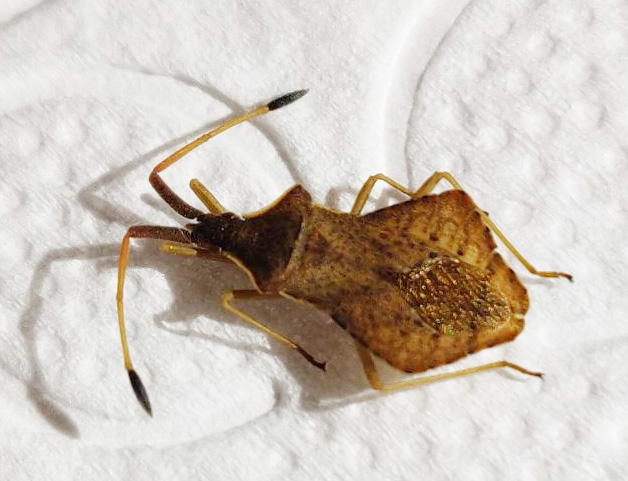 This is not a bedbug. This is a hemipteran called a leaf-footed bug in the Coreidae family. (Note: bedbugs are also in the order Hemiptera, but in a different family).

Species similar to yours found in Poland include Coreus marginatus (or "dock bug"), which [according to Wikipedia], is found throughout Europe.

The head, pronotum and abdomen of an adult dock bug are speckled reddish brown. The antennae are composed of four segments, red-orange in colour except for the final fourth segment which is black. Between the antennae are two small projections, known as antenniferous tubercles, which can be used to distinguish this species from other superficially similar species.[6] The pronotum has angular upward facing projections and the scutellum is clearly visible. The rounded edge of the abdomen has lighter coloured markings. Adults are between 13 and 15 mm long and males are typically smaller than females but have longer antennae.

See here for an additional picture showing a specimen with less prominent abdominal markings as in your specimen.

C. marginitus tends to be found in thick vegetation, so unless you've bee around hedgerows, wasteland, or other densely-vegetated areas, it's possible you have some other closely related species.

I haven't been able to find a better matching specimen, though it seems likely I have only gotten you to the right family without being certain of the genus or species. I'll update if I can find more info...

39
Insect identification - Is this a bedbug?