Help me identify this animal from Bangladesh

I have come across this animal in a facebook group. After one group member identified it as Asian palm civet, I looked at some google images, I am not convinced. Judging from google images, this animal doesn't look like any of the common civet species found in Bangladesh.
Location: Noakhali, Bangladesh 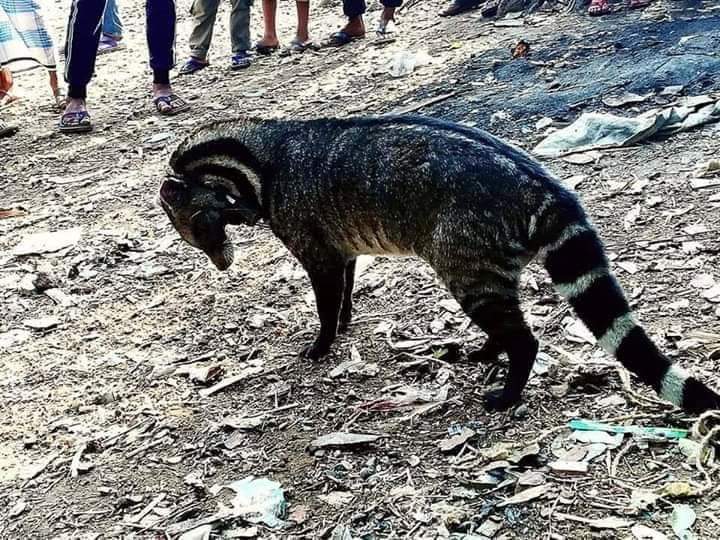 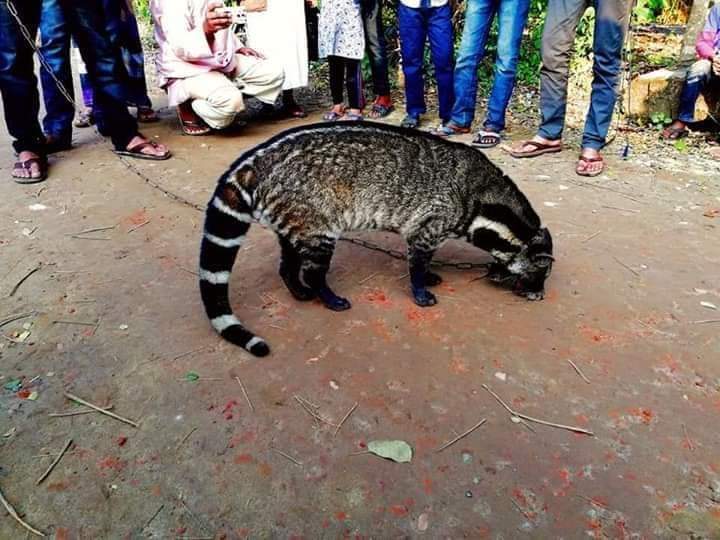 Looks like the Large Indian civet. Notice the size and the fur coloration pattern on the neck. 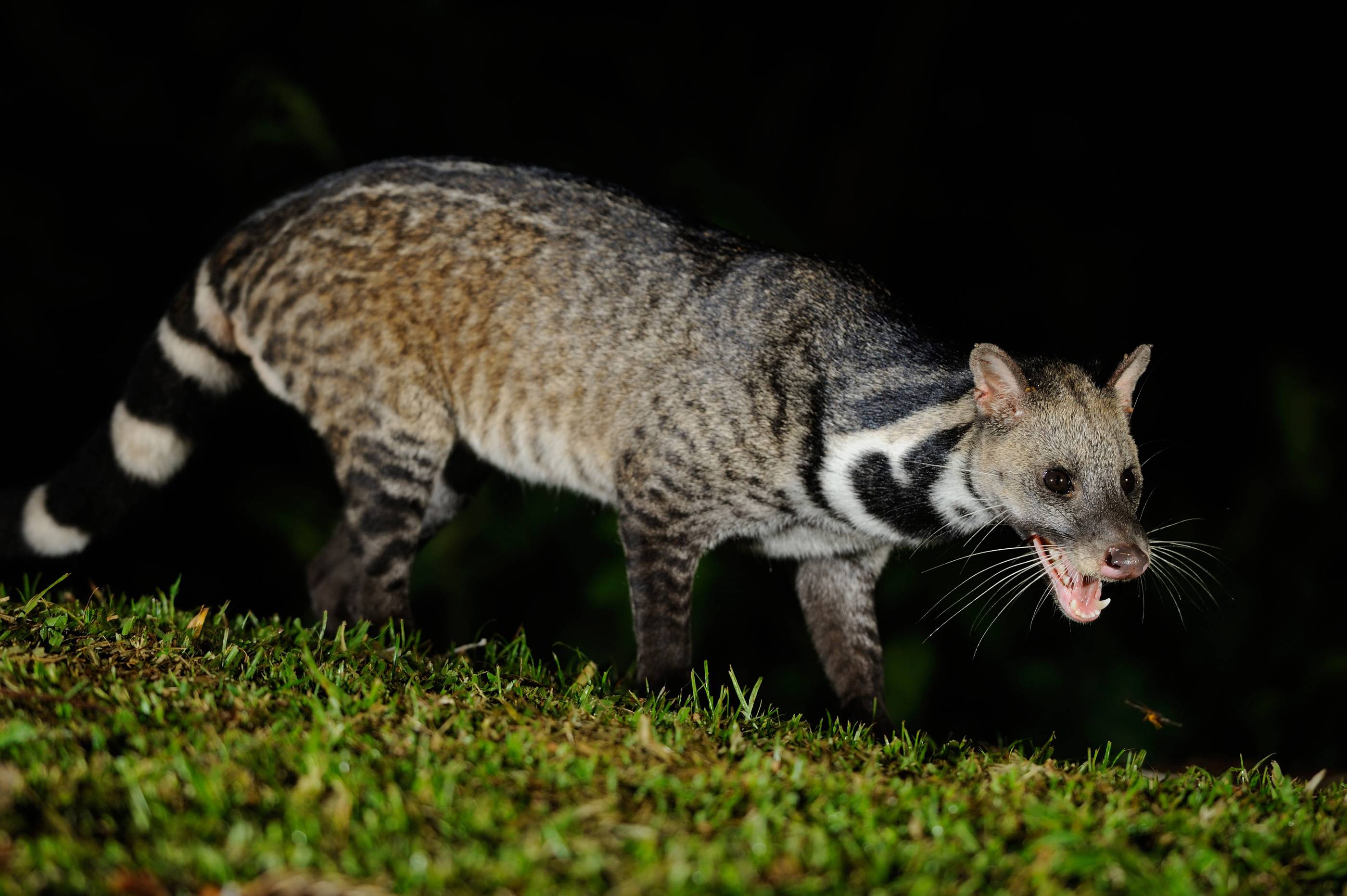 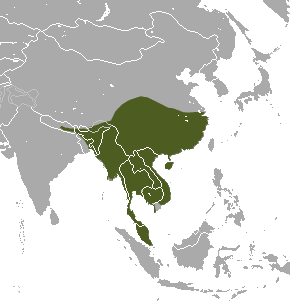 Looks like it is found in eastern parts of Bangladesh including Noakhali district – the place where the picture was taken.

Is it a Small Indian Civet? 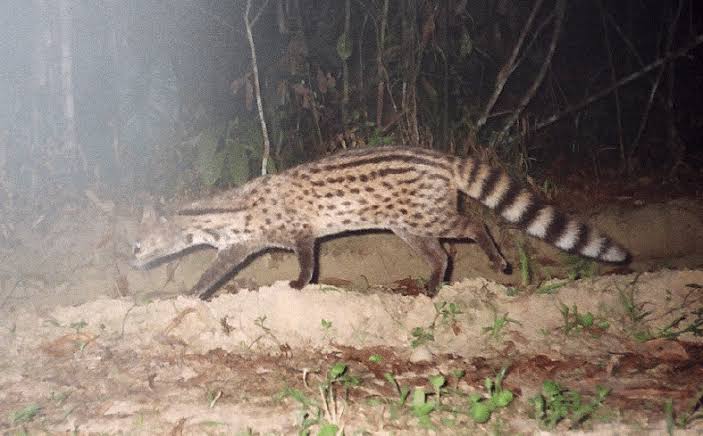 From Wikipedia: The small Indian civet has a rather coarse fur that is brownish grey to pale yellowish brown, with usually several longitudinal black or brown bands on the back and longitudinal rows of spots on the sides. Usually there are five or six distinct bands on the back and four or five rows of spots on each side. Some have indistinct lines and spots, with the dorsal bands wanting. Generally there are two dark stripes from behind the ear to the shoulders, and often a third in front, crossing the throat. Its underfur is brown or grey, often grey on the upper parts of the body and brown on the lower. The grey hairs on the upper parts are often tipped with black. The head is grey or brownish grey, the chin often brown. The ears are short and rounded with a dusky mark behind each ear, and one in front of each eye. The feet are brown or black. Its tail has alternating black and whitish rings, seven to nine of each colour. It is 21–23 in (53–58 cm) from head to body with a 15–17 in (38–43 cm) long tapering tail.