Having difficulty making the data in the below charts to apply to daily life. What is the right interpretation and implementation? How are the “in vitro” results of the below charts relevant to levels that cells would experience "in vivo" after the consumption of caffeinated beverages? 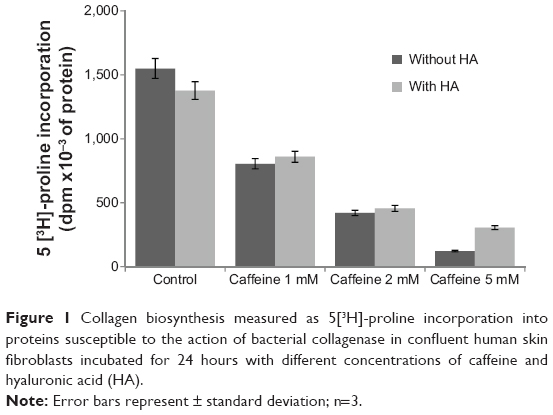 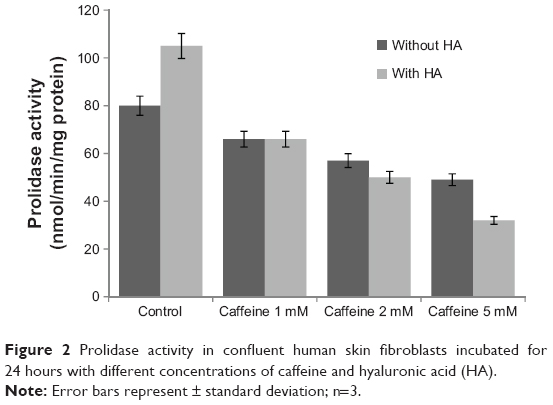 In the mentioned study, they tried to support the evidence from earlier studies in which caffeine consumption was associated with skin aging and slow wound healing:

Our research confirms our earlier observations that caffeine may have an adverse effect on the wound healing process, as well as on the aging process, of the human skin.

...and by "earlier observations" they mean another in vitro study.

I haven't found any actual human clinical trial in which caffeine consumption would be associated with adverse effects on the skin. In a recent review: Coffee consumption and health: umbrella review of meta-analyses of multiple health outcomes (BMJ, 2017), they don't even mention skin or wound healing and regular drinking of 3-4 cups of coffee per day was not associated with an increased risk of various health conditions (except in pregnancy).

Caffeine rapidly diffuses throughout the body's water, both intra and extracellular.

Therefore, since the caffeine will be relatively evenly distributed, you can calculate the amount of caffeine needed to reach a given molar concentration within any particular cell by knowing the total water in a person and the molar mass of caffeine (194.19 g/mol ). A 72 kg person has about 40 liters of water in their body.

How are the “in vitro” results of the below charts relevant to levels that cells would experience "in vivo" after the consumption of caffeinated beverages?

Wikipedia puts the LD50 of caffeine at 150-200 mg/kg, or 10.8-14.4g for our hypothetical 72kg man. These numbers are likely very approximate as there isn't going to be a lot of well controlled clinical data on caffeine toxicity in humans, but someone reaching those concentrations stands a good chance of dying from caffeine poisoning.

Not the answer you're looking for? Browse other questions tagged biochemistry cell-biology toxicology or ask your own question.

3
How does one determine intracellular concentration?
1
How can I accurately measure glucose concentration in culture media?
1
How broad are the conclusions that one can make from a heterologous expression experiment?