Why does hair turn white but not skin?

From my understanding melanocyte stem cells (McSCs) stop being produced and we have a finite reserve that gets depleted with time. They're at the origin of melanocytes that create hair and skin pigments. Our hair turns white when we don't have any more McSCs. So why does our skin stay the same color with aging?

The answer to this question has its reason in the hair cycle. Our hair goes through a cycle of growth. At the end of this cycle, the cells in the hair follicle die and have to be replenished before a new hair cycle starts, also the hair falls out eventually. See the figure from reference 1: 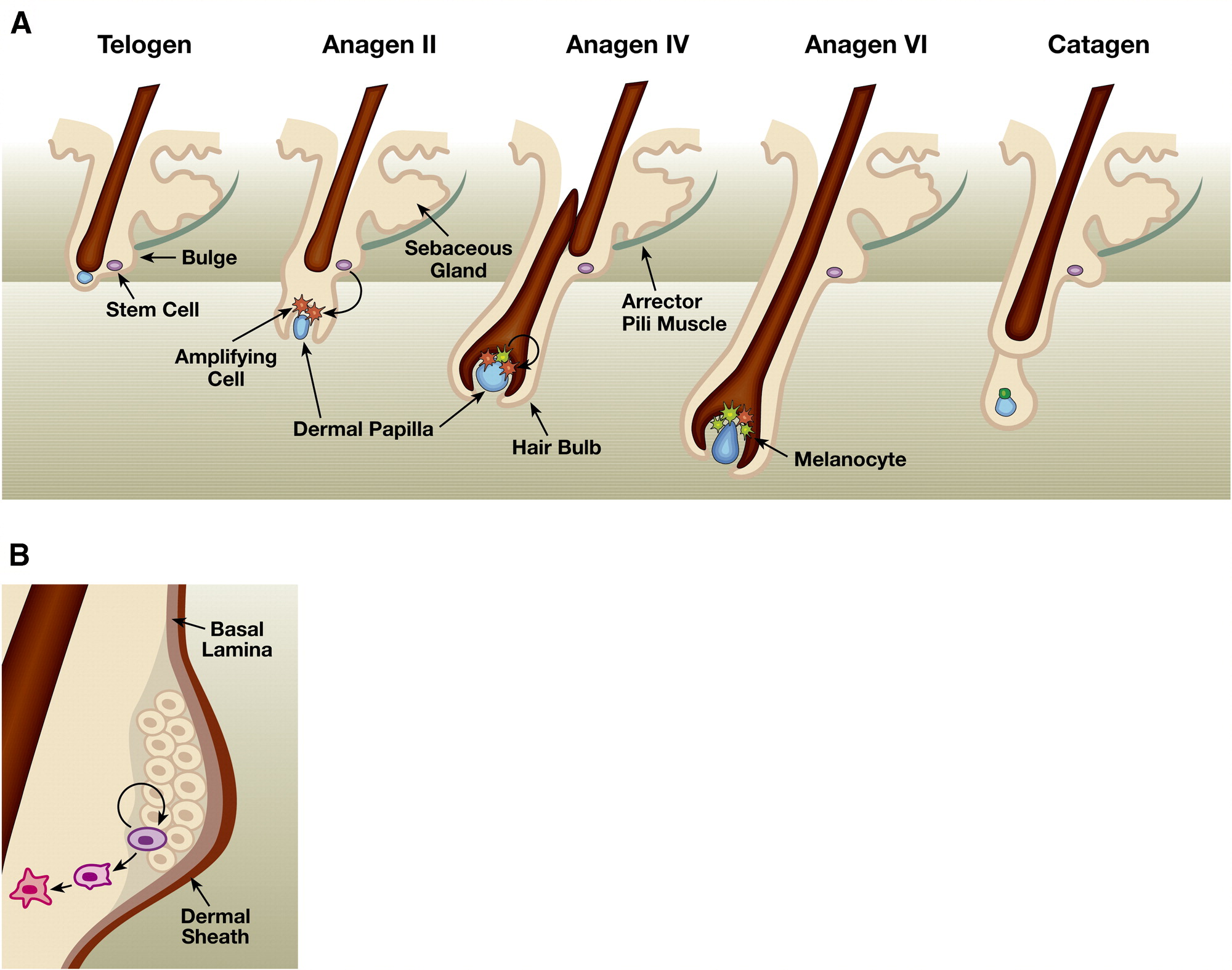 The MCSC are located in the bulge region of the hair, to be able to successfully replenish the pool of pigment cells the MCSC need to do things: proliferate and also differentiate. Proliferation makes sure that there are enough cells in the bulge region to repeat this process in further hair cycles, while the differentiation generates the cells who actually produce the pigment. When the MCSC are lost, no further pigment producing cells and hence no pigment can be made.

It has now shown that with age this pool of MCSC is not replenished completely anymore, eventually resulting in the loss of the melanocyte stem cells. The reason that our skin does not become gray at some point is that this process doesn't happen there, so pigment cells are not depleted. Reference 1 summarizes this topic nicely, while reference 2 is the original paper.

Not the answer you're looking for? Browse other questions tagged skin stem-cells hair melanin or ask your own question.

3
Are there free electrons in muscles, hair, or skin?
6
Does gray/white hair turn gray/white from a normal hair? or does a gray/white hair actually grow gray/white originally?
4
Why is hyper pigmentation the common aftermath of skin lesions and abrasions?
2
Why do some moles grow longer and darker hair than the rest of the skin?
2
Identify the fluff that I have found in tea