I am interested in fibroblast cells in human arteries. Here are the things that I am not clear at the moment and I could not find any answer from the literature:

I will appreciate your help on this and will be even more grateful if you could provide me with some literature that I could find the answer to these questions. 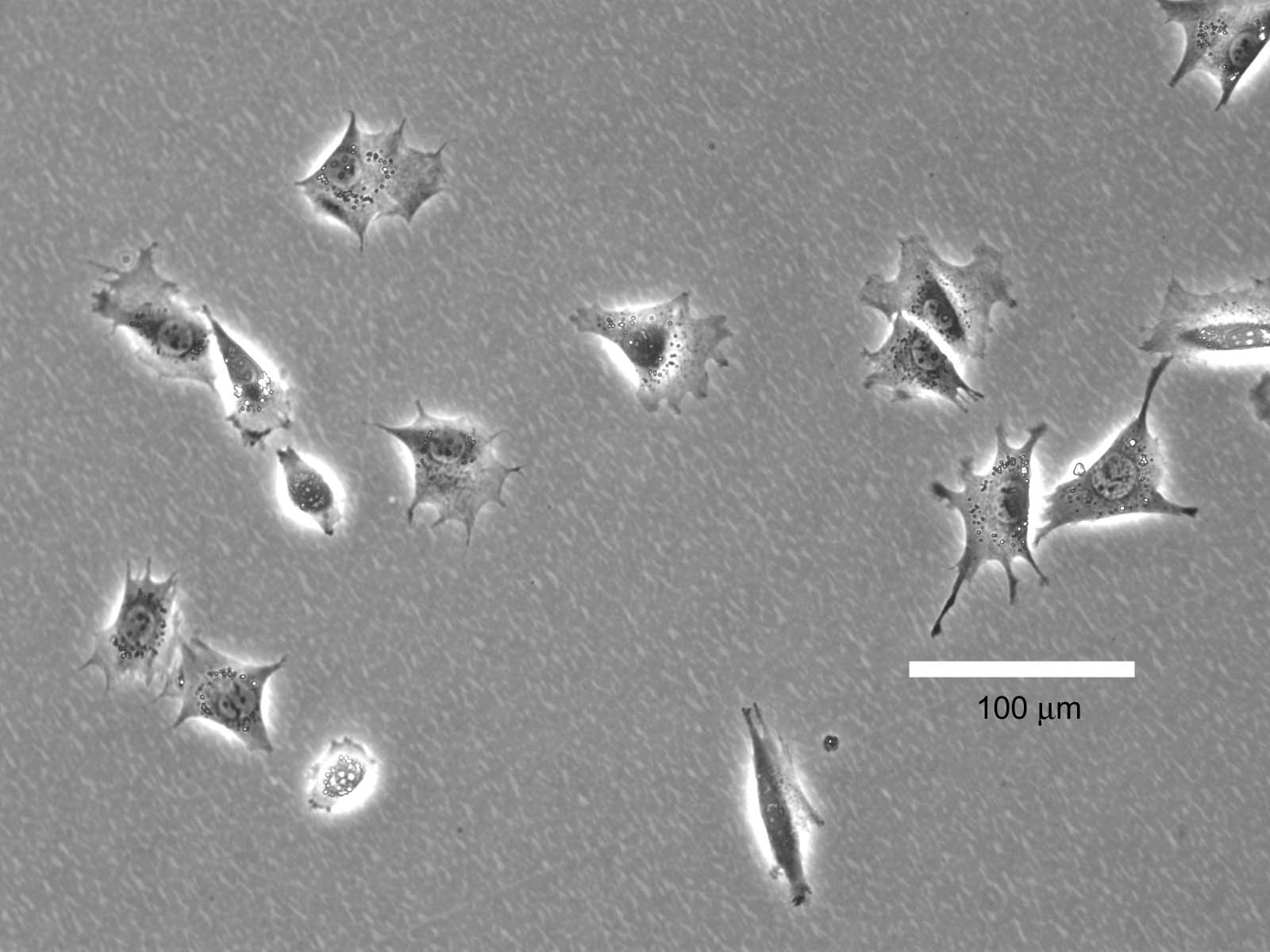 As per this image the length and breadth seems to be ~30-50 μm (area should be roughly around 900 μm²). The third dimension (thickness) as per this article can be assumed to be around 3-7 μm.

Cells attach to extracellular matrix via integrins, which attach to ECM proteins like collagen and fibronectin. The matrix is a net of fibres and the cell is not specifically attached to a single fibre but rather "sits"(as you said) on the matrix [see the below image]. A single cell also simultaneously interacts with two different types of ECM proteins such as fibronectin and collagen. 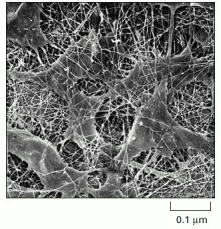 During migration they move along the matrix using lammelipodia (actin filament polymerization in the direction of motion).

Fibroblast express ICAM1/VCAM1 (Inter/Vascular Cell Adhesion Molecules) under certain conditions such as inflammation and bind to T-cells and endothelial cells.

Not the answer you're looking for? Browse other questions tagged human-biology cell-biology physiology cell-culture cardiology or ask your own question.

8
What's the difference between growing cells in culture and cloning them?
2
How to grow fibroblast colonies from single cells?
1
Why do we perceive colour? (i.e., distinct values?)
1
Blood Vessels (Artery Vs Arterioles)
4
Selection marker for a cytoplasmic vector that works at low expression levels?