Two-dimensional anatomical maps of the brain

The three-dimensional anatomy of the brain is hard to comprehend visually. But the exact spatial relations between the parts of the brain and their shapes are (sometimes) not so important because there are axons of almost arbitrary length – in the end "it's all about connectivity" (disregarding run-times).

So why are there so many three-dimensional anatomical maps of the brain (and admittedly great ones, both hand-drawn and computer-generated and interactive), but only so little two-dimensional ones?

It may be the case that I just didn't find one, but googling for "maps of the brain" almost inevitably gives you only 3D pictures.

Just to give you an idea, I tried myself to create an interactive two-dimensional map of the brain based on the Wikipedia list of regions in the human brain. This map admittedly has many drawbacks. Especially, the relative sizes (both anatomically and in numbers of neurons) are not shown correctly, and neither connections (on various levels) nor functional systems are shown at all. But this may come later, and will come easy: 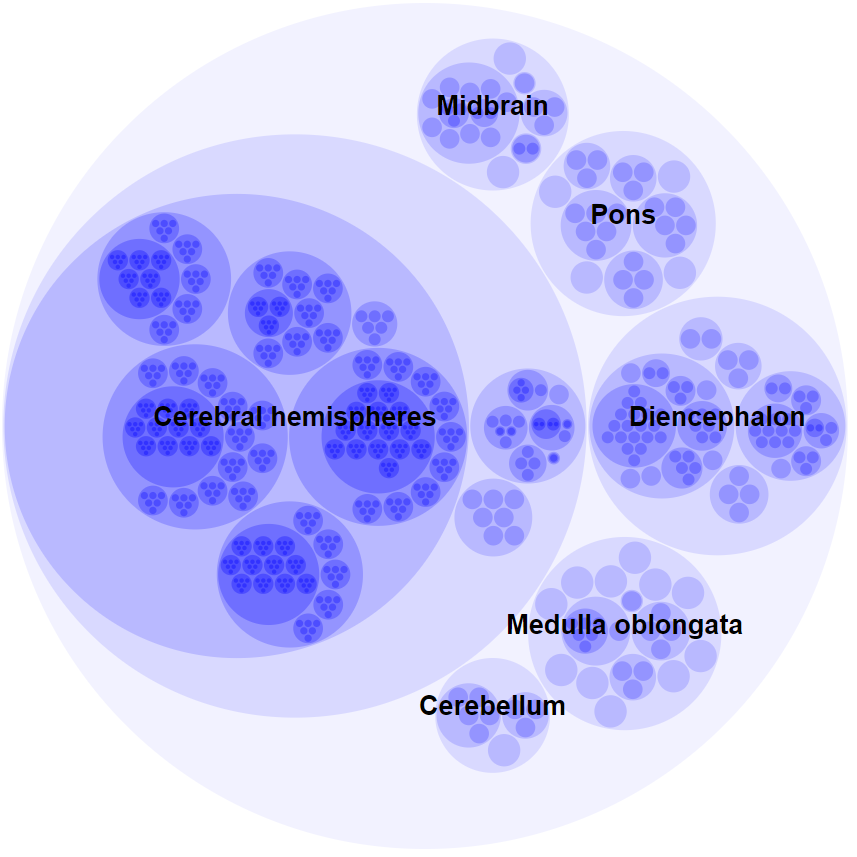 Are there other (and probably better) two-dimensional hierarchical maps of the parts of the brain (which I just did not find)? Which can you recommend?

Browse other questions tagged brain neuroanatomy literature visualization or ask your own question.

35
Why is the brain white?
9
What is this structure in human brain?
1
Why are the grey matter structures of the inferior medial frontal lobe not directly (not via white matter) connected?