What is this animal and what is it doing?

So, I found this fella while I was walking on the golf course by my house. Initially, I wasn’t sure it was an animal at all.

I’m sorry the picture isn’t better, but I didn’t want get close without knowing more. It appears to me that he has his head burrowed into the ground and his butt in the air (which strikes me as an incredibly dangerous way for an animal to sleep or rest).

I sat there and watched him for 5 or 10 minutes, and when I moved closer to him, it’s possible that there was a slight movement of the muscles in his back or butt, like maybe he was attempting to pull his head out. It was subtle though.

Other than that, the only movement was breathing. My initial thought is that he’d be awfully big to be a raccoon, but I’m no expert and it’s hard to tell how big he actually is the way he’s positioned. I live in SE Michigan.

Is he just bad at hibernating? Stuck? Hiding from me? 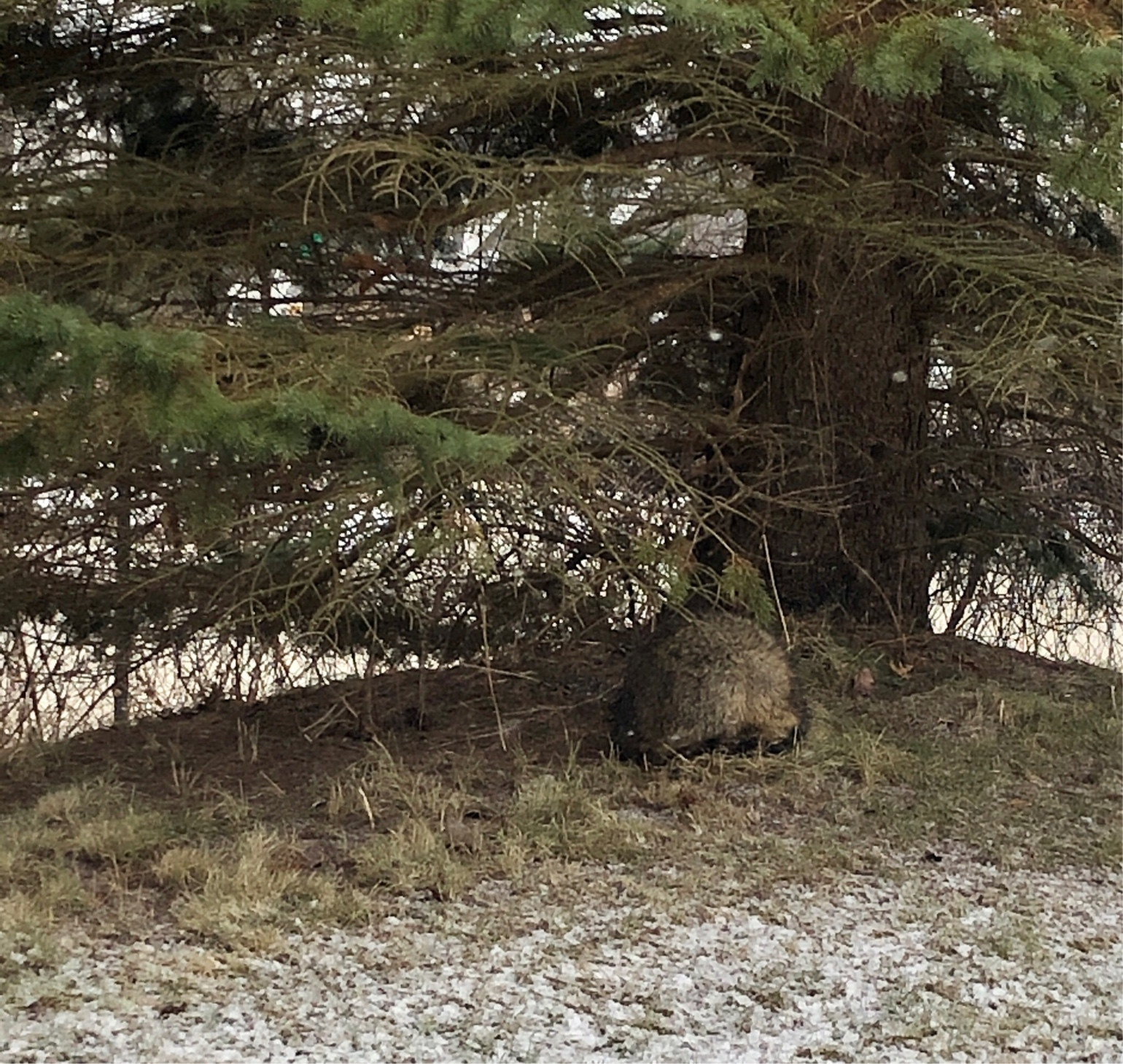 Browse other questions tagged species-identification behaviour or ask your own question.

3
What species is this rabbit-like animal?
7
What kind of insect is this and what is it doing?
3
What might this animal be?
6
What animal / bird is this?
7
What animal/insect is this?
8
What are these four large snails doing?
16
What is this grasshopper doing?