Why do we squint when tasting very sour things?

Sometimes while tasting a very sour thing (like tamarind, lemon etc.) our eyes squint immediately and involuntarily for a second, but a little later becomes normal again.

Why, and how, does this reflexive movement occur?

Short answer
Adverse stimuli in general are accompanied by contraction of facial muscles. It is part of our repertoire of emotional expressions.

Background
A disgusted expression and the expression of pain are both accompanied by squinting. Disgusting stimuli include your example of a sour taste, but also include other adverse tastes (bitter) or visual stimuli such as a gross-looking objects. In other words, squinting is likely a common way of expressing adverse stimuli. So the "sour look" may not be easily explained on its own. Instead, it is part of a huge emotional expressive repertoire that makes us human beings. To be able to read these expressions allows us to be empathetic towards others. People with autism and Asperger's syndrome may not be able to do so and are disadvantaged in their social behaviors.

To illustrate the commonalities between sour (#1), disgust (#2) and pain (#3) I would like to share the following web finds. 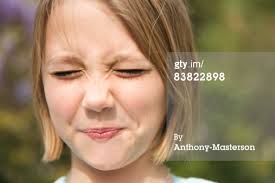 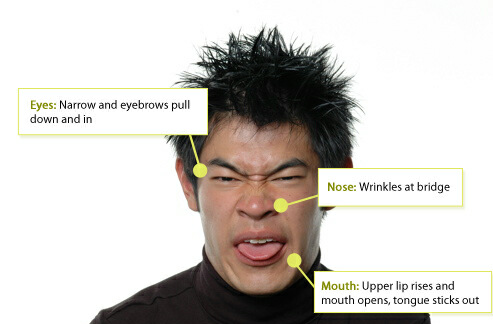 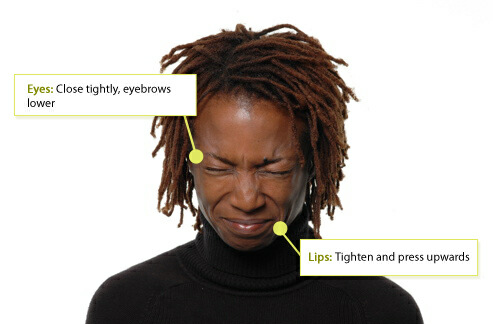 PS: I am not a psychologist - Consider my contribution as an educated guess.

Maybe it serves to show others that we may be consuming something poisonous. We cry when we are sad to alert others of our distress. There may be better ways to show something is poisonous, but a child doesn't have any real way to alert who ever is feeding it that it may be poisonous. If I was feeding my baby something, and they had that reaction, I would not give that to them again.

Squinting is the organism's way to warn us that we are eating something that could eventually be dangerous, acidic or toxic. It's a reflex, developed many many years ago when the ancient people did not know much about the safety of plants, roots and other foods. They used to try them and decide if the object is eatable or not according to its taste.

Also, our tongue has very sensitive papilla, which react to sourness and make the muscles contract.

7
Why is the Patellar reflex not triggered when the tendon is extended slowly?
10
Why dogs move their noses when smelling?
12
Why can cats interpret things on a monitor/tv, but dogs cannot?
6
Why does ear wax taste sour?
3
Why are our bodies created to itch when histamine is released by our immune systems?
5
Why can't I smell things that aren't there?
7
Why does the olive tree produce a bitter tasting fruit?
25
Why does my room suddenly look 'reddish'? My eyes seem to adapt to color
2
Question about manifestation of an X linked disease (homework help)