Can you explain the behavior of this snake? 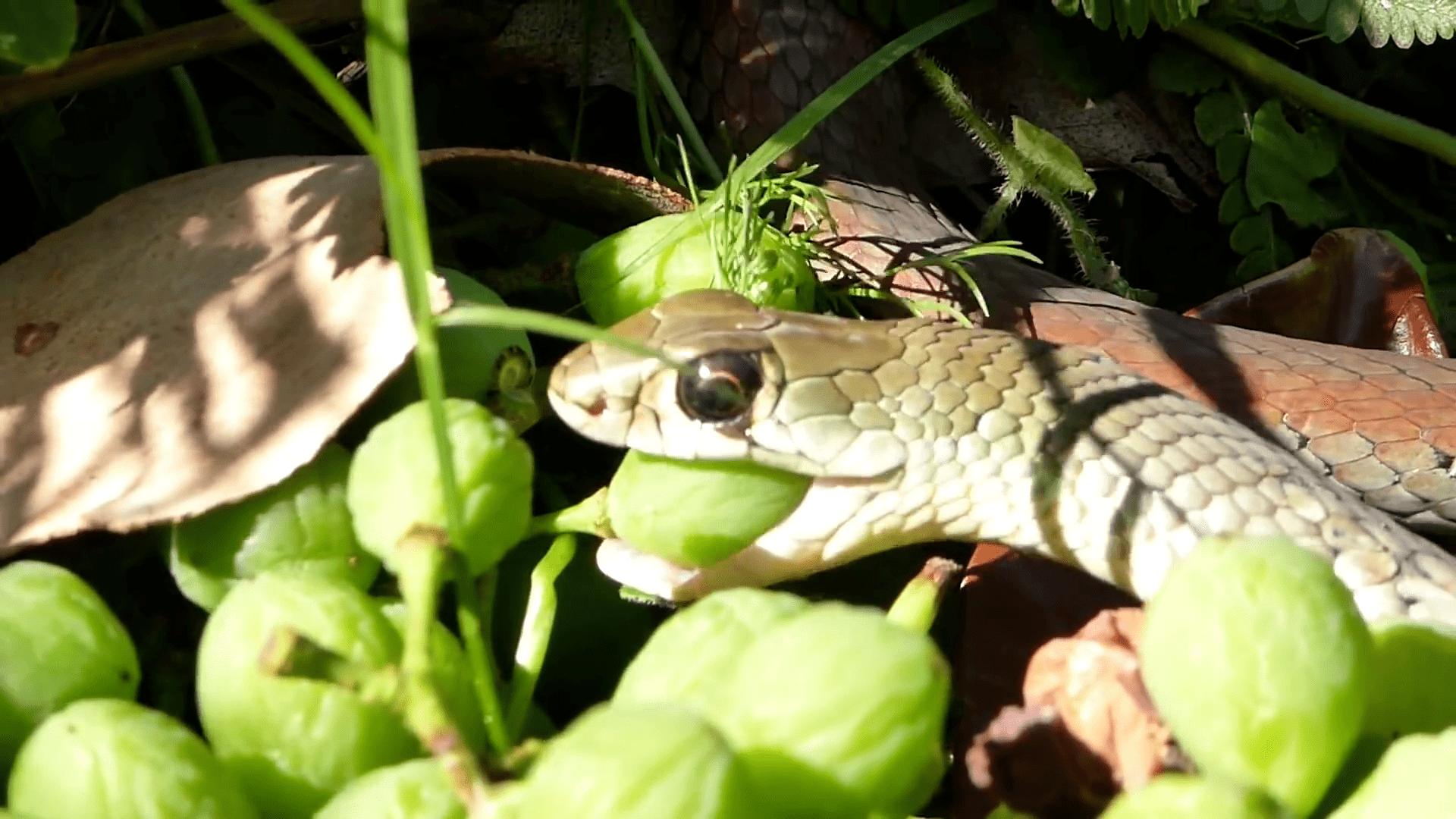 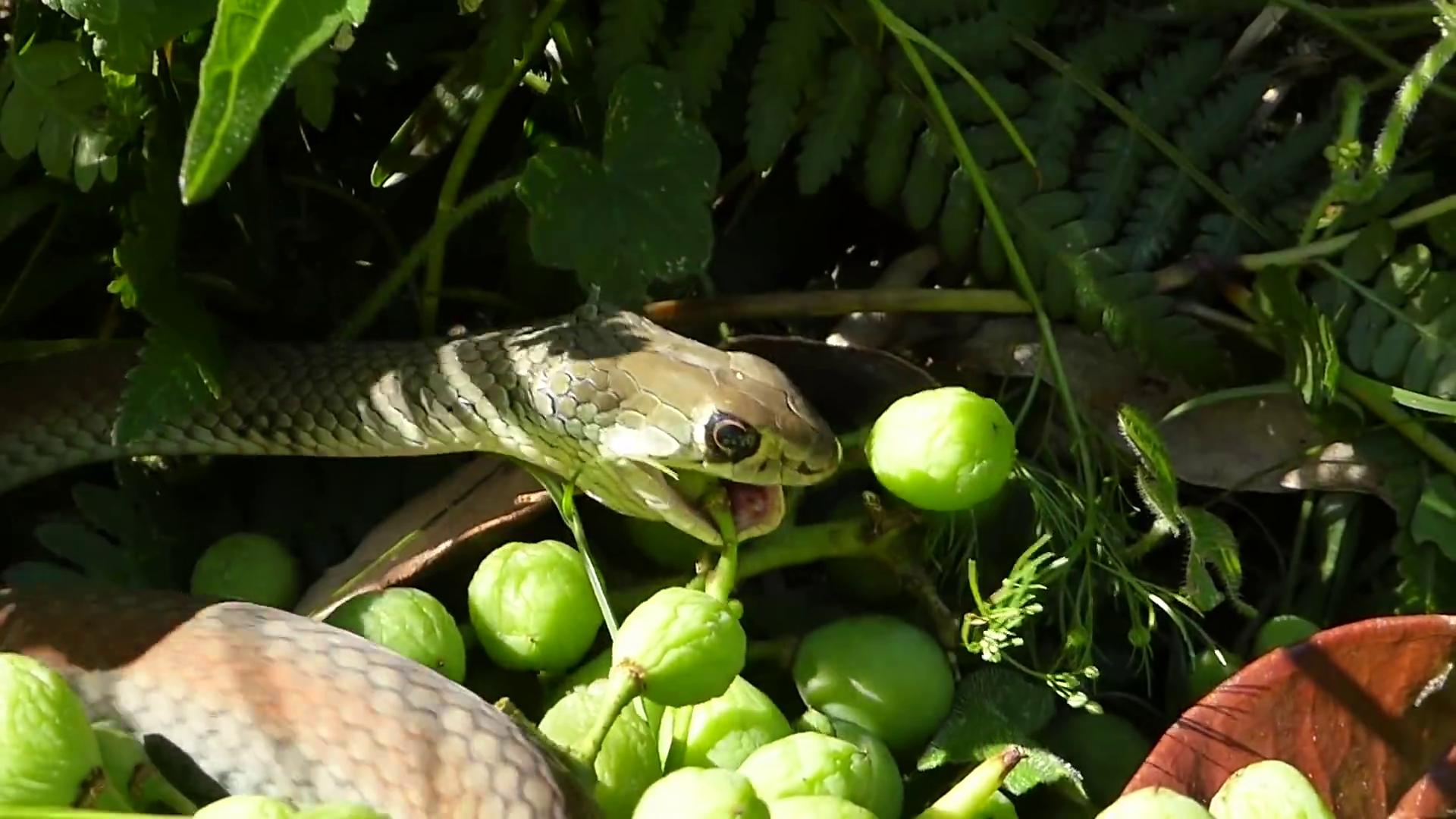 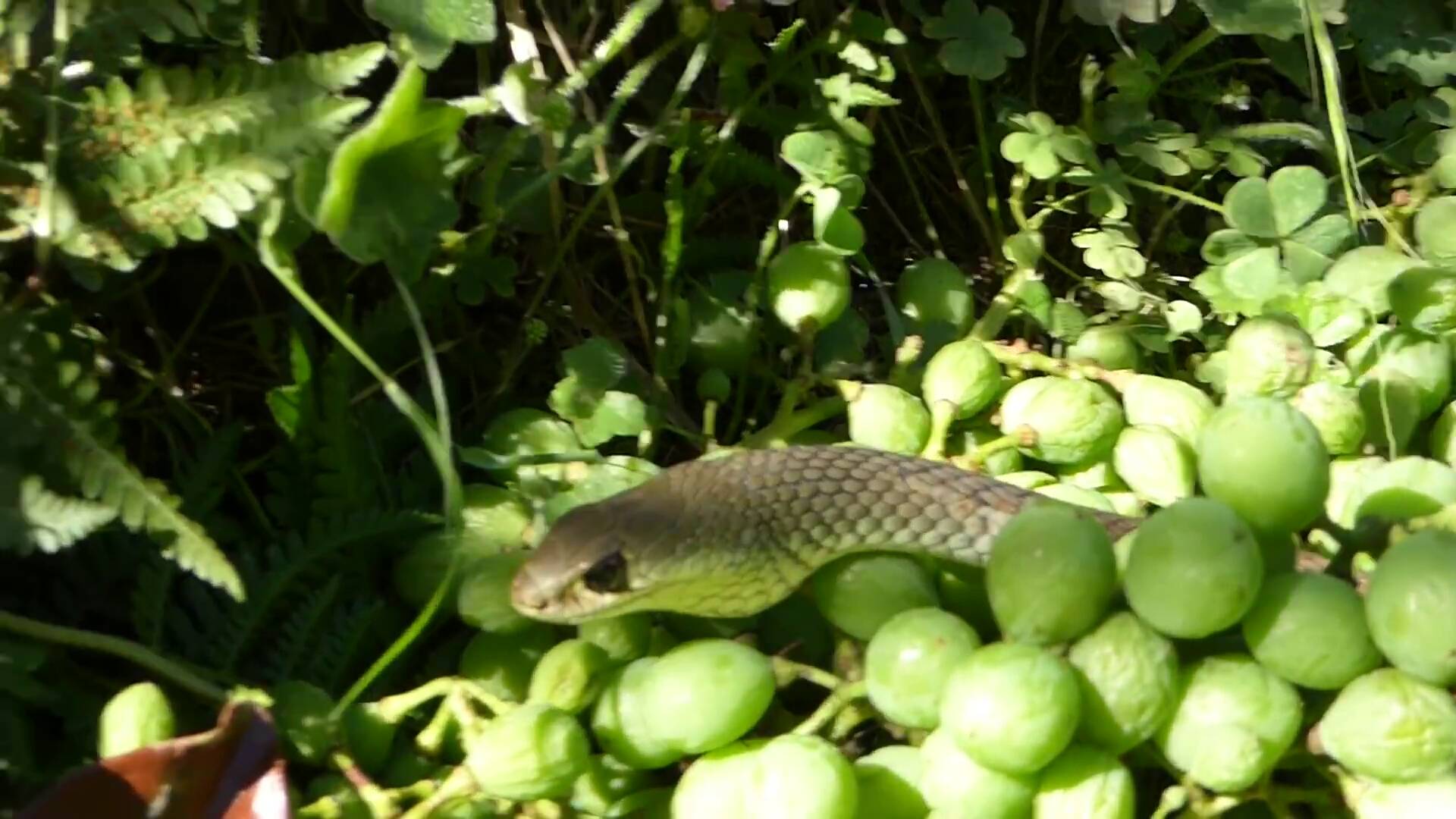 I just saw this video in which a snake is swallowing grapes. ("Whip snake eating grapes"). In the video, the snake just doesn't eat but goes on to swallow 2-3 grapes. I did some research on the internet and in "bio stack exchange" but only to find that "snakes are obligate carnivores", which simply means they don't have the body mechanism to digest a vegetarian diet. My guess is that it mistook the grapes for a prey due to the smell coming from the grapes, which may be left there by a rodent or any other organism the snake feeds on. Can you provide a possible explanation for this snake's behavior? Regards

You're right, snakes rely on scent to capture their prey. The fact that snakes are carnivores may be the one constant among all snake species; absolutely none feed even partially on plant matter. So if plant matter is found in their feces, it must have gotten there accidentally.

Here, check out this post, which answers your question perfectly:

In most instances, these have been attributed to accidental ingestion, perhaps eaten with a prey item or mistaken for prey by scent...One interesting case was discovered by Harvey Lillywhite in a study published in the journal BioScience in 2008. Studying the scavenging behavior of pitvipers in the intertidal zone, Lillywhite observed cottomouth droppings that were composed almost entirely of seaweed. This was too much plant material to have been eaten secondarily or by accident, and he suspected that there was some other cause for the snakes to be eating it (it certainly wasn't for energy as the seaweed was passing through completely undigested. Lillywhite wondered if it was possible the snakes were feeding on seaweed simply because it smelled like fish. An interesting laboratory experiment proved their hypothesis correct; they offered various plants to cottonmouths, some with fish and others without. The plants without fish were investigated by the snakes, but ultimately left uneaten. Those that did contain fish were quickly devoured. Even when the fish was removed, the snakes ate the remaining seaweed simply because it smelled like their prey!

BipashaBipasha
94411 gold badge33 silver badges2121 bronze badges
$\endgroup$
1
Add a comment  |
-3
$\begingroup$
Want to improve this post? Provide detailed answers to this question, including citations and an explanation of why your answer is correct. Answers without enough detail may be edited or deleted.

I've seen a deer eating a live bird so a snake eating grapes doesn't surprise me. My philosophy is that animals know better than us what they are doing, so if someone is mistaking it's probably us.

Anyway, my answer would be that this snake needs a substance (perhaps the acid since it's unrip) contained in those grapes, if it's not for feeding then it's for healing.

Not the answer you're looking for? Browse other questions tagged zoology ethology behaviour fruit snake or ask your own question.