The typical text-book illustration of innervation of muscle fibers shows branches at a single position along the fiber. Does any given muscle fiber have more axons that innervate it though, given that muscle cells can be quite long, up to half a meter in Sartorius? 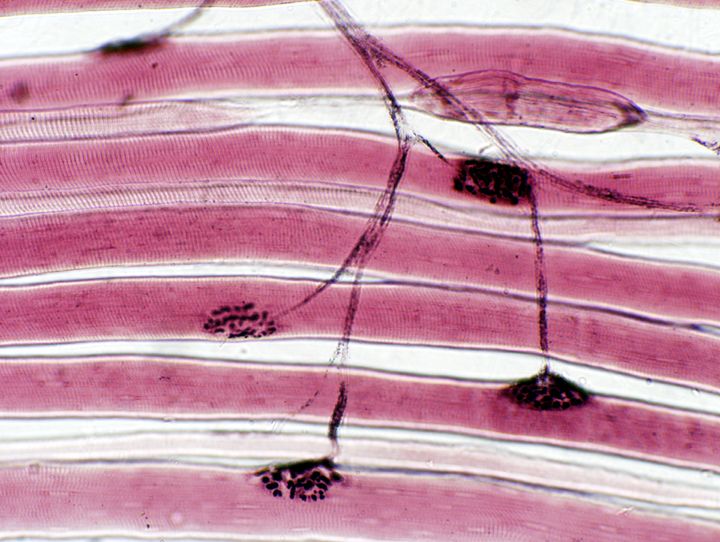 Until a better educated person contributes a more detailed answer, Hunt's article here from 1954 will likely be the best source,

studies have shown that muscle fibres in the frog's sartorius are innervated in two major zones and most of the fibres receive motor endings at at least two regions along their length (Katz & Kuffler, 1941). In this case a multiply-innervated muscle fibre may derive its several end-plates from the same motor nerve fibre. The possibility also exists that a muscle fibre may receive end-plates from more than one nerve fibre, i.e. polyneuronal innervation.

He in turn references an article by Kats and Kuffler from 1941,

As those are both 70 years old, it is likely that more documentation has been produced, and that it could contribute to a competent answer to the question.

Not the answer you're looking for? Browse other questions tagged muscles central-nervous-system or ask your own question.