Why do cell membranes have a lipid bilayer instead of a monolayer?

Many cells have a cell membrane composed of two layers of lipids. Why is it that they have two layers and not just one?

What purpose do this arrangement serve?

Compartmentalising the cell has lots of advantages and purposes. In Koshland's 2002 essay, compartmentalisation was described as one of the seven fundamental pillars of life. Broadly speaking, membranes create different sets of conditions (chemical and biological) inside the cells. This allows more efficient functioning and advanced catabolic and metabolic processing. More complex and adaptable systems were thusly achieved by the evolutionary process.

There have been several molecular dynamic simulations such as this one carried out to investigate the biophysicochemistry of spontaneous bilayer assembly. There, lipids start in random orientations. The ordered bilayers we know and love spontaneously assemble in under 100ns. What's actually happening at a molecular dynamics level is the self-association of the hydrophobic lipid tail groups driven entropically by water. In other words the polar (hydrophilic) head-groups "prefer" interacting with the water (called the interfacial region) and the the hydrophobic tail groups "prefer" not interacting with the water. With those two preferences in play, the lipid bilayer forms. 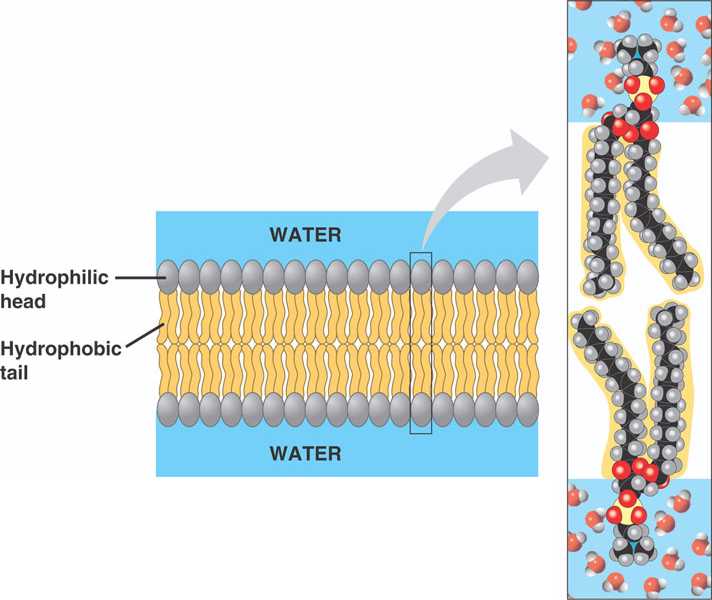 On a smaller scale, micelles also form spontaneously, but this doesn't offer the compartmentalization required for biological functions. 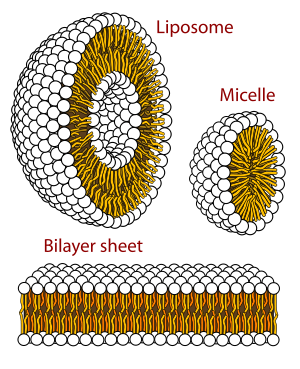 It would appear that the conditions for an ordered bilayer are so favorable that they take precedence over any other orientation or combination. One apparent exception is the archael monolayer. Do see @WYSIWYG's answer that refers to the exceptional extremophiles that use a monolayer. Their comment summarises the monolayer succinctly:

They are technically monolayer but resemble bilayer. Like bilayer connected via a covalent bond. These membrane lipids have two hydrophilic heads and a hydrophobic "torso".

Why Bilayer and not a Monolayer

Lipid monolayer vesicles are possible as you mentioned (for example micelles). However, you have to understand that the cellular interior i.e. the cytoplasm, is aqueous and therefore a monolayer vesicle like micelles would not work. In micelles, the two compartments - interior and exterior, have to be of opposite nature for the stability of the micelle. In other words, you cannot have an aqueous environment inside a regular micelle. Conversely, you cannot have a non-polar environment inside an inverse-micelle.

Since both the exterior and the interior of a cell are aqueous, both the membrane surfaces have to be hydrophilic. This is possible only in case of a bilayer of usual amphipathic lipids with a hydrophilic head and a hydrophobic tail. However, monolayers are possible in lipids which have two hydrophilic "heads" at both ends and a connecting hydrophobic "torso". Such lipids are found in certain archaea such as Thermoplasma and Ferroplasma, like Miguel mentioned (see this article for more details). As you can notice, these monolayer membranes would be more rigid than bilayers which may be the reason why they evolved in extremophilic archaea. 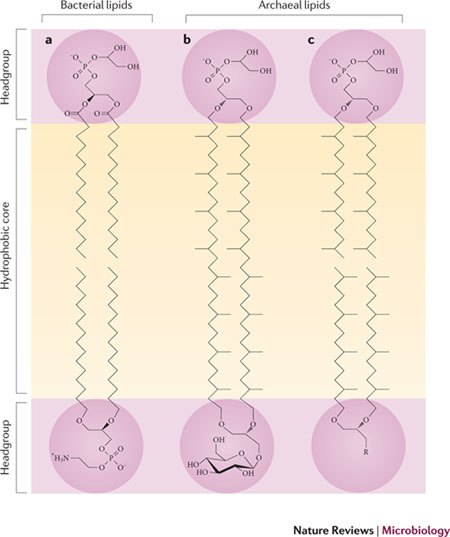 Actually there are monolayers in some extremophilic archeon, wich have both layers of the regular membranes attached by covalent bonds.

However, the main reason is that membranes are formed by virtue of hydrophobic interactions. Phospholipids are amphipathic mollecules wich have a polar "head" (given by the negative charge of the phosphate group) and an hydrophobic "tail" (usually two alliphatic chains).

The mollecule tries to avoid the state of minimal entropy, wich in this case would be to "swim" freely in the water. In this hypothetical state, water mollecules would need to orientate themselves in order to minimize the contact with the hydrophobic tail (wich are very big mollecular gropus who doesn't atract the polar water mollecules) and to maximize the contact with the polar head. If this mollecule finds more mollecules of their kind they will stick together by their hydrophobic tails, because that will reduce the urge to organize water mollecules, and by so, raising the entropy of the system. There are some posible conformation wich allow to do this, and one or other will produce depending of the composition of the lipid mix.

Lastly, membranes serve mainly as selective barriers wich separate the internal cell, whose conditions are regulated, and the outside. Membranes can have embeded enzymatical systems, such as photosystems, respiratory chains or some key metabolic paths. Also, they usually contain sensitive proteins who respond to the external condictions and regulate the behaviour of the cell. Other functions can be found, but those are the most important.

16
Why doesn't the cell membrane just...break apart?
8
Why should phospholipid non-polar tails be "protected" in the membrane bilayer?
0
Why is a membrane polar on the outside and non-polar in the inside?

5
Significance of basal lamina for outer layers of epithelium
5
Simple diffusion of lipid-soluble molecules through phospholipid bilayer -- does anything get "stuck" in transit?
16
Why doesn't the cell membrane just...break apart?
4
Do cell membranes have more phospholipids in one layer than in the other?
5
Are nucleic acids found in cell membranes?
8
Why should phospholipid non-polar tails be "protected" in the membrane bilayer?
2
Purpose of intensive protein synthesis in G1 phase of mitosis
9
How fast do lipids on the inside and outside of a lipid bilayer exchange?