When did bison exchange smartness for larger skeletal muscles or a digestive system that can ferment grass?

From time to time, evolution favors a dumbing down; sacrifice some smartness in exchange for larger skeletal muscles, like bison, or for a digestive system that can ferment grass, again like bison.

Roughly when did these evolutionary changes occur?

Patricia Churchland is wrong there.

Bison are very big deer/goats, and they are not dumber than deer and goats, you know how clever sheep are! There is a theory that they are related to a rabbit sized early ruminant about 40 million years ago.

Bison and deer have common ancestors about 17 million years ago.

Goats and deer have common ancestors about 22 million years ago, they have a similar digestive system to bison, your book is being vague there.

Oligocene epoch: The formation of the Himalayas and the Alps brought about significant geographic changes. This was the chief reason behind the extensive diversification of deer-like forms and the emergence of cervids from the Oligocene to the early Pliocene.[50] The latter half of the Oligocene (28–34 Mya) saw the appearance of the European Eumeryx and the North American Leptomeryx. The latter resembled modern-day bovids and cervids in dental morphology (for instance, it had brachyodont molars), while the former was more advanced.[51] Other deer-like forms included the North American Blastomeryx and the European Dremotherium; these sabre-toothed animals are believed to have been the direct ancestors of all modern antlered deer, though they themselves lacked antlers.[52] Another contemporaneous form was the four-horned protoceratid Protoceras, that was replaced by Syndyoceras in the Miocene; these animals were unique in having a horn on the nose.[45] Late Eocene fossils dated approximately 35 million years ago, which were found in North America, show that Syndyoceras had bony skull outgrowths that resembled non-deciduous antlers.[53]

This science mag study contradicts with the wiki references by about 20 million years: 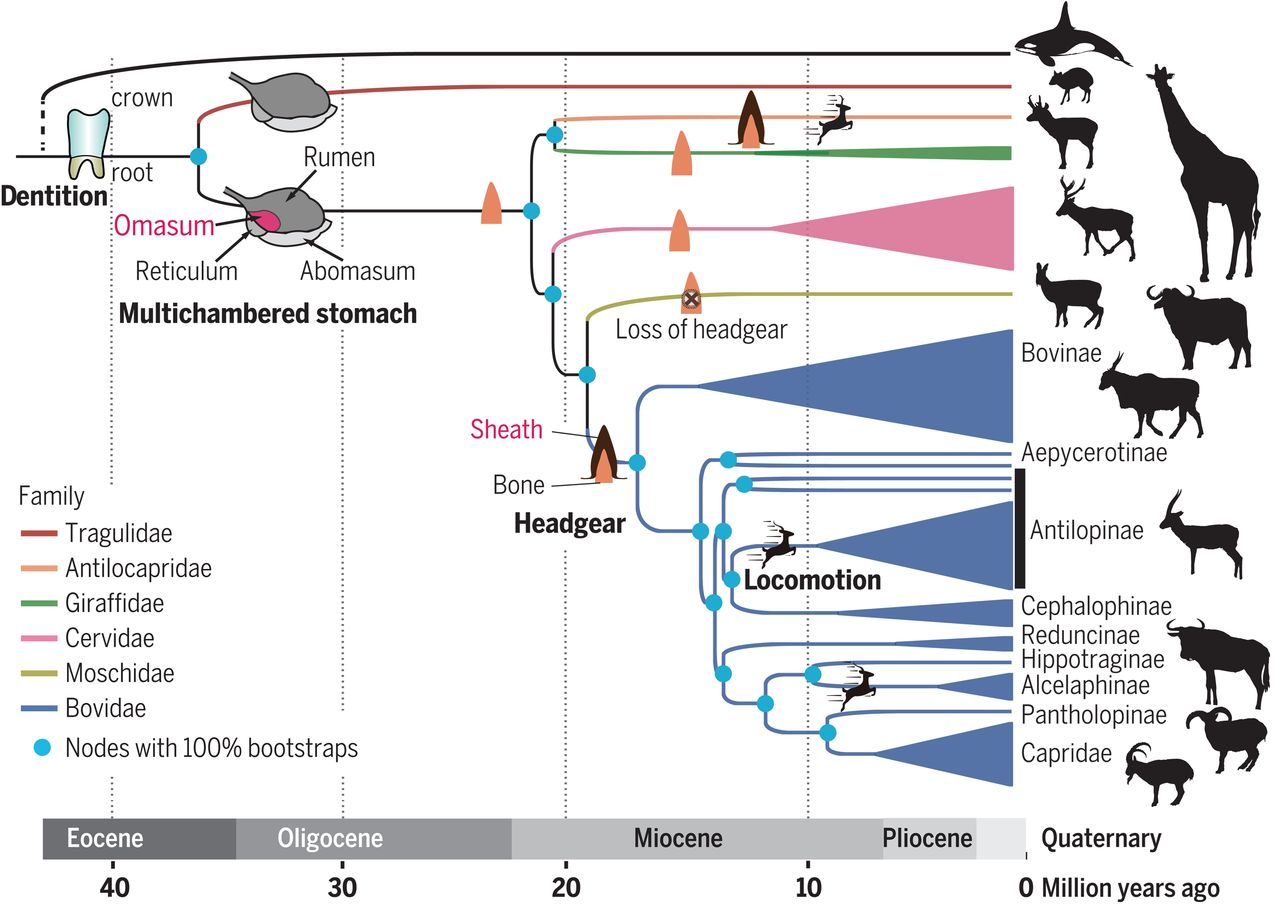 Here's a giant book on the topic of ungulate radiation based on their teeth, it doesn't give an easy answer to your questions though, it implies that there have been many genera of ungulates the size of cats and dogs and larger in the paleocene: https://www.researchgate.net/publication/36248483_Adaptive_radiation_of_early_Paleocene_ungulates/link/0c96051683bae86a84000000/download

Bison are at the top of the ruminants, after the cervus (deer): 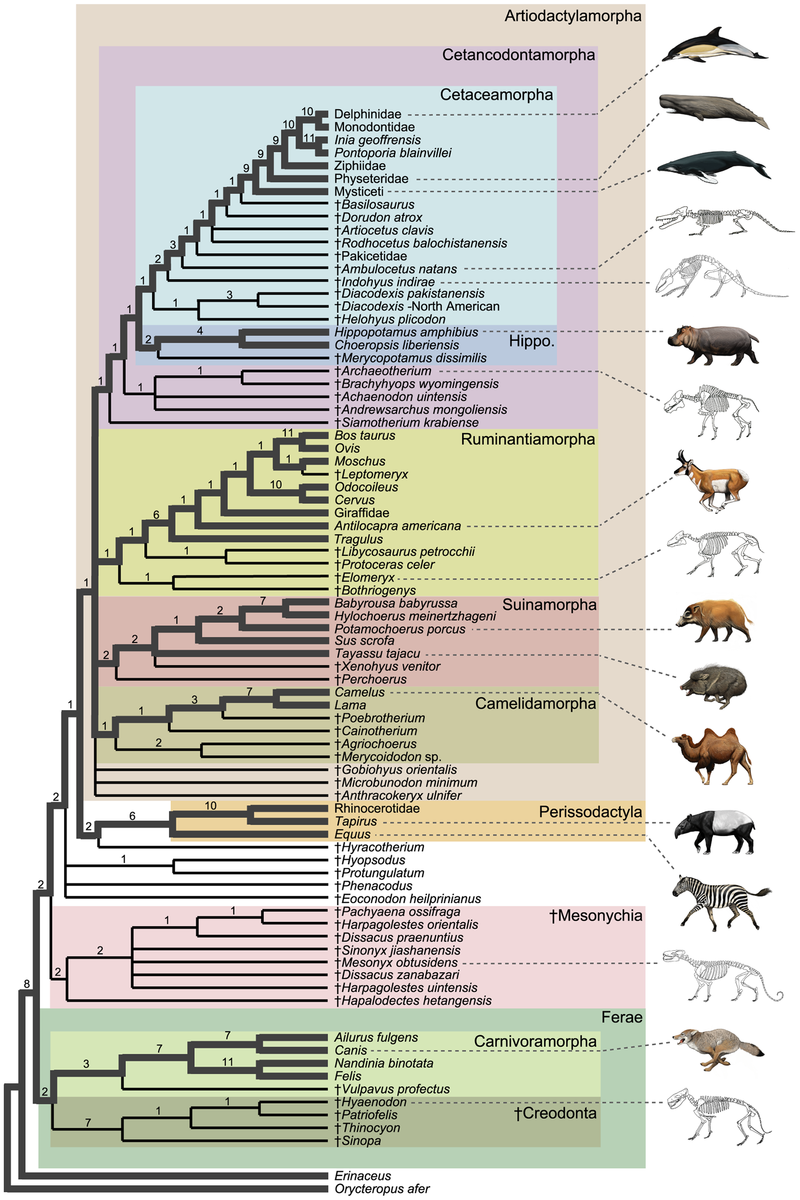 That book is sociology and neuroscience, and it lacks depth for evolution. Evolution is fabulous at providing evidence and physical details, so she should demonstrate some examples ( bat digits, hand structure of primates, resemblances of sea mammals).

22
When did vision evolve for the first time?
10
How and when did a dedicated immune system evolve?
13
When did CRISPR/Cas9 evolve and what is the likelihood that a superior system for live cell genome editing has already evolved on earth since then?
8
Is Mutation Theory still "valid" for complex organisms?
1
Evolution as a directed graph exploration?