Do any known viruses contain “junk” or parasitic genomic information?

After reading about so-called "mystery proteins" in this excellent summary of the coronavirus genome (and acknowledging that the "mystery" simply reflects our lack of knowledge about a very new virus), I'm curious if any known viruses can contain parasitic genetic information "along for the ride", or if their genomes are selected, generally speaking, to be as informationally efficient as possible, for what is encoded? In other words, does selection pressure allow for these parasites to contain their own parasites, and are there known examples of such, if so?

Analogous to the parasitic transposons mentioned in the paper linked by canadianer, phage-inducible chromosomal islands are mobile elements that "hijack" the molecular machinery of bacteriophage during lytic infection of Gram-negative hosts. PICI elements, as they're called, encode Rpp proteins that complex with the phage TerS homodimer, changing the conformation of the complex such that the PICI cos mimic is preferentially bound and packaged into the empty capsid. Fillol-Salom et al. 2019 1 discuss in detail the mechanism of PICI propagation and provide a good graphical abstract of the process: 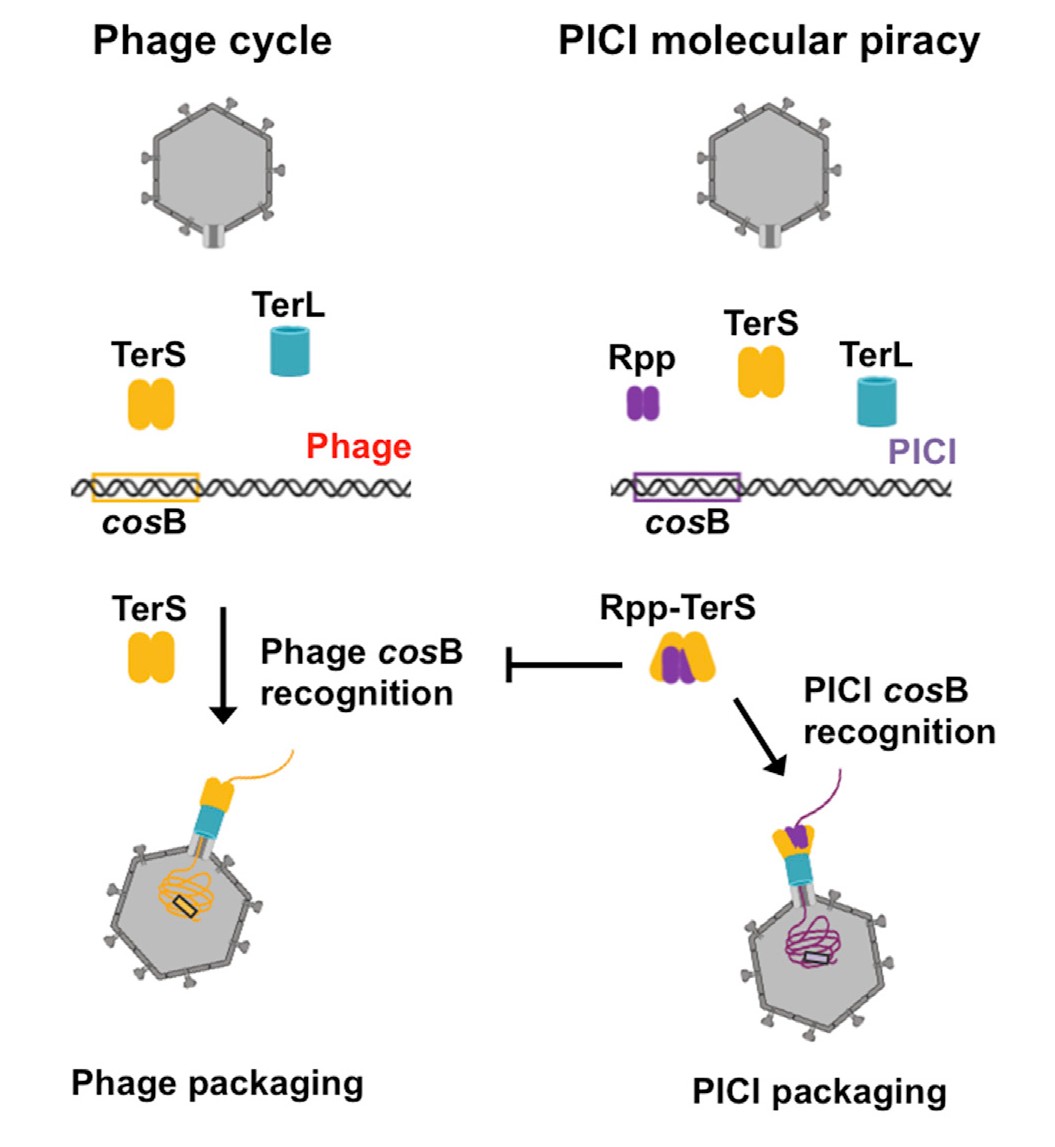 Note that this answer does not directly address the question of "junk" DNA in viruses, as PICI elements are dormant in the genomes of the bacterial hosts rather than the genomes of the viruses themselves. Though, I believe this is relevant insomuch that they parasitize bacteriophage, and are therefore "along for the ride" in the viral capsid.

Not the answer you're looking for? Browse other questions tagged virology natural-selection parasitism information-theory or ask your own question.

6
Where does the term “cos site” come from?
2
Are there any DNA viruses with junk DNA in them?
0
Do viruses pickup new genetic sequences from the host cell?