Did my wildlife camera take pictures of coyotes?

A wildlife camera took these photographs of these animals. These are the only pictures my camera collected of them. This picture was taken in the central interior of British Columbia, Canada. The distance from the camera to the subject is a few meters, and the height of the camera off the ground was probably about 50 cm.

I think they're too small to be wolves, and they don't appear to be any of the dogs I've seen in the area. My intuition strongly points to them being coyotes based on pictures, videos, and occassionally seeing them in the light of day. However, I'm hoping that someone can explain why my intuition is right, if it is right. 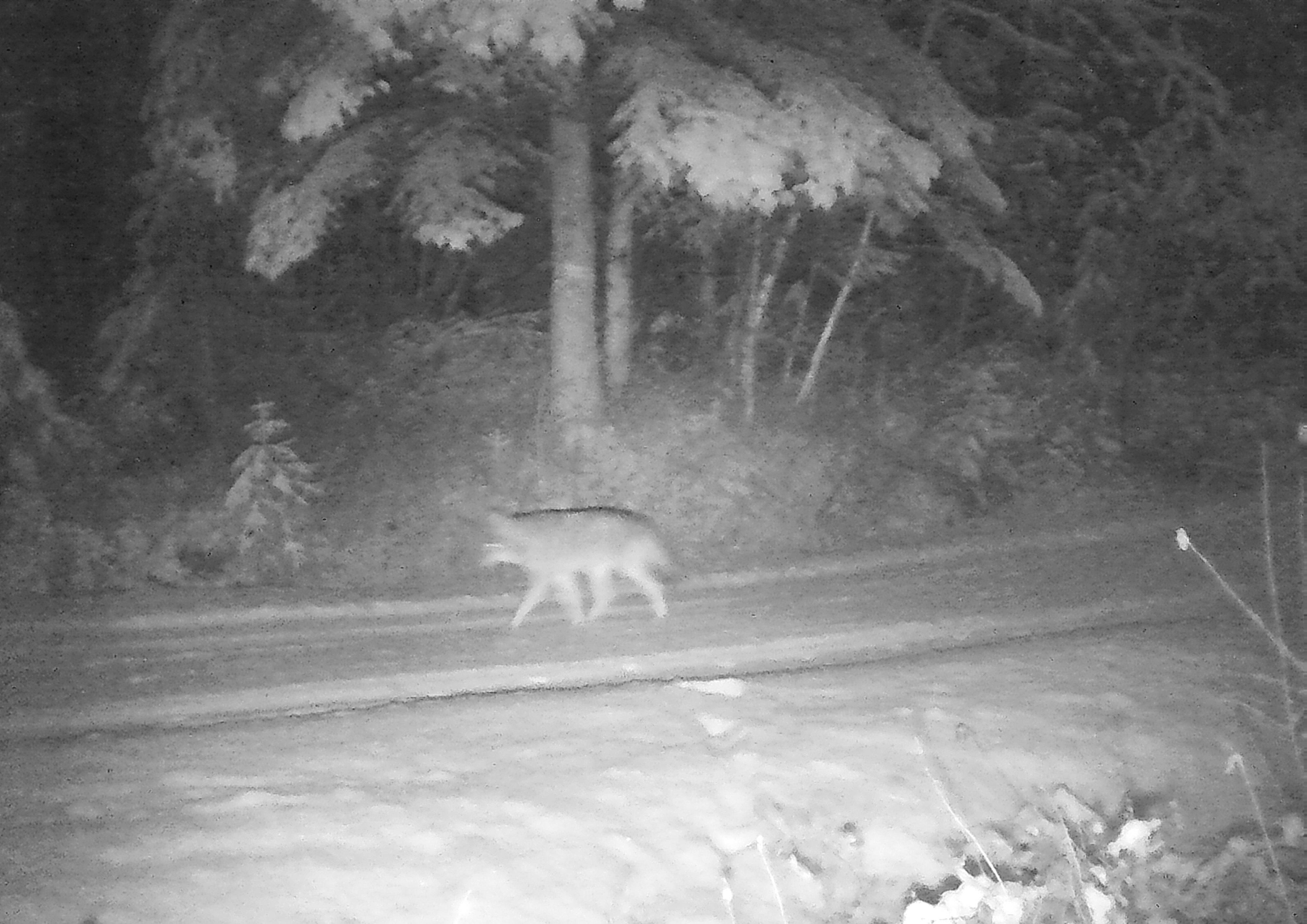 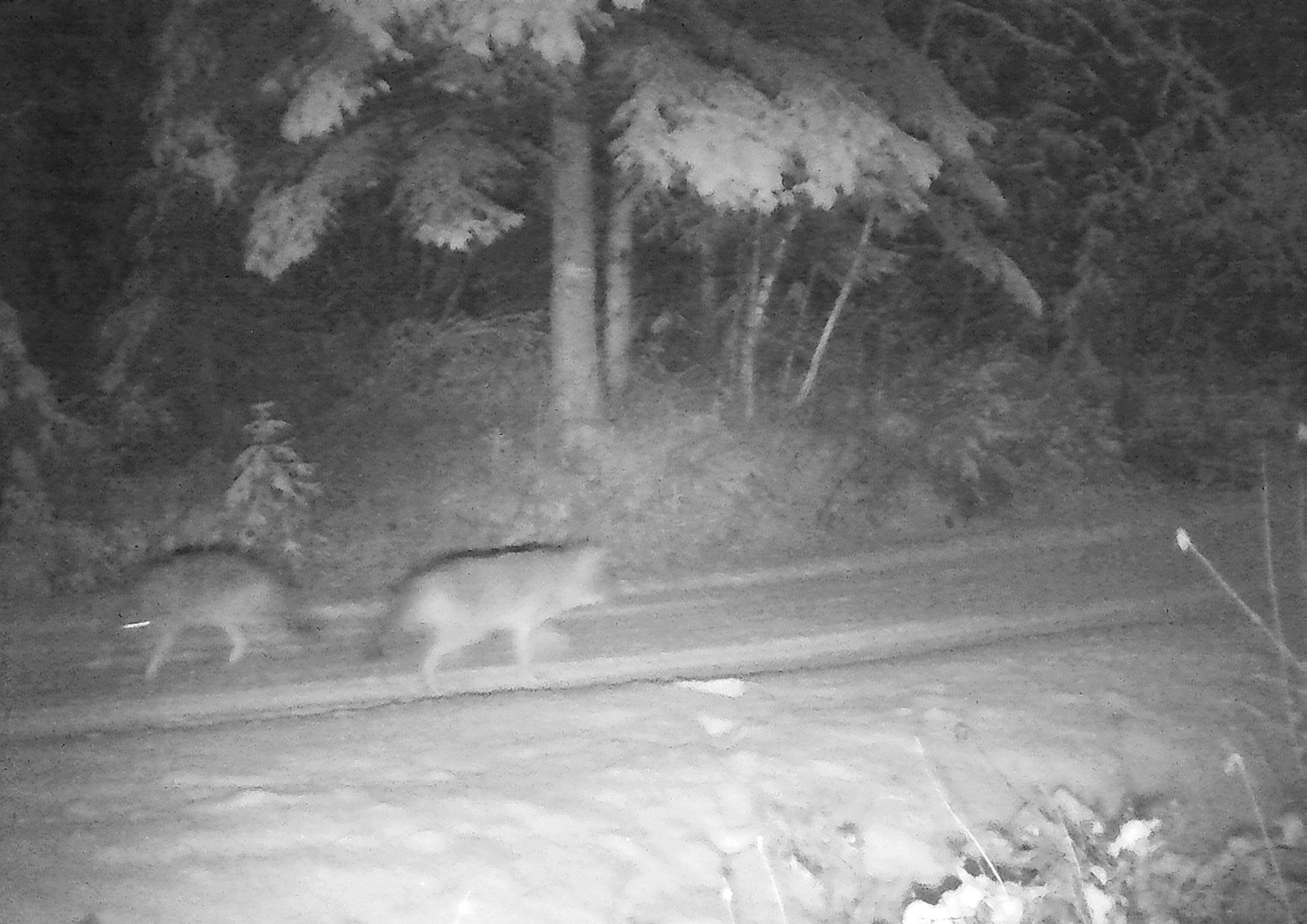 The small coniferous tree beside the road (left of center) is about 50 cm tall.

While I generally try to avoid cross-posting, I have started pooling my observations into iNaturalist. These photos can be found as Observation 110928801.

Yes, these are likely coyotes.

Your options of dog-like carnivores (i.e., Canidae) in BC include the following:

[I'm not trying to be comprehensive, but rather just pointing out the easiest evidence we can see]

I know what you're thinking: "duh, get to the wolves vs coyotes already!!"

See here for a guide to differentiating wolves, coyotes, and dogs

This leaves the coyote:

So, based on the the few number of individuals, coloration, and perceived relative size of your specimens, it seems most likely that these are coyote. If you can get us estimates of height and diameter of the foliage in the background, this could be stated more definitively.

You could always go back to the site and photograph and compare the tracks, too (try starting here and here to compare)....

Though of course, it could always be a "coywolf" (also see here) :p.

Not the answer you're looking for? Browse other questions tagged species-identification mammals or ask your own question.

9
Wolf or Coyote?
2
Did my wildlife camera take a picture of a lynx?

4
Green feather-like formations in tap water - what is it? (with pictures)
10
How did dolphins acquire their dorsal fin?
14
Name and Behaviour of Arthropods near a Cactus
3
When did the mammalian outer ear evolve?
23
What are these bladder snail parasites?
4
What mammal or creature dropped this? (Warning: Gross Pictures)
2
Did any warm blooded animals evolve back into cold blooded?
2
Did my wildlife camera take a picture of a lynx?