Existing DNA molecule acts as a template to synthesize new DNA molecule. The cell doubles it's DNA, yet the number of chromosomes remain the same

That doesn't make sense to me. I'm very confused.

A comment by user AlwaysConfused has answered one part of the question, but I think that the OP's confusion is related to a point of language or teaching. The number of chromosomes doubles during S phase (C number), but the ploidy of the cell does not change (N number). That's what your textbook is trying to tell you, it's just stating it fairly confusingly.

When we say that there are the same number of chromosomes before and after S phase, that's just a lie that we tell ourselves to keep from getting confused. We have invented the C vs. N terminology that AlwaysConfused mentions to try to handle this: we say that the 2N of a diploid cell remains constant across the cell cycle, while the C number alternates between 2C (before S phase) and 4C (after S phase).

For you, this confusion seems to be worse because how we represent chromosomes is not what chromosomes actually look like, and this has gotten mixed up with the definitions of chromosomes.

When we draw pictures of chromosomes we draw them neatly like they are in mitosis, but that is not at all what they look like in interphase. They are still chromosomes during that time, they just aren't pretty and neat ("condensed").

To sum it up more, here is a diagram of chromosomes in interphase (most of the time) vs. during mitosis: 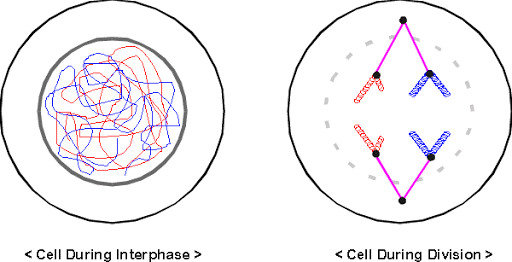 It is only during a very specific part of the cell cycle (mitosis) that the chromosomes are packaged up ("condensed") in such a way that we can readily see them as discrete entities. The rest of the time they're all glommed together and are organized instead according to transcriptional activity etc. rather than according to which molecule they're part of. Remember: chromosomes are very big molecules and if they are "loose" they have a total length that is many orders of magnitude larger than the diameter of the nucleus; so the nucleus is like a big bowl of noodles in interphase.

In S phase it will just be a bowl with twice as many noodles in it as before, because there are twice as many DNA molecules ("chromosomes"; "chromatid" is a term that only applies to the condensed form in mitosis). 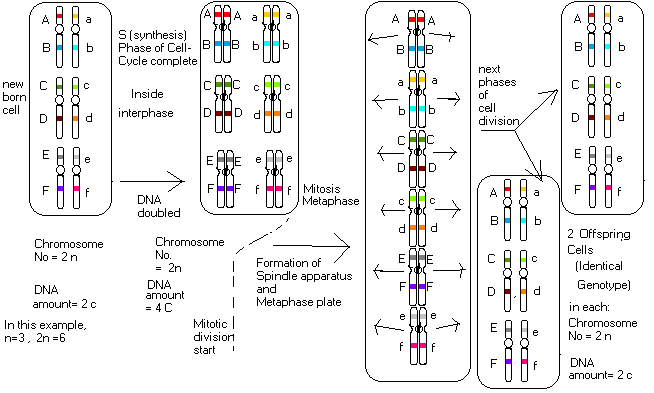 "By chromosomes in the S phase, do we mean actual "rod-shaped" structures that are formed from chromatin condensation or it's just the chromatin threads taking the shape of chromosomes?"

it is just the Chromatin threads (DNA + some proteins) loosely spread in nucleoplasm (karyolymph) in an entangled, noodle like manner. Yes, there is a visibility issue, during interphase (G1 S, G2) the euchromatin regions of the chromatin fibres stays in a decondensed form of 30 nm or somewhat more condensed 60 or 130 nm (The Cell, G.M. Cooper, ed-4) whereas maximum resolution (d) achieved by light microscope is somewhere about 200 nm

Here is an image of 2 chromatids in 1 chromosome : 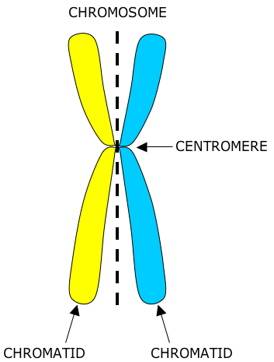 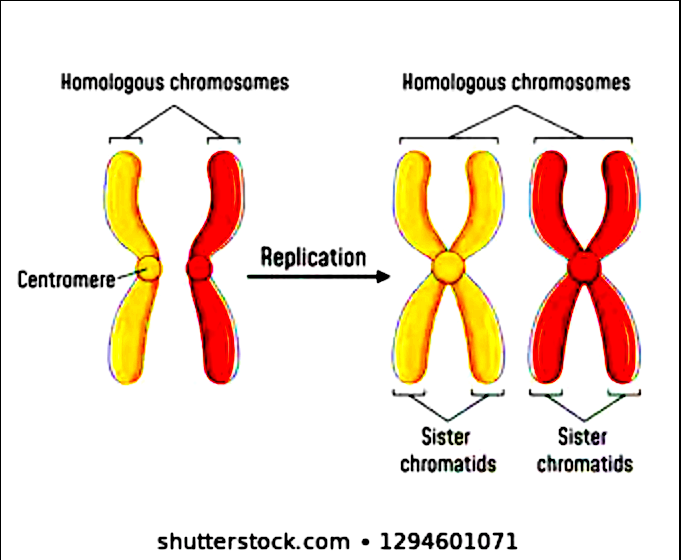 In the following sketch; the changes through chromosome number and form is shown diagrammatically. The terms A and B here are just for labelling purpose, they aren't any technical terms. 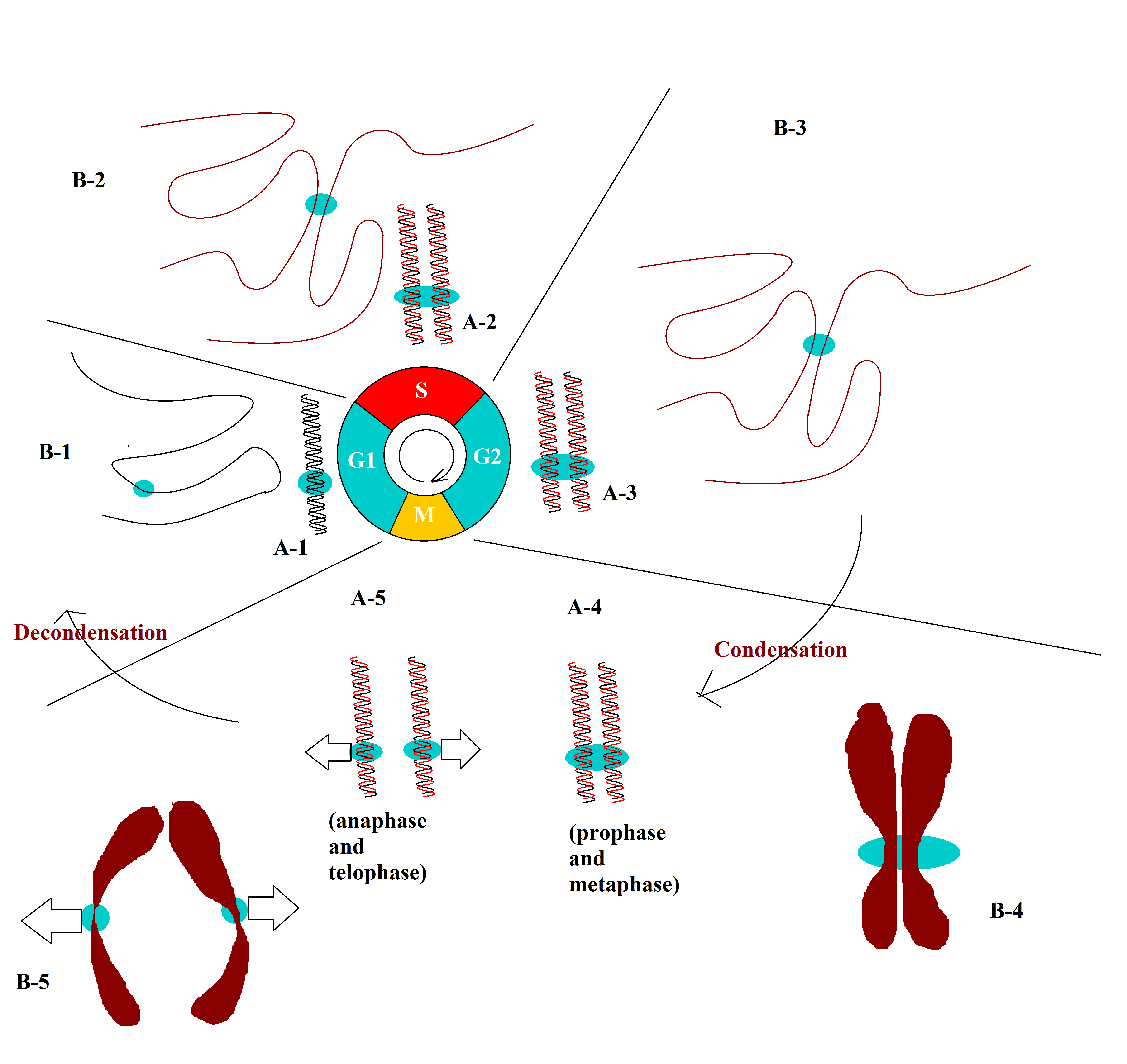 image A (1-5) shows what happens wth DNA; and Image B (1-5) shows somewhat realistic appearance of chromosomes (and chromatids); during cell cycle.

Not the answer you're looking for? Browse other questions tagged cell-cycle or ask your own question.

1
Cell cycle-regulated genes and mRNA
1
Is there interphase between meiosis I and meiosis II?
2
What determines the reversibility of cell of G0 phase in cell cycle?
4
Cell cycle arrest and apoptosis
2
Why don't cells double gene expression after S-Phase?
1
What is the meaning of "gap" in G1 phase?