Is the colour of a chrysalis predetermined?

Usually, chrysalis of butterflies camouflages with the surface it is attached to, for protection, as I understand it. There are exceptions, though; For example, the golden chrysalis of Euploea core is reflective and literally pops out of its background. My point is, what is the evolutionary advantage of that? 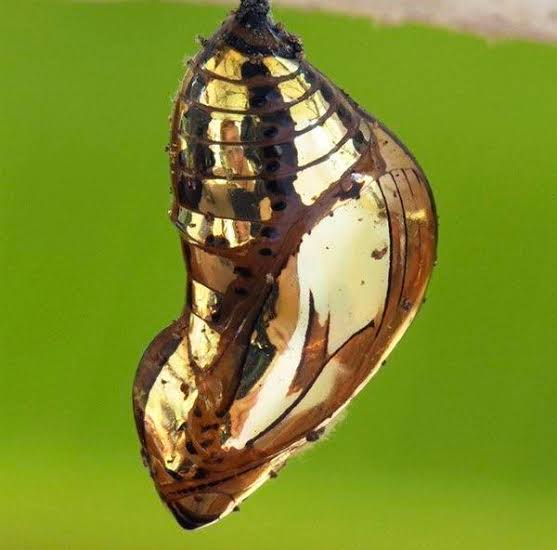 Edit: user -personjerry pointed out that shiny colours indicate poison. So the main question now is, if the aim was to scare off predators, why aren't they red/black in colour (as red means impending danger in the animal world)? Also, wouldn't developing a red pigment be much easier? In these cases, is the colour predetermined?

Generally, in biology nothing is designed but if something is working it is saved for the future generations. Chemistry of colors is a complicated field, you can't just slightly modify single "color" molecule to get any color you want. Maybe in chemical sense the material of this shell can be easily modified to get shiny. Suppose it happened occasionally once due to sporadic mutation and no one dared to eat this chrysalis, which gave abundant progeny.

8
Does the entire surface of the earth contain organisms?
4
What does the energy in an energy pyramid represent?
6
Population where most of the newborns die soon?
2
How is the Energy Systems Language used in ecology?