What is this yellow sticky excretion from a moth? Details in photos

Saw this moth on some grass the other day and took some bad phone photos. I'd like to know what the yellow excretion is. I believe it is an excretion from the moth (as opposed to for example, some bubble gum someone dropped on the ground), because it was attached to the tail end of the moth instead of its whole body. 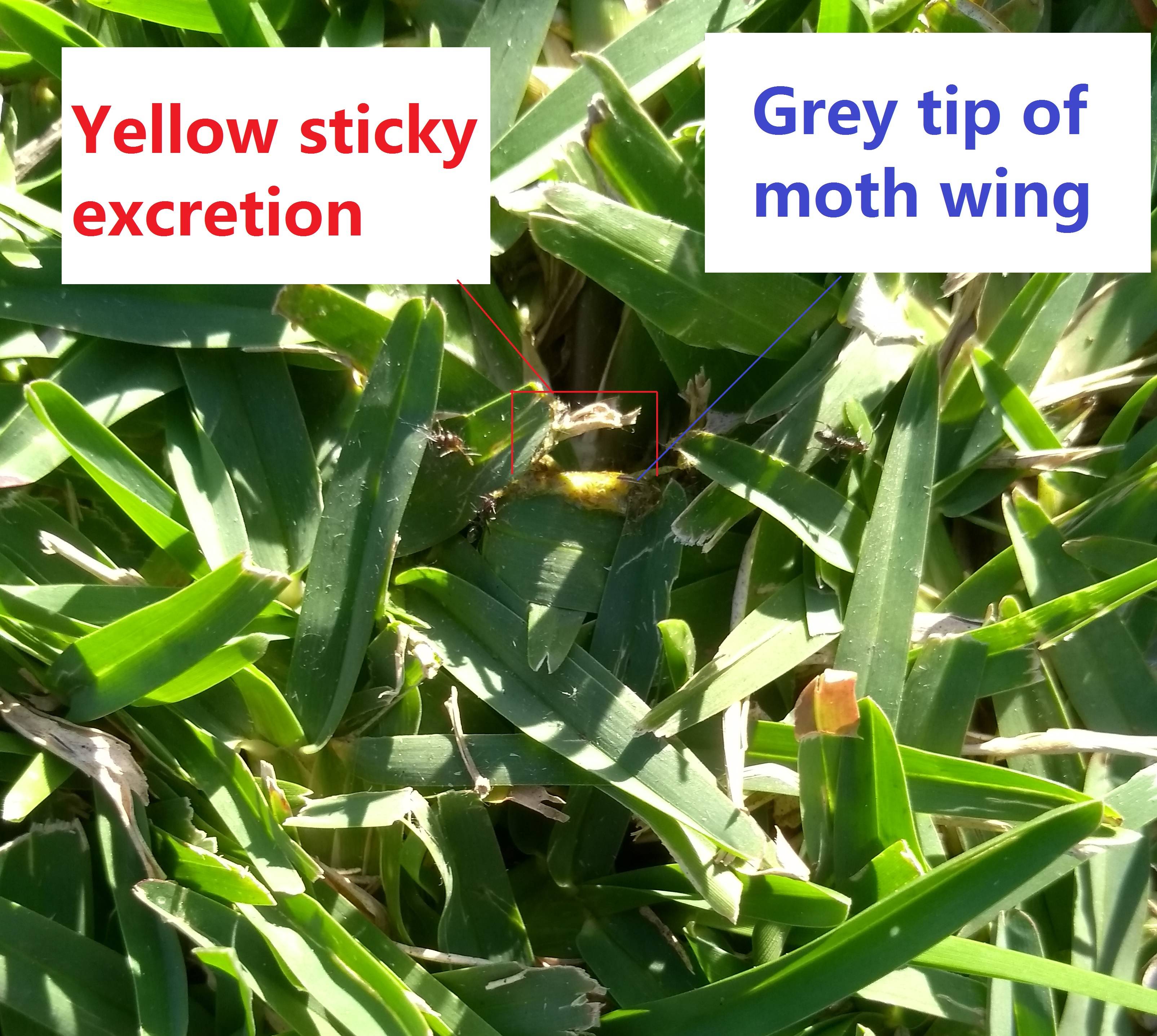 I tried to label the pictures as best I could, you may have to look closely. You can only see a tiny portion of the moth wing in the first picture, below.

The yellow thing was quite sticky but not as hard as bubble gum, as it stopped the moth from flying away. It was frantically flapping its wings trying to get away from some ants, which seemed to be very attracted to the yellow thing. At first I thought the swarm of ants were eating the dead moth, but the moth was alive and the ants were more interested in the yellow sticky thing. I got a thin stick and pulled away some of the sticky stuff and the moth was free enough to crawl away, taking the yellow sticky thing with it, leaving a thin trail behind, like when you stretch out bubble gum. It seemed to be very sticky to the moth and my stick, and very tensile, because unlike a spider's web, I was able to draw it out more when I tried to pull it away from the moth to free it.

I am so curious to know what it might be. I don't think it was made by ants, because it seemed to be attached to, or coming from the actual moth, although, the ants did not seem to be stuck to it. 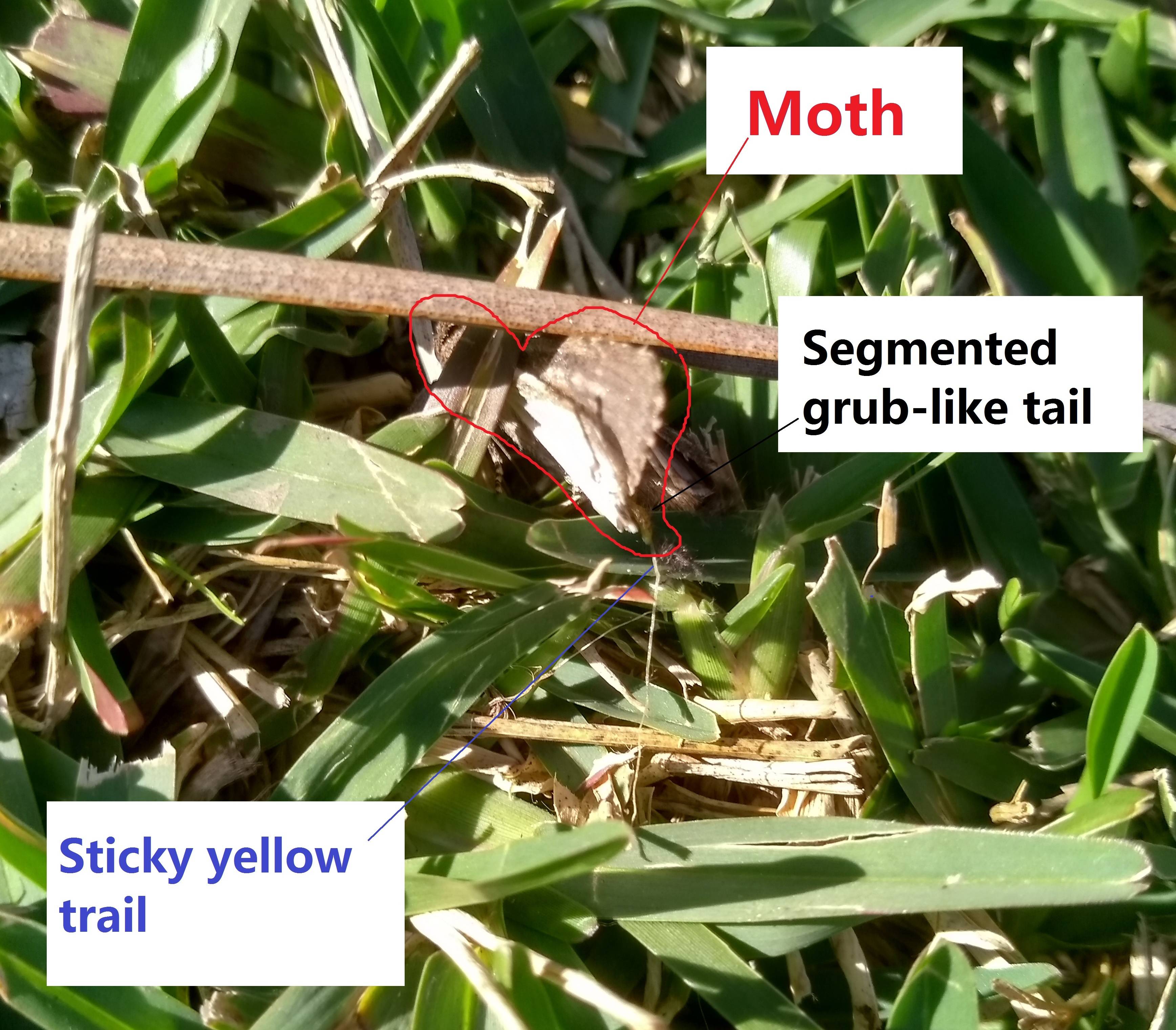 Please add "moths" to the tags if you have enough 'reputation level' to do so.
Thank you

species-identification entomology lepidoptera
Share
Improve this question
edited May 6 '20 at 5:14

Some moths exude a yellow lymph excretion when they are threatened.

The photo is not very clear, It's difficult to see the species of moth. what did the moth do after? did it fly away? If the moth was looking ill, it could be that it had a parasite.

4
Caterpillar identification
4
What kind of snake is this?
3
What moth is this?
8
Please identify this moth from Bangladesh
1
Identifying very tiny worm
3
Help identifying a fly by its remains
17
Identify this giant green moth(?) with great taste?