Have I identified this species correctly? Weird ocean blob

I often comb the beaches in Santa Cruz (central California coast) for weird stuff that washes ashore. The waves have been a lot stronger than usual the last few days, and the today the beach was covered in a thick layer of kelp and other seaweed. There were even two dead seals washed up on the sand. Most intriguing however was this translucent oddity: 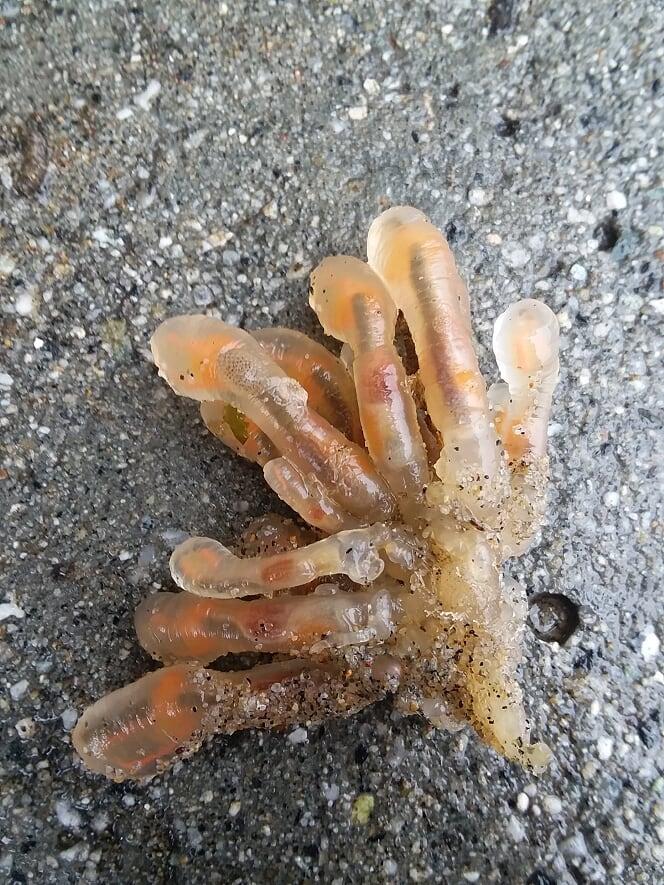 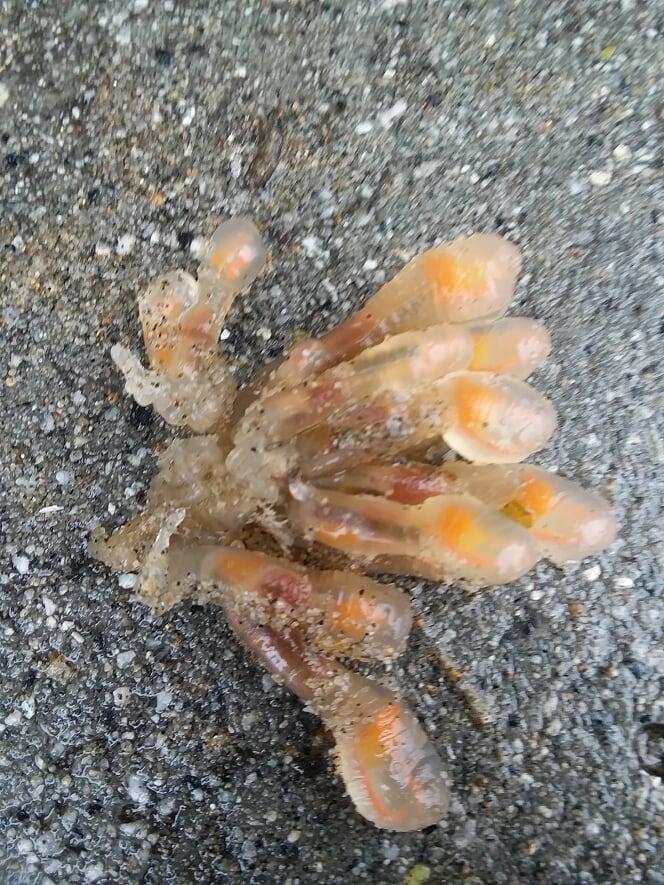 It's about two inches across at its largest. I moved it to a concrete wall to photograph so I could turn it over without coating it in sand, but I found it down much closer to the water. It seems all but certain that it was ripped up from the seabed. I think there's a tiny snail attached to it, visible in the first picture.

Having done some digging, my best guess for the identity of this species is some kind of ascidian tunicate. The closest comparison I find is this picture of Ciona intestinalis: 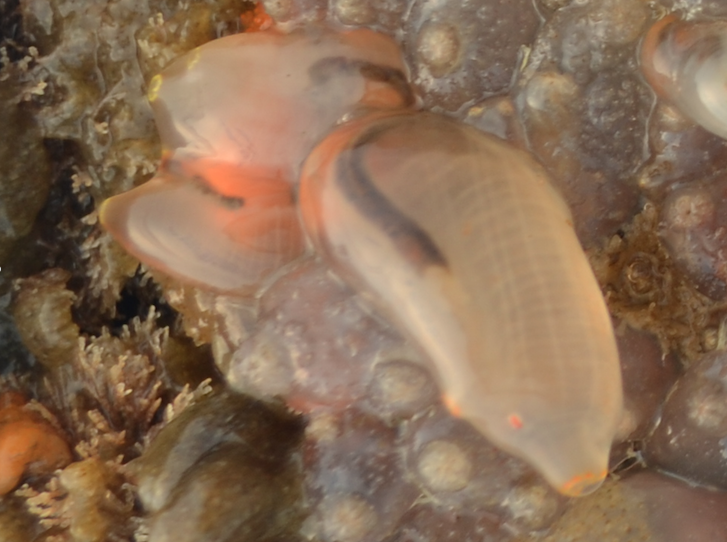 due to the orange hue and the distinctive black cord running through it. However it seems much fatter and I didn't notice a siphon on my specimen. Additionally, most images of the species show a much paler color and even more prominent siphon. My specimen might have shriveled from being out of the water though.

So, my guess is Ciona intestinalis. Can anyone confirm or refute?

A coworker of mine was able to identify the specimen as a Lightbulb Tunicate, Clavelina huntsmani. The distinctive "lightbulb filaments" that give the species its name can be clearly seen in the pictures I posted: 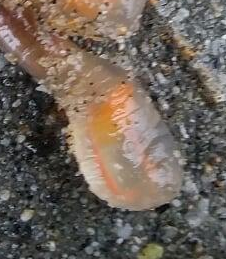 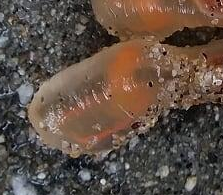 So it was indeed an ascidian.

Not the answer you're looking for? Browse other questions tagged species-identification marine-biology or ask your own question.

4
How are two species with similar phenotypes identified as different?
8
Can anyone identify this chrysalis? (Identified)
6
What species is this?
4
Species identification - greenish blue ocean worm (nudibranch?) in Perhentian Islands, Malaysia
6
What is this weird spider?
3
What kind of weird little insect is this?